This Week in Programming: Lazy Programmers and Long Load Times 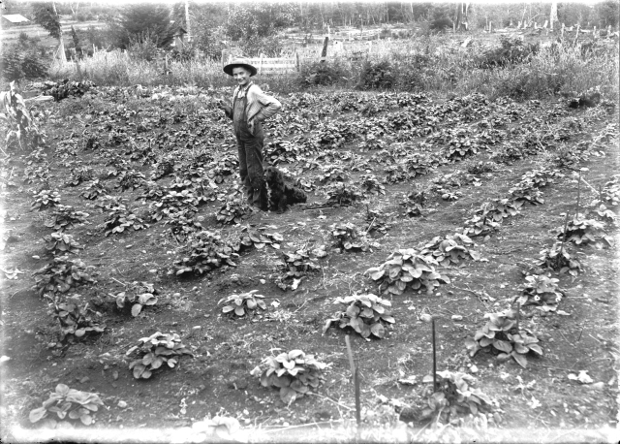 This last week, I reignited what has been one of my longest, ongoing freelance web design gigs — handling whatever whim I can possibly put into code for my father’s business. I’ve been doing it, at least according to my LinkedIn, since 2001, back when dial-up still ruled the rather nascent web. This time around, we are taking complex drawings of CNC machinery and turning them into — yes, I admit it — image maps. Basically, each drawing will have something like 90+ parts and the easiest and quickest way I could think of to link them to the individual parts was to return to this admittedly antiquated technology. And in the process of doing so, we had to scan in these old drawings from machine manuals from the 1980s and this one exchange stuck out in my brain:

My father: “Okay, here’s the scan. Is it too big?” he asks as he sends me nearly megabyte sized PDFs.

Me: “Nah, doesn’t matter. They probably have a high-speed connection anyways,” I quip, as I convert those images to JPEG without a care in the world for size — pushing that slider up to 90 and tossing some JavaScript in there to at least attempt to make these image maps responsive.

It’s the antithesis of the way I went about things 18 years ago when I first started with web design and learned that no page should take more than three seconds to load, carefully counting every kilobyte and running code optimizers on each and every page. But things have changed, right? I am the lazy programmer to which the title refers.

Web: We noticed you're using an Ad blocker

Me: I noticed you're using 32 tracking services.

And then I ran across two articles making the rounds this week that really highlighted this entire exchange, and my laissez-faire attitude to speed and efficiency, which I now present to you as food for thought.

First, a blog post from front-end developer and designer Nick Heer all about “The Bullshit Web,” as he calls it. That’s in the classical sense of bullshit, mind you. In it, he talks about how, way back in 1998, everything loaded so slowly and it just seemed natural as he was using a 56k modem. Surely, however, as time went on and Internet connections grew exponentially faster, everything would load quicker right? Wrong.

“So, with an internet connection faster than I could have thought possible in the late 1990s, what’s the score now?” Heer asks. “A story at the Hill took over nine seconds to load; at Politico, seventeen seconds; at CNN, over thirty seconds. This is the bullshit web. […] The average internet connection in the United States is about six times as fast as it was just ten years ago, but instead of making it faster to browse the same types of websites, we’re simply occupying that extra bandwidth with more stuff. ”

The rest is worth the read, but for our purposes we’ll move on to the next post, which looks at a similar and highly related topic — the cost of JavaScript In 2018. In this post, Googler Addy Osmani writes that “Building interactive sites can involve sending JavaScript to your users. Often, too much of it.” Right off the bat, he offers a graphic showing that, while the latest iPhone 8 may handle CNN (again) quick enough, the average phone spends nine seconds more to process the same page. A cheaper phone, meanwhile, takes more than 30 seconds to load. You get the gist. Osmani then spends the rest of his wonderfully detailed post examining the problem and exploring solutions, but we’ll leave you to read that, as we’re getting on in length ourselves. For brevity’s sake, here’s his talk on the same subject:

And I… I took the fork less committed to… and that has made all the difference. #devpoem

The JIRA tickets will continue until morale improves

The algorithm: You want beds?

Me: No I have one now

Me: all good for beds thanks

Algorithm: LOOK AT THESE BEDS IN AUCKLAND

Me: No no no I have already purchased my one bed