This Week in Programming: Microsoft Build Keeps Pace Amidst Pandemic

This Week in Programming offers all the week's top development news for the cloud native computing community.
May 23rd, 2020 6:00am by Mike Melanson 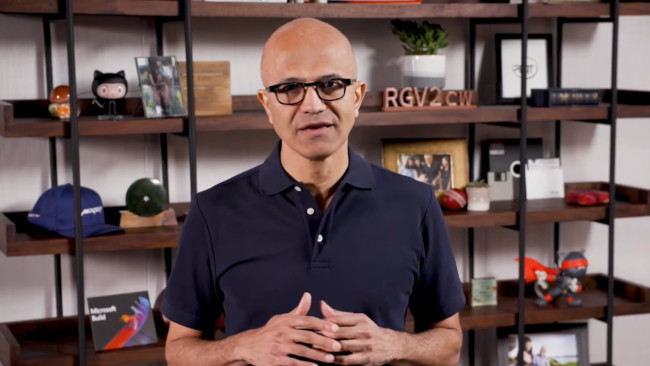 Another week, another virtual conference, this time with Microsoft delivering Microsoft Build in the form of a straight 48-hour marathon of repeating sessions across time zones to appease to its global audience. And lucky you, if you missed any of it, it’s all available online for your leisurely viewing.

While others have outright canceled their developer conferences, or held back on the slew of announcements you might expect at such an event, Microsoft offered a dizzying stream of new developer features this week, from the expansion of Visual Studio 2019 support for Visual Studio Codespaces to the launch of Project Reunion, which is meant to reunify the experience of Windows-based app development.

If I’m being honest, despite the move to the online format, the amount of news is a bit overwhelming, so, before looking around at other developer-centric news around the web, we’ll take just a quick look at some highlights from Build 2020. Of course, one place to start might be with Microsoft CEO Satya Nadella‘s keynote, which offers an overview of the company’s expansive efforts and impact.

If you’re looking for a one-stop spot for news from this week’s developer conference, the company does sum much of the developer-centric stuff up in one blog post looking at how developers can code, collaborate, and ship their apps from anywhere. On the code side, Microsoft announced a bunch of things – the release of .NET 5 Preview 4, ASP.NET Blazor WebAssembly, and C# 9.0, just to start. While new features and language versions are exciting, perhaps even more exciting is the announcement that Microsoft is open sourcing GW-BASIC to join MS-DOS. Who needs new languages when you can spend your time poring over assembly code from 1983, right?

Many of the announcements this week also centered around Microsoft Azure, ranging from the general availability of Azure Kubernetes Service (AKS) support for Windows Server containers to additions to Azure Cognitive Services to integrations of GitHub Actions for Azure into Visual Studio Code, Azure CLI and the Azure Portal. Oh, not to mention the AI supercomputer based in Azure that the company said was built in just six months. In his keynote, Nadella explained that they were “innovating at every layer, from edge to hybrid to data and AI” and the breadth of announcements surely seem to back up this claim. Surely, the release of Windows Terminal 1.0, bringing that Linux experience into Windows, is evidence that we’ve entered a bold new world — perhaps, after a long wait, 2020 will finally be the year of Linux on the Windows desktop — wait, wasn’t that 2019?

There are three essentials that every programmer needs:

this ones for all my friends stuck in shite jobs pic.twitter.com/kUlaothnLX

Mike is a freelance writer, editor, and all-around techie wordsmith. Mike has written for publications such as ReadWriteWeb, Venturebeat, and ProgrammableWeb. His first computer was a "portable" suitcase Compaq and he remembers 1200 baud quite clearly.
Read more from Mike Melanson
SHARE THIS STORY
RELATED STORIES
Expedia: 3 Tips for More Effective Unit Testing OpenAI, ChatGPT and the Next Age of 'Build'  End-to-End Test Troubleshooting Watch Out, Attackers Have Their Heads in Your Cloud! Groundcover: Simplifying Observability with eBPF
TNS owner Insight Partners is an investor in: The New Stack, Deno.
SHARE THIS STORY
RELATED STORIES
Wasm for the Frontend: A Look at Developer Use Cases Expedia: 3 Tips for More Effective Unit Testing JavaScript or WebAssembly: Which Is More Energy Efficient and Faster? Internal Developer Platforms Are for DevOps too Is the Answer to Your Data Science Needs Inside Your IT Team?
THE NEW STACK UPDATE A newsletter digest of the week’s most important stories & analyses.
The New stack does not sell your information or share it with unaffiliated third parties. By continuing, you agree to our Terms of Use and Privacy Policy.