This Week in Programming: Microsoft Jumps Back into Java with OpenJDK Build Preview

This Week in Programming brings all the latest development news for the cloud native computing community.
Apr 10th, 2021 6:00am by Mike Melanson 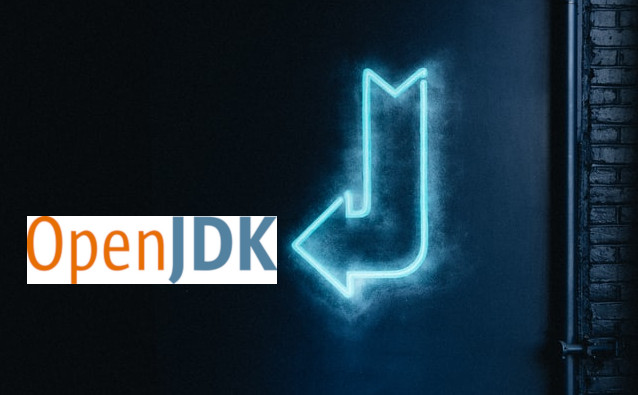 Who’s ready to get down and party like it’s 1990-something again because Microsoft is taking the internet by storm this week with its scintillating preview of some Java-related tech!

No, no, no, the Microsoft Java Virtual Machine (MJVM) hasn’t risen from the ashes to fight another day, and neither has Visual J++, nor J#. Worry not, dear developer, for all those Microsoft-made Java-esque implementations are buried deep under litigation long past. Rather, this week’s exciting news in the world of Java (aside from the Supreme Court ruling in Oracle v. Google — we touch on that below) is Microsoft’s release of a preview of the Microsoft Build of OpenJDK.

As Microsoft’s Scott Hanselman notes, this release is “not even the same sport” as those far-flung and failed Java-ish implementations, but instead presents a new, no-cost, long-term support (LTS) distribution of OpenJDK that is open source and supported by Microsoft. Far from those past languages, Microsoft’s build of OpenJDK is based on the OpenJDK source code and offers binaries for Java 11 that have passed the Java Technology Compatibility Kit (TCK), making it “a simple drop-in replacement for any other OpenJDK distribution available in the Java ecosystem,” the company writes in a blog post.

Part of the drama of Microsoft’s previous forays into the world of Java centered around the fact that the company offered Java implementations that were not, in fact, compatible with the Java specifications. The MJVM was actually cited in the antitrust actions against Microsoft as part of the company’s then-strategy of “Embrace, extend and extinguish,” wherein it would attempt to adopt and extend a widely used standard before adding proprietary capabilities to try to disadvantage competitors.

With this release, and with nearly a quarter-century between the Microsoft of old and the one that stands before us today, the company is working to assure developers that it’s here to play nice in the world of open source with a fully open source offering of OpenJDK. This point is one Hanselman notes again and again in his responses to the low-level J++ trolling in his Twitter thread around the news: this release, by comparison to Oracle’s, is free, open source, and has no license fees.

Beyond being open source, free, and supported, Microsoft’s OpenJDK, Microsoft principal product manager for Java Bruno Borges says there is another benefit as well: “We also believe that by providing users with our own builds, we are more likely to identify opportunities for fixes/enhancements that better match our infra/cloud and our customers’ needs.”

For full details on versions and all that nitty-gritty, head on over to the announcement blog, but rest assured that Java 11 support will continue “until at least 2024” and containers of the OpenJDK are to be “published soon on Docker Hub.”

I am totally absolutely sure this has nothing to do with the recent court decision at all.

That said, I applaud this, because Oracle is a bully and I approve of beating up on bullies.

How to be traumatized in four words:
Install and use Kubernetes.

Being vaccinated does NOT mean you should attempt to parse HTML with regexps.

👀”For the past 18 months we have been adding Rust support to the Android Open Source Project, and we have a few early adopter projects that we will be sharing in the coming months. Scaling this to more of the OS is a multi-year project.” https://t.co/DDuitqylZT

Mike is a freelance writer, editor, and all-around techie wordsmith. Mike has written for publications such as ReadWriteWeb, Venturebeat, and ProgrammableWeb. His first computer was a "portable" suitcase Compaq and he remembers 1200 baud quite clearly.
Read more from Mike Melanson
Share this story
RELATED STORIES
How to Bridge the Developer-Designer Gap Charity Majors: Taking an Outsider's Approach to a Startup How Can Open Source Sustain Itself without Creating Burnout? How Idit Levine’s Athletic Past Fueled Solo.io‘s Startup A Technical Guide to Burning Down a Troll Farm
Share this story
RELATED STORIES
How Can Open Source Sustain Itself without Creating Burnout? Burning Man Returns with a Quest for Sustainability, Meaning DevOps Is Dead. Embrace Platform Engineering Tackling Developer Onboarding Complexity The Future Stack of Code Review
THE NEW STACK UPDATE A newsletter digest of the week’s most important stories & analyses.
We don't sell or share your email. By continuing, you agree to our Terms of Use and Privacy Policy.
Amazon Web Services is a sponsor of The New Stack.
TNS owner Insight Partners is an investor in: Docker.