This Week in Programming brings you the latest IT development news for the cloud native computing community.
Mar 6th, 2021 6:00am by Mike Melanson 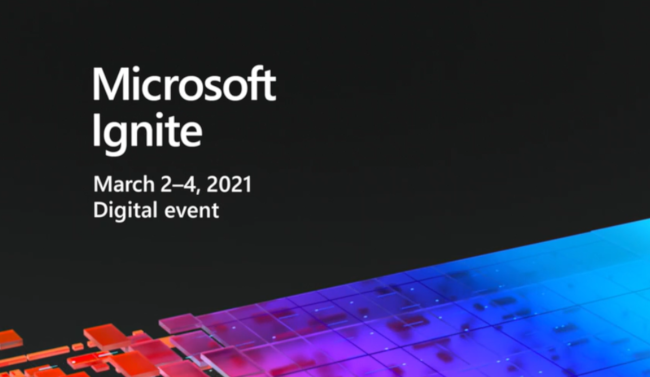 This past week, Microsoft held its annual IT and developer conference, Microsoft Ignite, where it released a number of new products and features, among them the introduction of Microsoft Power Fx, which it calls “the low-code programming language for everyone.” Now, in reality, Microsoft Power Fx isn’t really all that new, but rather the name given to an open source “formula language for low code that’s based on Microsoft Excel” that was already serving as the basis of Microsoft’s no-code Power Apps canvas.

According to Microsoft, the release is exciting because Power Fx is open source, it’s based on the recently-made-Turing-complete Excel language, and because it is “built for low code.” This first point is important because, they point out, Power Fx is based on “the exact syntax that hundreds of millions of people are already using” as opposed to the 11.7 million software developers currently estimated to be writing JavaScript.

Beyond that, the importance in Power Fx may lie in the hope that it will serve as a bridge, as program manager Greg Lindhorst writes in the more in-depth introduction to Power Fx: “It enables the full spectrum of development from ‘no code’ to ‘pro code’ with no cliffs in between, enabling diverse teams to collaborate and save time and expense.”

On the low-code end of things, Lindhorst notes, “the goal is to keep the number of concepts a maker needs to understand to a minimum, ideally no more than an Excel user would already know,” and to this end, Power Fx acts much like Excel, in that the coder doesn’t need to be concerned with how the program functions. Instead, it acts much like Excel, recalculating whenever the code or data changes. On the pro code end of things, Lindhorst points to the ability to unpack a canvas app into constituent parts that can be edited with Visual Studio Code or Visual Studio, be put under source control with GitHub or Azure DevOps, and the ability to create pure user defined functions for reuse, as you might with any regular language.

If you find yourself looking at this news with a level of skepticism and doubt, you are not alone, of course. To find some grumblings about how the promise of low code can leave even the most experienced development teams lost in a morass, as always just head on over to Hacker News and peruse the comments. To whit: “We recently tried to build a relatively simple PowerApps application — under the assumption it would save time over pumping out a React boilerplate form. Never again.”

Similarly, Janet Swift, author of several books about spreadsheets and writer at iProgrammer, takes some issue with Power Fx, writing that “I really don’t see Power FX becoming much of a power in the land of languages — it has been done before. It will probably hang around for a few years if it’s lucky and then the plug will be pulled when fashions change. […] Personally I’d like to see Microsoft giving some love to VBA — it’s not perfect, but the object model it works with is still current. Why they abandoned their almost excellent glue language and have been trying to replace it ever since. is a mystery to me.”

Any time Microsoft announces anything related to #Excel formulas, the first question is always:

“Will it replace #vba?”
And sadly, it never does. 😭
(Not for lack of trying.)#powerfx #MSIgnite

Ultimately, it likely isn’t whether Power Fx can become a power among languages, but rather if it can fulfill this in-between purpose, connecting no code and low code to pro code, that will determine whether or not it hangs around. Of course, being backed by Microsoft is one argument in that direction, and the team currently says they are aiming to “extract the language and documentation from Power Apps canvas and generalize it for other contexts,” so this may be something you’ll see in other contexts soon enough.

I want this guy working on the unit tests https://t.co/0eyRO55Ylp pic.twitter.com/bWBKJHPP3v

Mike is a freelance writer, editor, and all-around techie wordsmith. Mike has written for publications such as ReadWriteWeb, Venturebeat, and ProgrammableWeb. His first computer was a "portable" suitcase Compaq and he remembers 1200 baud quite clearly.
Read more from Mike Melanson
Share this story
RELATED STORIES
Lyft's Tips for Avoiding (Software) Crashes The Rise of Cloud Development and the End of Localhost Intel Invokes Linus Torvalds to Push Software Tools Software Testing Is Now Every Developer's Job The Big Impact of Smalltalk: A 50th Anniversary Retrospective
Share this story
RELATED STORIES
The Unlikely Journey of GraphQL WebAssembly's Wasmtime 1.0 Revamps Security, Performance Google Engineer Outlines What’s Next for Angular Developer Caveats for Database as a Service DevOps Is Dead. Embrace Platform Engineering
THE NEW STACK UPDATE A newsletter digest of the week’s most important stories & analyses.
We don't sell or share your email. By continuing, you agree to our Terms of Use and Privacy Policy.