This Week in Programming: Minecraft’s Move to Open Source 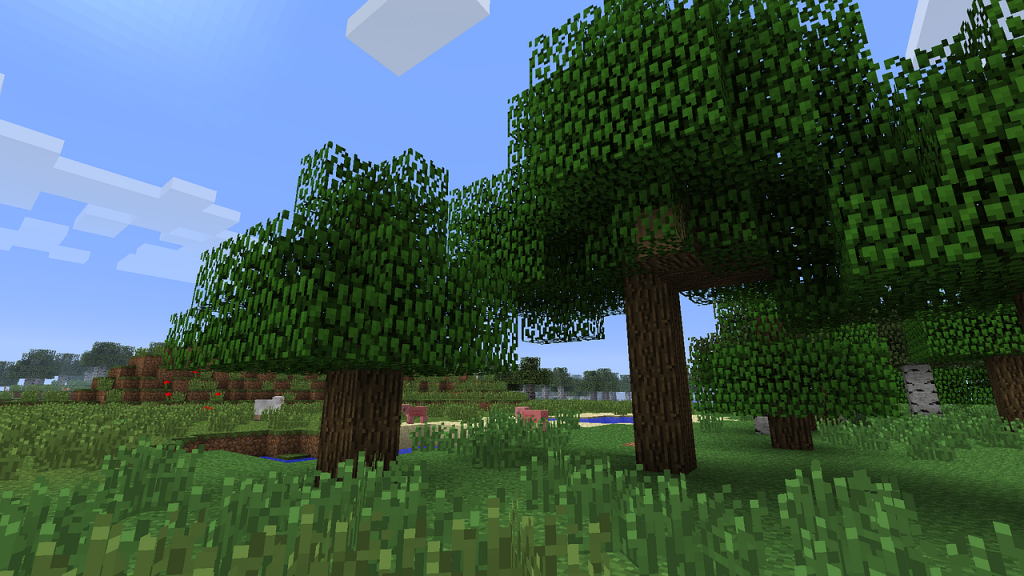 Last week, we took a little detour into a debate around visual programming languages, ending with a video that had been making the rounds. Instead of describing the video, let’s just share it again. It’s worth it, if you haven’t seen it:

That’s right, it’s the entirety of the Gameboy game Pokemon Red written entirely in Minecraft code blocks. Are you in awe? I know I certainly am. And that’s just the tip of the iceberg, really. There’s an Atari 2600 emulator programmed in Minecraft code blocks, too. There’s a camcorder. There’s more than we’ll link to here, but suffice it all to say that Minecraft can be an interesting and powerful force in the world of programming.

(Click through on the tweet above to see that, yes, Minecraft is the ultimate of programming epiphanies.)

Now, I understand if you aren’t chomping at the bit to go coding your next project INSIDE of Minecraft (it only took 21 months to recreate Pokemon Red, after all.) But perhaps you’d like to use some of the code used to build Minecraft, and that’s what we’re here to talk about this week: The Minecraft team has begun to open source its code libraries.

According to the blog post, they are beginning the task of opening up different self-contained libraries to whatever use you deem fit, as long as you give them credit. The first two libraries to be made open source under the MIT license are DataFixerUpper, which “does exactly what it sounds like, and it’s one of the most important parts of the Minecraft game engine” and Brigadier, the game’s command engine. And already a third library, Blaze3D, is under consideration for becoming open source.

So, if you’re ready to achieve enlightenment, as per the embedded meme above, your open-sourced abilities are on the way. (For now, we’ll skip the debate about whether or not those languages are in any way correctly ordered.) In the meantime, here’s what else we’ve seen in the world of programming over the last week.

Clearly there’s only one conclusion! CLOUD-SCALE CONTAINERIZED DOS AS A SERVICE Y’ALL

I see all too many organizations using the term “AI” as an adjective to brighten up the description of their products, much in the same manner that restaurants use the term “organic.” pic.twitter.com/bF8FhJlIFc

Mike is a freelance writer, editor, and all-around techie wordsmith. Mike has written for publications such as ReadWriteWeb, Venturebeat, and ProgrammableWeb. His first computer was a "portable" suitcase Compaq and he remembers 1200 baud quite clearly.
Read more from Mike Melanson
SHARE THIS STORY
RELATED STORIES
Platform Engineering in 2023: Doing More with Less Microsoft Makes Azure Load Testing Generally Available Watch Out, Attackers Have Their Heads in Your Cloud! How Platform Engineering Can Improve DevOps Collaboration Is the Answer to Your Data Science Needs Inside Your IT Team?
TNS owner Insight Partners is an investor in: The New Stack.
SHARE THIS STORY
RELATED STORIES
WebAssembly to Let Developers Combine Languages Internal Developer Platforms Are for DevOps too New at Civo Navigate: Making Machine Learning Set up Faster Watch Out, Attackers Have Their Heads in Your Cloud! Data Modeling: Part 1 — Goals and Methodology
THE NEW STACK UPDATE A newsletter digest of the week’s most important stories & analyses.
The New stack does not sell your information or share it with unaffiliated third parties. By continuing, you agree to our Terms of Use and Privacy Policy.