This Week in Programming: ML Climbs the Stack with TensorFlow.js

A weekly wrap-up of the most important news and views in scalable computing.
Feb 9th, 2019 6:00am by Mike Melanson 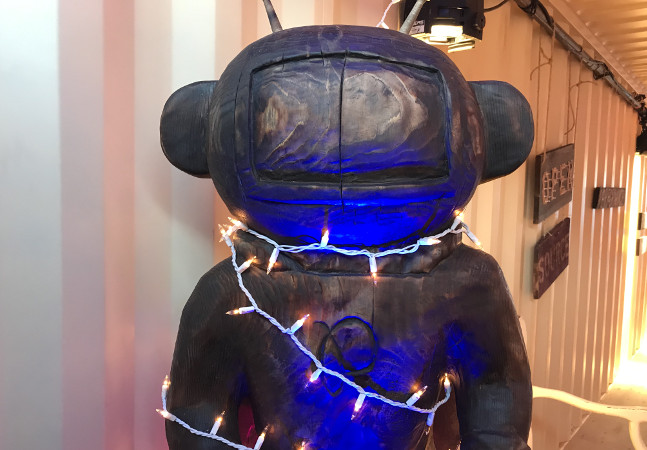 As time goes on, it seems we have to locally “install” less and less — as someone in a podcast I listened to this week loosely described it, everything just keeps moving up the stack. The modern day developer is like a surfer riding a huge wave, or a skier managing to float atop the avalanche. Well, that is to say, they can be that — or they can be tumbling in the surf or buried in the snow, where in this strained metaphor the water or snow is the act of dealing with the ever time-consuming and stressful acts of installing packages and managing dependencies and handling all the nitty-gritty details that are increasingly handled by other services.

This week, we again point you, dear reader, to a post over on Adrian Coyler’s always-interesting “morning paper” blog, where he looks at a paper on “TensorFlow.js: Machine Learning for the Web and Beyond.”

“If machine learning and ML models are to pervade all of our applications and systems, then they’d better go to where the applications are rather than the other way round,” Coyler writes. “Increasingly, that means JavaScript – both in the browser and on the server. TensorFlow.js brings TensorFlow and Keras to the the JavaScript ecosystem, supporting both Node.js and browser-based applications.”

TensorFlow.js is not new — it was released nearly a year ago and Coyler offers several examples of the “lots of creative things” that people have done with it since, of which he notes are “all accessible to you with just one click” since they run in the browser. From there, Coyler does what he does best and dives deep into what makes TensorFlow.js possible, examining the “challenges involved in building a JavaScript based ML environment, including: the number of different environments in which JavaScript can execute; extracting good enough performance; cross-browser compatibility issues; and its single-threaded nature.”

And this, I feel, is the best part of that ever-rising stack — you, the developer, don’t need to necessarily know how it works underneath if you don’t want to. Somebody else can handle all of those details, and you can float on top, merrily training machine learning algorithms in your browser. So, read on if you’d like… or not.

While we’re on the topic, here’s a brief video from last week’s O’Reilly Software Architecture Conference with IBM’s Tamar Eilam on “the future of cloud-native programming,” where she talks about the developer’s place in the ever-growing stack.

Ch-ch-ch-changes! I'm retiring from the Rust Core Team (with hopes for fresh faces), but sticking around to hack on the compiler instead. https://t.co/7COZGjRTUG

OH: “you can build anything in C” is true, like “you can count to any number”

Mike is a freelance writer, editor, and all-around techie wordsmith. Mike has written for publications such as ReadWriteWeb, Venturebeat, and ProgrammableWeb. His first computer was a "portable" suitcase Compaq and he remembers 1200 baud quite clearly.
Read more from Mike Melanson
SHARE THIS STORY
RELATED STORIES
Cloud Lessons to Help Developers Improve ESG Impact Lighting a Bonfire Under Social Media: Devs and ActivityPub What’s the Future of Feature Management? The Missing Part of GitHub Actions Workflows: Monitoring 'Hey GitHub!' Tries a Voice Interface for Copilot
TNS owner Insight Partners is an investor in: The New Stack.
SHARE THIS STORY
RELATED STORIES
A Better Developer Experience Requires Better Testing Tools What’s the Future of Feature Management? New Book Identifies 26 Lines of Code that Changed the World Promises in JavaScript: A Primer Need to Scale Apache Kafka? Switch to Apache Pulsar
THE NEW STACK UPDATE A newsletter digest of the week’s most important stories & analyses.
The New stack does not sell your information or share it with unaffiliated third parties. By continuing, you agree to our Terms of Use and Privacy Policy.