2019-12-20 13:00:54
This Week in Programming: Nitpicking Angles in the State of JavaScript 2019
this-week-in-numbers,this-week-in-programming,
Culture / Software Development

This Week in Programming: Nitpicking Angles in the State of JavaScript 2019 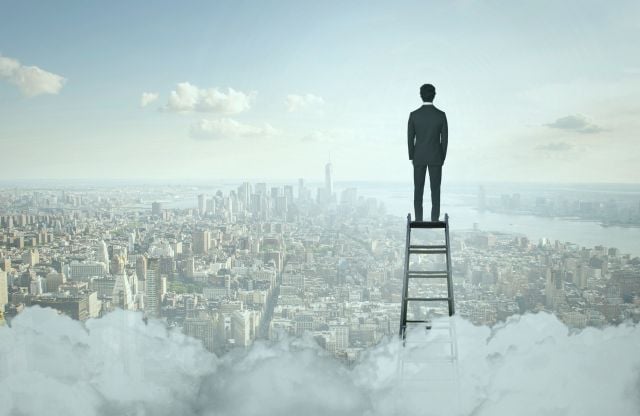 Another survey, another opportunity to point out all the ways everything is wrong. This week’s entrant to the category of surveys everyone on the Internet is finding fault with is the State of JavaScript 2019, an annual survey done by Sacha Greif and Raphaël Benitte. On the technical-distinction end of the survey, there appears to be one particular issue that holds water for a lot of observers — that of the distinction (or lack thereof) between Angular and AngularJS.

1) Questions/data are not accurate (Angular vs AngularJS)
2) Unclear results due to data-viz (it's not easy, I get it)

After all the feedback from the previous years, the folks running it still won't listen.

There is a big difference between the original AngularJS and the subsequent Angular 2 and Angular 4 JavaScript frameworks. AngularJS was originally released by Google as an open source, JavaScript-based framework back in 2009 for dynamic front-end web app development, whereas Angular 2 and the backward-compatible follow-up Angular 4 are both open-source, TypeScript-based front-end web application platforms. While Angular 2 and Angular 4 are now commonly referred to as merely “Angular,” many point to this lack of distinction in the survey as one that leads to an unfair skewing of the numbers.

In a GitHub pull request on the topic, developer Suguru Inatomi writes that “It’s unfair because 1) The name convention about Angular/AngularJS is not well-known yet. 2) Many developers have experience in years ago with AngularJS-only 3) So, it is natural that “Used it > would avoid” raises. 4) Even if they have experiences with Angular, it is not clear which Angular the survey asks about.”

Looking at the survey numbers around Angular, The New Stack analyst Lawrence Hecht points out that there was a big drop in “people that have used Angular before but would not use it again” between the 2017 and 2018 State of JavaScript surveys, with the number jumping from 10% to 40% — a jump that correlates with the timing around the introduction of the term “Angular” as referring to Angular 2, and not AngularJS.

At the same time, Hecht points out, the 2019 StackOverflow survey and JetBrains survey demonstrate the effect of wording on the end results. 23% of JavaScript developers in the JetBrains survey regularly use Angular, which is similar to the 22% that use “Angular and would do so again” found in the State of JavaScript report. But JetBrains also asked about AngularJS, with 47% of AngularJS users also said they use the newer Angular. Overall, the total “Angular and/or AngularJS” is similar to that reported in the StackOverflow study.

Given the correct context, Hecht argues, the State of JavaScript report actually appears to be representative of the Angular developers and is not overly affected by unique sample bias. So, phrasing aside, Hecht points out that all of this obscures the fact that Angular is poised to ride the coattails of the TypeScript’s rise, a formally-typed superset of JavaScript that is incredibly hot, with 86% of the people that plan to continue using TypeScript also planning to continue using Angular.

Meanwhile, there’s one major issue with the data, as pointed out by software engineer and blogger Laurie Blarth that may do more to skew the data than anything else — that it is overwhelmingly dominated by men!

The State of JavaScript survey is out!

…this demographic gender breakdown is more than a little troubling. Over 91% of respondents were men?! pic.twitter.com/Wj3YEdYfKE

Blarth subsequently points out that she intentionally used the word “troubling” over “surprising” — because, indeed, the exclusion of women in tech continues to be a troubling, but not surprising, thing.

If I were a CTO, I’d be concerned about going all in on GCP because of Google’s track record of dropping projects without warning.

I know I work for a competitor. But am I way off base here? Is that a real concern or do people trust that they’ll continue their cloud offering?

Dear recruiters,
if you are looking for

I don't always submit pull requests, but when I do, I believe in them. FLY PULL REQUESTS, FLY