This Week in Programming wraps up all the top development news for the scalable IT community.
Feb 22nd, 2019 11:19am by Mike Melanson 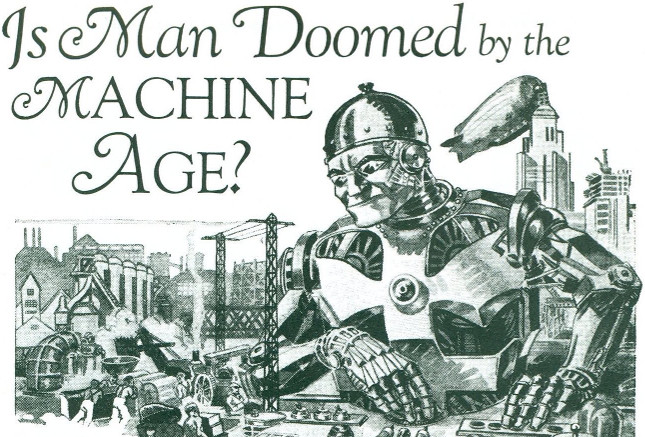 This week, we pour one out for all those languages that have served us over the years, but serve us no longer.

Actually, that can be a bit difficult to find, can’t it? Are any languages truly dead? So many languages have come and gone from popularity, but even those that have faded still run some obscure program out there somewhere, don’t they?

Taking a quick look at all the languages tracked by the language popularity tracking TIOBE Index, I was surprised to find even those obscure, assumedly long-gone languages of yesteryear. As a matter of fact, rather than disappearing to complete obscurity, some languages are still serving to employ aging developers as younger developers move on to the trendy, shiny new languages of the future.

One language, however, we know is actually done and gone, as over its lifetime, it was only used by a small team of developers and for just one company — the New York Times. This week, Brian Hamman, vice president of engineering at the Times, offered up an obituary of sorts for the language that “helped shape the digital New York Times” — a language that breathed its last breath in March 2018 after 17 years of service.

According to the tale, it all started with a simple request: “Context was born in 2001 in the office of Scott Meyer, then general manager of The New York Times’ website. Meyer wanted to make the New York Times website more personal by adding readers’ usernames to the top of the homepage. At the time, nytimes.com was a static site that could not be customized for each person, but Meyer wanted that to change.”

Although PHP and CGI were options, the team had their doubts that these languages could handle the quickly growing NYTimes web presence and future customization needs. So, instead, “they created Context, a lightweight language that was compiled to run on The New York Times’s servers and optimized for speed” that got “speeds a hundred times faster than CGI in early tests.”

The next thing you know, Context was serving personalized ads, paginating content, and doing all the things we’ve come to expect from the modern web. But, as Hamman notes, “it never ventured outside the walls of the building; it was never open sourced or sold.” And so it remained for 17 years, the loyal steed. While Context may be one of the few languages to die a real death for this reason, Hamman also points to this as the basis for its longevity — and maybe this is a point of interest to those teams out there now developing new languages.

“But perhaps that isolation helped keep it alive until earlier last year. With only a handful of contributors, the language was spared being pulled in different design directions. Fewer than a dozen engineers knew how the build system worked. Maybe a hundred engineers learned to ever write Context code,” writes Hamman. “Without a large community of engineers, Context was spared from the drag that new features can add to a system, which meant it stayed small, nimble and able to scale to meet the growing traffic of The Times for a decade after its creation.”

In the end, the Times has rewritten the site using newer technologies, including React, Relay and GraphQL, and Context quietly faded out of use. So this one’s for you, Context — it sounds like you served your creators well.

Annoyingly, “good software engineer” has been co-opted by SV interview culture to mean “someone who’s memorized everything from sophomore-year algorithms class”

Integration tests that take two weeks means you won't be able to integrate.

Mike is a freelance writer, editor, and all-around techie wordsmith. Mike has written for publications such as ReadWriteWeb, Venturebeat, and ProgrammableWeb. His first computer was a "portable" suitcase Compaq and he remembers 1200 baud quite clearly.
Read more from Mike Melanson
SHARE THIS STORY
RELATED STORIES
I Need to Talk to You about Kubernetes GitOps How Bad Are System Failures and Security Incidents? Wasm for the Frontend: A Look at Developer Use Cases NASA and IBM to Speed AI Creation with New Foundation Models End-to-End Test Troubleshooting
TNS owner Insight Partners is an investor in: The New Stack.
SHARE THIS STORY
RELATED STORIES
How Platform Engineering Can Improve DevOps Collaboration Core Wars Shows the Battle WebAssembly Needs to Win OpenAI, ChatGPT and the Next Age of 'Build'  Internal Developer Platforms Are for DevOps too WebAssembly vs. JavaScript: Security, Speed, Flexibility
THE NEW STACK UPDATE A newsletter digest of the week’s most important stories & analyses.
The New stack does not sell your information or share it with unaffiliated third parties. By continuing, you agree to our Terms of Use and Privacy Policy.