This Week in Programming: Rust Versus Go? Why Not Both!

This Week in Programming summarizes all the latest news from cloud native development community.
Sep 20th, 2019 12:00pm by Mike Melanson 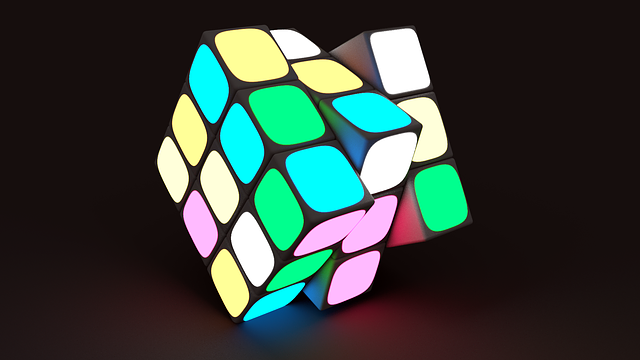 This past week, many developers out there have spent their time doing the one thing seemingly favored by nine out of 10 developers: debating why one language is better than another. (See below for the perhaps unpopular one out of 10.)

In this week’s installment of “one language or another,” we have an entry from Loris Cro, developer advocate at RedisLabs, who poses the scenario where you write something in Go and someone subsequently asks the inevitable, “bone chilling” question — “Why Go and not Rust?”

Lest you thought this was a singular-minded offensive from a Go devotee, Cro immediately points out the similarity between the two languages, offering several points where Rust wins out:

Go is fast, but Rust is faster.

Go has an efficient garbage collector, but Rust has static memory management.

Go has interfaces, but Rust has traits and other zero-cost abstractions.

Nonetheless, writes Cro, Go is a language that is very good for writing services, is unapologetically simple, and is great for enterprise software. The key point of Cro’s argument about why one may choose Go over Rust has, primarily, to do with Go’s “simplicity” (not to be confused with “easy-to-use”), and the fact that the language is all about suppressing complexity at scale.

This post crystalizes so many of my own thoughts in a very logical, coherent way:

Here’s the big point: “Go is about suppressing complexity at scale.” I love the supporting discussion around how enterprise thinks differently (surprisingly?) about scale.https://t.co/0EylpV0wsd

Cro writes that “Rust is less compelling than Go for enterprise software development” for several reasons, including the speed of the Go compiler and the learning curve, in comparison to Java or C#. Of course, we’re skipping many of the detailed reasons, so as to give you reason to still hop over and give the blog post a gander, but we found the conclusion to hold a balanced piece of advice for language devotees: “Let’s avoid tying our identity to a single language and embrace practicality first and foremost. Tribal names like Rustacean or Gopher should be avoided, as they are inherently a marketing tool for inducing stronger branding.”

It brings us back to that initial tweet, doesn’t it? It often isn’t about one versus another, but rather when to use one, and when to use another. And as one Hacker News commenter pointed out, sometimes, the answer is both, and at the same time.

For those who think they can't learn how to code: try another language.

I tried PHP a few times and gave up. Then JavaScript: gave up.

Then the iPhone came out, I tried iOS development, and everything started to click!

I've been talked down to for being "not technical". Last week I launched a tech product, and this week I'm deep in R code analyzing study results.

If you're getting into tech, remember that "not technical" is gatekeeping and gaslighting, not a reflection on your capability.

Mike is a freelance writer, editor, and all-around techie wordsmith. Mike has written for publications such as ReadWriteWeb, Venturebeat, and ProgrammableWeb. His first computer was a "portable" suitcase Compaq and he remembers 1200 baud quite clearly.
Read more from Mike Melanson
SHARE THIS STORY
RELATED STORIES
OpenSSF Aimed to Stem Open Source Security Problems in 2022 Internal Developer Portals Can Do More than You Think AI21 Labs Bets on Accuracy, Develops Approach for Factual AI Expedia: 3 Tips for More Effective Unit Testing Turbocharging Host Workloads with Calico eBPF and XDP
GitLab, HashiCorp and VMware are sponsors of The New Stack.
TNS owner Insight Partners is an investor in: Enable, The New Stack, Hightower.
SHARE THIS STORY
RELATED STORIES
Pinterest: Turbocharge Android Video with These Simple Steps Insights on Integration Tests with Foresight Rethinking Java @Scheduled Tasks in Kubernetes Wasm for the Frontend: A Look at Developer Use Cases Platform Engineers: Developers Are Your Customers
THE NEW STACK UPDATE A newsletter digest of the week’s most important stories & analyses.
The New stack does not sell your information or share it with unaffiliated third parties. By continuing, you agree to our Terms of Use and Privacy Policy.