This Week in Programming: Seemingly Simple 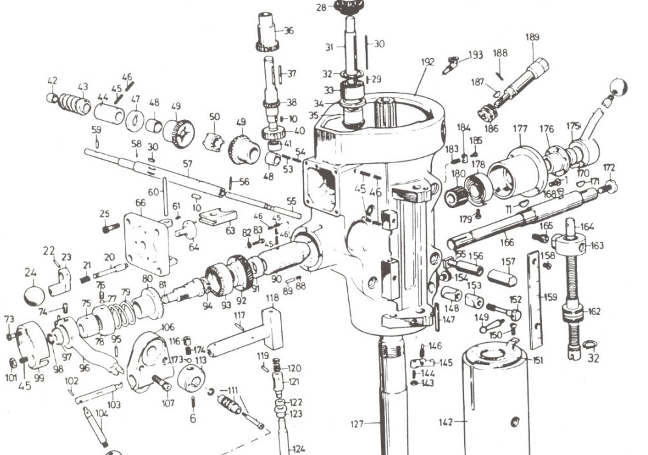 This week’s story is part confession, part mea culpa, and part discussion of whether or not you really need to use the newest technology just to avoid using something old and “outdated.” As I mentioned ever so briefly a few weeks back, I’m working on building a set of image maps for a website that I have been maintaining for the last 20 years. I know, I know — image maps? I might as well be using TABLES, amirite?

Let’s just say, at this point, I may have considered those too.

What is it about trying to do something seemingly simple that can lead you down a path so dismally complex and convoluted?

Now, I’m about to out myself as to just how terrible, uninquisitive, and impatient a “programmer” I may be at times, because with every Reddit, StackOverflow, and other answers I seemingly find on the web to my query of “how can I possibly avoid image maps,” my eyes begin to dart anywhere other than the screen, I open up new tabs for Facebook, the weather, what have you, and generally do anything to avoid whatever potential solution is offered. They all seem like way too much effort in comparison to the tried and true method.

So here I find myself, with a seemingly simple assignment — take these exploded diagrams and have each part and number hyperlinked to their corresponding part on the site — and wondering why it has to be so darned complicated?

I even went so far as to install trial versions of Adobe Dreamweaver and Illustrator (as if those were ever easy) to see if they might have some simple method for creating SVGs or image maps, but I just found myself in a never-ending maze of help docs again, that ultimately got me nowhere fast. Alas, it feels like these tools are just obtuse as they were when I last used them decades ago. So, instead, I find myself avoiding whatever modern solution you might be face-palming yourself over and using some free, web-based image map creator to create the base HTML and moving on from there.

And before, dear reader, you fully condemn me for using this archaic technology, I ask — is it all that bad? Every tutorial I see, every article I read, offers yet another solution that just doesn’t make sense for the circumstance. (I should also mention that we committed ourselves to Shopify, so past are the days of an open source shopping cart on our own, controllable server… so there’s that.) Is that excuse enough? Also, I do present to the court here today that I have found but a little JavaScript snippet that apparently resizes and recalculates my image maps to make them “responsive,” though I do doubt that anyone on a smartphone of any sort would find them so “smart” in this case.

Oh, and as many are quick to point out, image maps remain in the HTML5 specification, so… all good, right?

So, I guess that’s where I leave us off this week. Sometimes, just sometimes, I think that the archaic method — the table or the image map — is just a better, more appropriate solution to a problem than whatever new-fangled solution being bandied about. If you don’t mind, I’ll be getting back to creating my image maps… after some news from this week in programming.

I just figured out how to remove the stigma of remote workers. I now describe myself as a Cloud Native Employee.

One shouldn't open source when one is in a bad mood.

On your first day at the new job, squash every commit from the repo into a single commit with message "Legacy code" and force-push to master.