This Week in Programming: Should Open Source Require ‘Freedom At All Costs’?

This Week in Programming wraps up the weekly developer news in the cloud native computing community.
Sep 27th, 2019 1:06pm by Mike Melanson 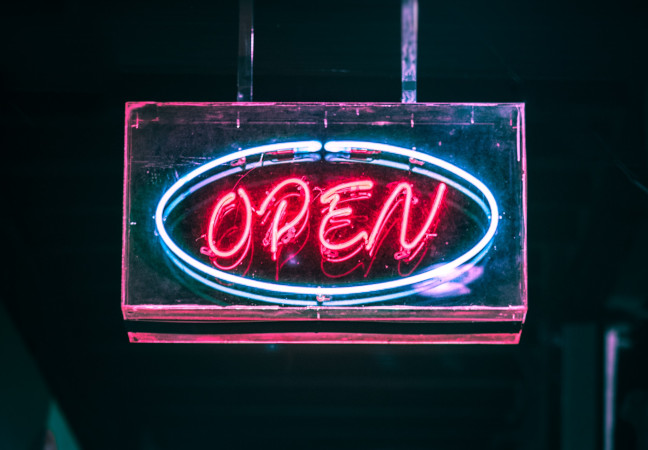 It has been a banner week for direct action in the world of open source software, at least for one determined developer. Ex-Chef, and current Google Cloud engineer Seth Vargo, upon noticing that his library was being used by Chef and therefore, through contract, the Immigration and Customs Enforcement (ICE) department of the federal government, pulled the software from GitHub in protest and ground Chef’s entire operation to a halt. At first, Chef held its position before issuing an update that said, “after deep introspection and dialog within Chef, we will not renew our current contracts with ICE and CBP when they expire over the next year.”

Meanwhile, “code witch” Coraline Ada Ehmke took inspiration from the scenario and decided to release what she calls the Hippocratic License, which was immediately met with a slew of responses — both in support and vehemently against.

well intentioned, but wholly inadequate! I would never contribute to any project using this license nor use it myself. Being subject to the "feelings" of others opens yourself up to any number of ludicrous claims of "harm." It'd be foolish to take on this liability.

The initial license used problematic and legally vague terms like “underprivileged” and, over the following days, Ehmke responded to much of the critique, quickly altering the language of the license to remove some problematic parts and attempting to better define who would not be able to use the license – all to little success to her critics. While Ehmke attempted to better define the license by using the United Nations Universal Declaration of Human Rights as the standard of comparison, many were still unsatisfied.

Unfortunately not, as the Declaration is not directly legally binding. It would arguably be ok if, for example, it said ‘this software may not be used to commit murder’ (as you’re only prohibiting uses that are unlawful anyway), but even that’s not straightforward.

Many quickly point out that the license is just one in a long line of licenses like it that attempt to police the use of open source (thereby making it not open, by definition) that have failed or merely existed with no noticeable effect. The JSON license, for example, says that “the Software shall be used for Good, not Evil” – a clause that has not, to our knowledge, ever had any impact upon its use.

Matt Asay points out the problem of moral ambiguity in such a licensing attempt, writing that what’s seen as right or wrong is “a subjective question.” For Asay, the issue also comes down to openness, likening the limiting of open source to limiting free speech, writing that “…why these licenses are almost de facto bad, however well-intentioned, is because they make open source less open. With each such license, open source becomes less so. It is hard, perhaps impossible, to dictate what can’t be done with open source software without limiting all the things that can be done with it.”

so if i'm following it right the gist is "if the nazis aren't allowed to use it then it's not freedom software", because of the proclamations laid forth by a child rape and pedophilia apologist?

Similarly, Bruce Perens, one of the founders of the open source movement, writes that the “Hippocratic License” can’t work, again picking apart the language of the license, saying that it doesn’t meet the definition of open source and saying that Ehmke should instead fight to right the wrongs of the world in other ways.

If only the well-intentioned people of the world had staff lawyers to write these things too, huh?

This all leads to a point in my mind, best illustrated by yet another tweet:

its a start, it moves us in a better direction, and we need to be working every single angle to shut this shit down.

Indeed, while this may be a difficult and imperfect attempt, should we all be working so hard to shut it down rather than to correct it and build it up? I suspect that the answer is still yes for many, because the blade cuts both ways, but just like other laws, could terms be made specific enough?

Either way, Ehmke now writes that at least one primary objective has been achieved in all of this — discussion.

Sparking conversations about the power and ethical obligations of OSS devs, and questioning the relevance of the Open Source Definition clauses 5 and 6 (freedom at all costs) is EXACTLY what I set out to achieve.

That was the whole point of launching the Hippocratic License.

Ehmke further elaborates that her goal is to see clauses five and six of the open source definition to be amended:

“…my goal was to spark conversation about the implications of the ‘freedom at all costs’ requirement for officially sanctioned Open Source software, in light of the abuses of power and civil and human rights violations of governments and their collaborators. Developers don’t want their labor being used to do harm, and the current structure of open source software strips any power from creators to prevent this from happening. We are being exploited. Human freedom is being traded for so-called ‘software freedom’.”

I quit a job that I otherwise loved bc they measured success by how many lines of code we wrote.

I explained to them that I'm smart enough to solve these problems with minimum code. They didn't seem to understand.https://t.co/WO2nqzTQH6

When you finish a PhD in computer science, they take you to a special room and explain that most of what you learned will never be used in an actual job. https://t.co/9fj7JHp4b6

"It works in my timezone!"