This Week in Programming: The Docker Dogpile Continues 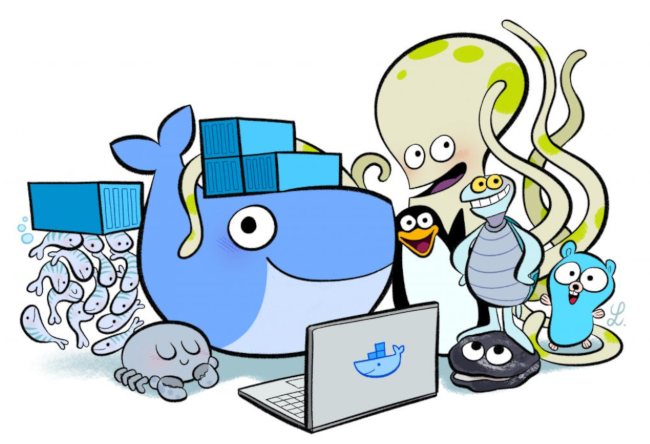 Here we are, a week later, and it would seem that Docker Desktop is still very much on everyone’s mind. After Docker decided that it might attempt to actually make money off of one of its most popular products by charging companies with more than 250 employees and annual revenue greater than $10M, much of the internet showed just how entitled it was with complaints of Docker’s so-called “bait and switch” among other complaints.

I had no idea people hated Docker and share so much disinformation about Docker. There are people claiming in my mentions that they put a whale on top of the “existing tech” and made millions 🤦‍♀️

This week, the top posts over at Hacker News have nearly daily featured at least one link regarding alternatives to Docker Desktop, as had quickly appeared upon the arrival of last week’s news. For example, one blog post on migrating from Docker to Podman by DevOps engineer Marcus Noble seems to have struck a nerve, noting Podman’s “well-timed tweet” regarding support for non-Linux operating systems.

Very exciting news. It’s MUCH easier than you think to run Podman on Mac/Windows. Also, be patient with network and storage, we’re working on it – Podman remote clients for macOS and Windows https://t.co/xsmW5pIv2D pic.twitter.com/ASzGppGX45

Meanwhile, it looks like the Podman team is taking this all into consideration, and discussing whether or not Podman should offer a Podman Desktop for Windows, Linux and Mac, writing that “several requests have been received via Twitter, IRC, email, and other sources, to provide a Podman Desktop application similar to the one that Docker provides.”

Beyond Noble’s blog post, other highlighted links included Podman’s recently added support for Apple’s M1 machines and even a months-old post from Red Hat on how to replace Docker with Podman on a Mac.

Now, as if all of this weren’t enough, Infoworld also published a long and worthwhile piece this week examining how Docker broke in half, featuring interviews with Docker creator Solomon Hykes, former CEO Ben Golub, early employees, and more. The piece catalogues the company’s many missteps along the way — not the least of which being its general lack of focus and inability to work well with the Kubernetes team — that have brought the company to where it is today: still struggling to be profitable despite its popularity.

Docker, meanwhile, put out a blog post this week explaining the magic behind the scenes of Docker Desktop and an attempt to show that Docker Desktop is more than simply a graphical user interface (GUI) for containers. “Docker Desktop is designed to let you build, share and run containers as easily on Mac and Windows as you do on Linux. Docker handles the tedious and complex setup so you can focus on writing code,” they write, before going into all the details on what Docker Desktop does.

The question remains, as it did last week, whether or not companies will be willing to pay for Docker Desktop or will make the leap to some alternative, whether Podman (as is in vogue this week) or any of the other alternatives. For some out there, at least, it isn’t even a choice…

The Magic Behind the Scenes of Docker Desktop https://t.co/1TkTINeWYp <– Hint: it’s much more than just a container UI. #Docker #containers pic.twitter.com/N5SBNgVKGN

I need every non-software developer to know that in a large majority of cases, inheriting a product your software development team didn’t build is 100x more work than building it anew.

Me: Linux is the best operating system ever! I don’t understand why everyone doesn’t use it!

Also me: just ssh’d into my desktop to restart it because the keyboard stopped working

Amazon Web Services is a sponsor of The New Stack