This Week in Programming: The Ethical Quagmire of Technological Contact Tracing

This Week in Programming gathers all the hottest development news in the cloud native computing community.
Apr 18th, 2020 5:00am by Mike Melanson 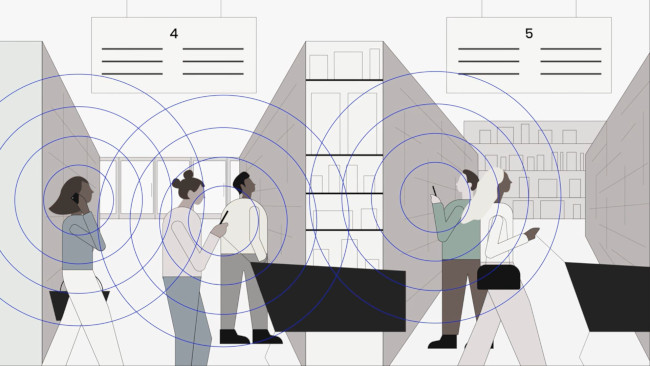 As developers, the instinct is to look toward technological solutions for problems. In the case of a pandemic, contact tracing is a traditional tactic for trying to prevent the further spread of the disease, usually performed by interviewing an infected individual about who they have been in contact with during a recent time period and then getting in touch with those people, so that they may self-monitor and isolate, to further prevent the spread of a communicable disease.

Like anything, contact tracing has its limitations — who you say you have been “in contact” with may not include the person who stood next to you in line in the store the day before, and you may not want those questioning you to know who you’ve been in contact with for one reason or another. In dealing with the Ebola epidemic in Africa, for example, Doctors Without Borders encountered this mistrust and found that only when the contract tracing was the result of a community effort was it more successful.

During a panel on “Tech Ethics in the Dark Times” at Snyk‘s All The Talks virtual conference this past week, technologist, engineer and author Anne Currie spoke of the success Asian countries have had in using technology to monitor their citizens, but also the privacy concerns that these same technological implementations would present in Western countries. Currie spoke of drones hovering over cities, taking people’s temperatures and using facial recognition to identify them and then put them into compulsory quarantine.

“Now, there are two reasons why we might not want to use that approach in the West. One, this is very heavy-handed. We might struggle to do it in a democratic society, but probably more importantly, we couldn’t do it — China has been spending as much on internal surveillance as its entire external defense budget for several years now. We just haven’t, we are not in that position,” said Currie.

While this particular idea may not be a realistic solution for the U.S., two notable efforts (among others) have emerged to tackle these issues through the use of anonymized Bluetooth signals. First, there’s MIT’s proposal to automate COVID-19 contact tracing while preserving privacy using a Bluetooth “chirp” and functionality very similar to that in Apple’s “Find My” phone feature.

MIT’s specific solution, PACT: Private Automatic Contact Tracing, is “a technical standard/specification that anyone can deploy on any smartphone ” and it acknowledges that its success requires “a trusted, privacy-preserving approach” in order to achieve widespread adoption, as well as availability across all smartphone platforms “to assure broad and equitable deployment.”

This is where the second proposal comes into play, that of Google and Apple, who have teamed up to announce an effort based on the same technological idea, but with the added perk of being baked into both Android and iOS, so that the two dominant mobile operating systems can not only communicate with each other, but run such a software in the background.

I know, right now your spidey senses around privacy are tingling, but both companies are offering assurances that the technology provides complete anonymity and, according to an article in Vox on privacy concerns, a “plan to sunset the contact-tracing tool at the end of the pandemic, though details about exactly which software features will go away and what qualifies as the ‘end of the pandemic’ still need to be explained.”

"In programming the hard part isn’t solving problems, but deciding what problems to solve." – Paul Graham

While these concerns are certainly valid and warranted, even the Electronic Frontier Foundation (EFF), a staunch defender of digital privacy rights and limitations, told Recode that it’s an “extraordinary time” and that they “would accept some pretty extraordinary things that EFF would normally never endorse.” The American Civil Liberties Union (ACLU) also offered a comment on the proposal that largely gave it the go-ahead, writing that “Apple and Google have announced an approach that appears to mitigate the worst privacy and centralization risks, but there is still room for improvement. We will remain vigilant moving forward to make sure any contact tracing app remains voluntary and decentralized, and used only for public health purposes and only for the duration of this pandemic.”

Of course, outside of even just the most basic concerns around privacy, there are numerous others, as laid out in one opinion article on Bloomberg, plainly titled “The COVID-19 Tracking App Won’t Work.” Why? The myriad other factors around income, healthcare access, racial inequality, and so on.

“To be effective, it must help the most vulnerable — people who, due to characteristics such as race, income, age and occupation are disproportionately exposed and dying. Yet many of them simply don’t have smartphones. They’re homeless, in nursing homes, in prisons. It’s the same old access story, similar to how Verily, a division of Google’s parent company Alphabet, can help people find and arrange coronavirus testing — but only if they have a Google account. The people who need the service most are locked out.”

C was created by legendary male hackers and 40+ years later it is still impossible to write safe C code. COBOL was created by women who were pioneers in computer science, runs the world financial system, and you only hear about it when the world breaks.

GitLab and Snyk are sponsors of The New Stack.