This Week in Programming: The Time Has Come to Pay Attention to WebAssembly

The World Wide Web Consortium (W3C) dubbed WASM an official web standard and the fourth language that allows code to run in the browser.
Dec 13th, 2019 12:00pm by Mike Melanson 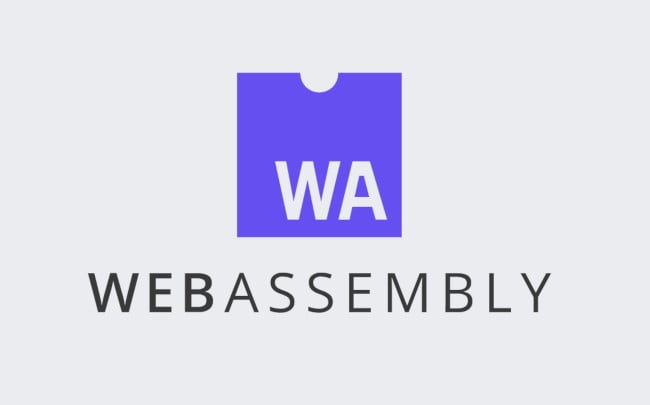 I don’t know about you, but even just hearing the term “assembly” can cause a spike in my blood pressure and an uptick in my pulse. The word alone conjures up memories of goofing around with what seemed like a purely incomprehensible language that, when used improperly (which was most of the time, it seemed) could quickly overwrite your boot sector and render your computer unusable — or otherwise generally cause some level of harm that felt rather less likely with ol’ BASIC. (Yes, this was something I did in the 80s.)

If you happen to share any of these anxieties, fret not over WebAssembly (WASM). Rather than bringing the possibility of overwritten boot sectors, WebAssembly offers the ability to bring high-level languages, like C, C++, and Rust to the browser, as well as outside of the browser.  In short, WebAssembly is a binary instruction format for a stack-based virtual machine and this week, the World Wide Web Consortium (W3C) dubbed it an official web standard and the fourth language for the Web that allows code to run in the browser, joining HTML, CSS and JavaScript.

The gist of WebAssembly is that it brings high-performance applications, such as image and video editing, games, streaming music, among many other use cases, “by being a virtual machine and execution environment enabling loaded pages to run as native compiled code” and providing “near-native performance, optimized load time, and perhaps most importantly, a compilation target for existing codebases,” according to the W3C announcement.

As for the initial comparison of WebAssembly to its namesake, the primary difference here is that WASM is running in a virtual machine, which means it is essentially sandboxed and can be blocked from going and making a kernel call (or overwriting your boot sector).

With this week’s news, WebAssembly has officially reached version 1.0 and is supported in the browser engines for Firefox, Chrome, Safari, and Internet Explorer, and the Bytecode Alliance launched last month to help ensure “a WebAssembly ecosystem that is secure by default” and for bringing WebAssembly to the aforementioned outside-the-browser use.

Fun fact: Webassembly is neither web nor assembly. It can be run out side browser too. Its called WASI, web assembly system interface. Its so crazy and at the same time so powerful, Solomon Hykes said, If WASM+WASI existed in 2008, we wouldn't have needed to created Docker🤯

Of course, not everything is 100% rosy. As pointed out by an article in The Register, WebAssembly also brings with it an increased level of obfuscation of what exactly is going on, giving it an increased ability to perform some surreptitious actions. For example, they cite one study that “found ‘over 50 percent of all sites using WebAssembly apply it for malicious deeds, such as [crypto] mining and obfuscation.'” Nonetheless, with WebAssembly gaining this designation by W3C, it is, indeed, time to pay closer attention to the newly nominated Web language standard.

I saw the best minds of my generation destroyed by rewriting working software in Rust.

Me 3 years ago: Ok first I’ll master JavaScript and Node, then I’ll learn Python, Ruby and some Java.

Me today: I am still learning JavaScript.

This is my favorite Christmas programming joke 😂😂😂 pic.twitter.com/b1hQvzN4cM