2018-08-11 08:11:22
This Week in Programming: Vandwelling and the New Work Stack
analysis,this-week-in-programming,
Software Development

This Week in Programming: Vandwelling and the New Work Stack 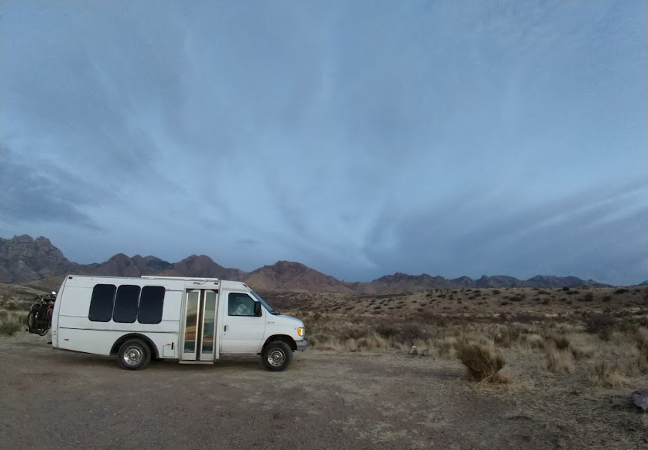 I still remember the day everything changed. It was 2010, I was still pretty fresh to life with a smartphone. The rushing feeling of freedom was immediate as I realized that the chains of bondage to the desk and the Wi-Fi router were finally broken. Suddenly, I could work from anywhere I could get a cell signal.

Like many before and many after, I immediately set out and purchased a van, stuck a bed and a kitchenette in the back, among other accouterments, and circumnavigated the country while blogging about the latest and greatest Internet hubbub.

I worked while I rode the city bus. I worked from the park. I worked next to babbling brooks and with mountain vistas instead of a cubicle decorated with pictures of life outdoors. “Remote work” took on a new meaning entirely, as even the confines of my own home felt suddenly too claustrophobic to handle.

You have no idea how bad I wanted to pass this car, then I realized I shouldn’t… never pass a null pointer. pic.twitter.com/IOaakNNQrj

This last year, armed with the knowledge gained from my previous adventure, I again set out to work from the various corners of the country — only this time in a 21-foot shuttle bus armed with a 12VDC fridge, a 300 watt solar panel taped to the roof, a bank of deep cycle batteries, and my trusty Chromebook. To say the least, I had upped my game, but in reality, almost none of this is necessary.

And chances are, you work on the internet and could do the very same. But how?

Well, if you’re looking to make the leap to the vandwelling lifestyle, there is a plethora of information out there to get you moving. From the Skoolie forum, a website that will take you back to your internet surfing days of the 90s, to the Vandwellers subreddit, a burgeoning community of vehicle-dwelling denizens. And of course, there are YouTube channels and blogs galore.

But, thankfully, you’re a developer, so you’re task will not be to try to market and sell your lifestyle, obsessively filming your van-build and blogging your life hacks daily. Instead, you just need to worry about the basics — food, shelter, internet access, power, water, and the occasional shower.

To that end, I’d wager that it’s easier than ever to become a vagabond developer, as it were. From dedicated Wi-Fi hotspots to phone plans that let you tether practically unlimited amounts of data, Internet access is barely an issue in my experience. And if like myself, you find yourself camping in the U.S. Bureau of Land Management (BLM) land or national forests, there are numerous apps that not only offer high definition maps of cell connectivity but also identify where the closest towers are and how you might adjust your position for better access.

Spoiler alert: Verizon still dominates the market when it comes to access, but if you’re really worried, your best bet is to have internet access from multiple carriers. If you are nature seeking and spendthrift, FreeCampsites.net will quickly become your bible, but don’t let it limit you — make sure to acquaint yourself with their tips on how to find free camping and break out of the box. (Side tip: if you are on Project Fi, make sure to grab FiSwitch, which allows you to choose your network and can often get you access when otherwise you’d have none.) As for power, while life is admittedly much better with a giant solar panel on the roof, $25 on Amazon gets you a car charger that will power up pretty much any device you have. There are also the many portable solar options available for times when you aren’t driving enough to keep everything charged.

All that is to say, dear deskbound developer, that the world is at your fingertips — all you need to do is go get it. These tips are just my brief little tip of the iceberg and they have taken me nearly 15,000 miles across 20 states in 2018. And it’s just getting easier as time goes on.

With that, let’s take a quick look at some of the big news in programming of the week past.

OH: "Scrum made us care more about Sprints than about the product"

The three varieties of code noodles: