This Week in Programming: Visual Studio Code Arrives on the Web

The hottest development news for the cloud native computing community in Programming this Week.
Oct 23rd, 2021 6:00am by Mike Melanson 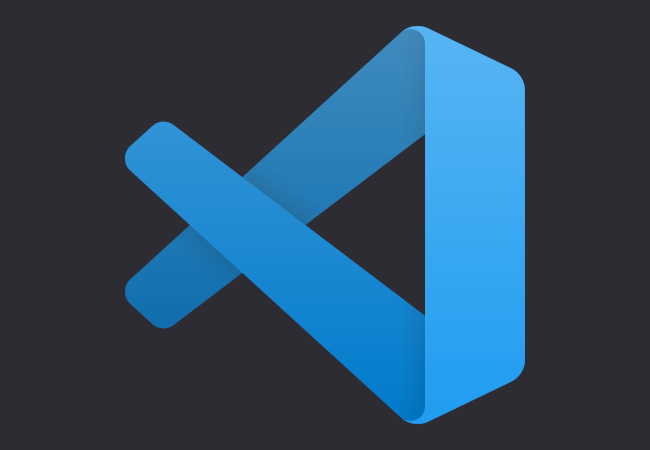 Microsoft continued its march toward developer dominance this week with the launch of Visual Studio Code for the Web, a lightweight version of the company’s highly popular (mostly) open source code editor that runs fully in the browser.

Now, before you go getting too excited, VS Code for the Web isn’t really a fully-functional version of VS Code running in the browser, as it has no backend to back it up, which means its primary purpose is for client-side HTML, JavaScript, and CSS applications.

“Since VS Code for the Web is running completely within the browser, some experiences will naturally be more constrained, when compared to what you can do in the desktop app. For example, the terminal and debugger are not available, which makes sense since you can’t compile, run, and debug a Rust or Go application within the browser sandbox (although emerging technologies like Pyodide and web containers may someday change this),” Microsoft explains, adding that code editing, navigation, and browsing are “a bit more nuanced”.

That is, VS Code for the Web is able to provide syntax colorization, text-based completions and other such features for popular languages such as C/C++, C#, Java, PHP, Rust, and Go, while TypeScript, JavaScript, and Python are “all powered by language services that run natively in the browser” and therefore provide a “better” experience, while those aforementioned Web languages, such as JSON, HTML, CSS, and LESS, will provide the best experience. Extensions, meanwhile — which are among the top reasons for using VS Code — generally work for user interface customizations (and can be synced with your other environments), but, again, not so much for those back-end features.

Caveats aside, VS Code for the Web does, indeed, offer a lightweight, available-anywhere code editor for things like your tablet, your Chromebook, and heck, even your XBOX.

Microsoft have just released https://t.co/7orb0TjChd, an online version of @code in your browser.

But I wanted to show you something, so far it’s working on @Xbox @MicrosoftEdge

I’m coding on an Xbox. 🤯 pic.twitter.com/XplXHvTHy0

Now, all that said, we have to ask — where are all the other major cloud providers in this transition of the development environment to the web? While we’ve heard nothing but remote this and remote that for the last year and a half due to COVID, it almost seems like Microsoft is the only one paying any real attention. Every move the company makes seems to be working to get their hooks sunk deeper into that ever-present “developer experience” you hear so much about.

While companies like Amazon and Google seem to be sitting idly by in this arena, Microsoft is not the only company focused on providing remote developer experiences. The Eclipse Foundation, for example, last year offered what it said was “a true open source alternative to Visual Studio Code” with Eclipse Theia and Eclipse Foundation executive director Mike Milinkovich said he expects this to be just the beginning.

“We have been saying for years that the future of developer tools is the browser. Developers already use their browsers for the vast majority of their day-to-day tasks, with code editing being amongst the last to move,” Milinkovich wrote in an email. “Microsoft’s recent vscode.dev announcement is a recognition of this trend. I expect that every serious cloud vendor will be following suit over the next few quarters.”

GitPod, meanwhile, has been hard at work in this very same arena, with its own launch just last month of the open source OpenVSCode Server, which also lets developers run upstream Visual Studio Code in the browser. Gitpod co-founder Johannes Landgraf points to GitHub1s as the original inspiration for these projects, and points to their lack of compute as a defining characteristic.

“Inspired by GitHub1s, github.dev/vscode.dev put the web workbench of VS Code in the browser without access to compute,” Landgraf wrote. “While this is yet another validation that we reached a tipping point of how and where we develop software, platforms such as Gitpod and Codespaces are so much more. Think orchestration and provisioning of compute, operating system, language servers and all other tools you require for professional software development in the cloud.”

While Landgraf obviously has a point, VS Code for the Web is like that $5 rotisserie chicken on Fridays — dang it smells good, it gets you in the door, and the next thing you know, you’ve spent $100 on other things…like GitHub Codespaces, which is, after all, pretty much the same exact thing, except it provides all those back-end services and, more importantly for Microsoft, is not free to use. And more important still, once you’ve got all those developers fully hooked on VS Code, Codespaces, GitHub, and the rest of it, Azure isn’t too far down the line now, is it?

Microsoft’s building the ‘full developer stack’ of the future, and all the pieces are coming together:

– Linux on Windows
– VS Code, the most popular web dev IDE, now in the cloud
– GitHub for code storage/deploys/etc
– npm for packages
– Azure for everything else

I love this so much. The engineering restraint, the patience, the desire for quality.https://t.co/85iTEt7BxO

Dijkstra: goto considered harmful
also Dijkstra: i made a whole algorithm to goto any point in a graph,

Mike is a freelance writer, editor, and all-around techie wordsmith. Mike has written for publications such as ReadWriteWeb, Venturebeat, and ProgrammableWeb. His first computer was a "portable" suitcase Compaq and he remembers 1200 baud quite clearly.
Read more from Mike Melanson
SHARE THIS STORY
RELATED STORIES
Multicloud vs. Hybrid Cloud: Key Comparisons and Differences Serverless vs. Kubernetes: The People's Vote Google Makes Postgres-Compatible AlloyDB Generally Available AWS Re:Invent Updates: Apache Spark, Redshift and DocumentDB Is Low-Code Development Better for the Environment?
SHARE THIS STORY
RELATED STORIES
AWS Brings Trusted Extension Support to Managed Postgres Data in 2023: Rethink the Modern Data Stack Retrospective: Why Was Cloud Foundry at KubeCon? AWS Re:Invent Left Attendees with More Questions AWS Re:Invent Updates: Apache Spark, Redshift and DocumentDB
THE NEW STACK UPDATE A newsletter digest of the week’s most important stories & analyses.
The New stack does not sell your information or share it with unaffiliated third parties. By continuing, you agree to our Terms of Use and Privacy Policy.