This Week in Programming: ‘We are Never, Ever, Ever Licensing Your Software’ 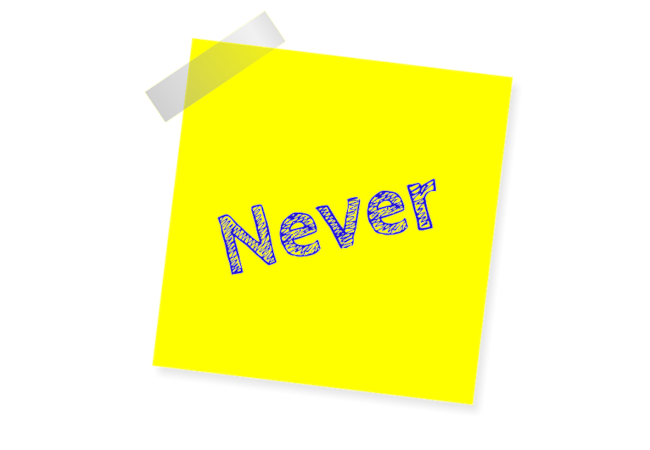 Feature image by Maklay62 from Pixabay.

If you look at the variety of open source licenses available, you’ll notice one theme in common — they all permit the use of that open source code in the creation of commercial products. And while these recent kerfuffles over big companies, such as Amazon, using open source code in products they provide commercialize may seem like a new trend, it’s pretty much the oldest tale in open source playing out over and over again in new and inventive ways. Heck, it’s practically the origin of open source.

This week, the debate around open source licenses has been renewed with some news from CockroachDB that they will be relicensing under “an extremely permissive version of the Business Source License (BSL)“, as first created by MariaDB, and moving even further away from the Apache License 2 (APL). The company had previously shifted to the CockroachDB Community License (CCL), which intended to “ensure that commercial usage of enterprise features, beyond an evaluation period, is paid.”

In a blog post, the company now explains its thought behind “Why We’re Relicensing CockroachDB“, writing that “our past outlook on the right business model relied on a crucial norm in the open source software world: that companies could build a business around a strong open source core product without a much larger technology platform company coming along and offering the same product as a service. That norm no longer holds.”

The new license has a “rolling time limit” of three years, after which the license converts to the standard Apache 2.0 license, and the company admits that “this means that CockroachDB core is no longer Open Source (according to OSI’s Open Source Definition), although the complete source code is still available, and any commercial usage is allowed with the one exception of building a DBaaS.”

Reactions from open-source leaders, such as Bryan Cantrill and Steve O’Grady, are anything but mixed.

i can't believe this actually needs to be said, but, well, here we are https://t.co/uWKqxbvQXI

if this is is truly the goal, a lot people are going to be disappointed https://t.co/e7bRO31BUR pic.twitter.com/secSRCRQIn

Others, meanwhile, say that the current conundrum of companies like Amazon taking open source and forking it for its own monetization, or merely offering it as a competition-killing service, is the expected outcome to this movie.

Chris DiBona, an “open source dude” for Google, however, simply asks for one thing in this new world of not-open-source: license clarity.

..There is clearly a desire expressed by these Source Available players to work with the larger world. Here's the thing: One of the *great* and useful things about open source licenses is we have uniformity across a given license "type": mit, bsd, gplv2 etc.. and thus ..

..that we whittle the 'source available' licenses down to a couple of standard ones so that we compliance types can make their adoption more efficient. I will tell you that as it stands, we end up having to evaluate every 'new' license carefully and have rejected the use of …

Well, there you have it — another episode in the sitcom of how to hold on to something that isn’t really yours. As the Open Source Initiative lays out clearly in its FAQ, “Open Source licenses may not discriminate against persons or groups. Giving everyone freedom means giving evil people freedom, too.”

Apple isn't the only one with a thousand dollar monitor stand. pic.twitter.com/9mJciEH5fn

Tay, multi-cloud is a hip way of saying we've acquired several companies and not migrated any cloud instances because it's expensive, time consuming, and frankly, nobody remembers why it was set up this way in the first place.

Mike is a freelance writer, editor, and all-around techie wordsmith. Mike has written for publications such as ReadWriteWeb, Venturebeat, and ProgrammableWeb. His first computer was a "portable" suitcase Compaq and he remembers 1200 baud quite clearly.
Read more from Mike Melanson
SHARE THIS STORY
RELATED STORIES
OpenAI, ChatGPT and the Next Age of 'Build'  Microsoft Makes Azure Load Testing Generally Available Nextdoor's Plan for Catching New Release Troubles Early on Groundcover: Simplifying Observability with eBPF JavaScript or WebAssembly: Which Is More Energy Efficient and Faster?
TNS owner Insight Partners is an investor in: Docker.
SHARE THIS STORY
RELATED STORIES
Groundcover: Simplifying Observability with eBPF NASA and IBM to Speed AI Creation with New Foundation Models Wasm for the Frontend: A Look at Developer Use Cases Is the Answer to Your Data Science Needs Inside Your IT Team?  Turbocharging Host Workloads with Calico eBPF and XDP
THE NEW STACK UPDATE A newsletter digest of the week’s most important stories & analyses.
The New stack does not sell your information or share it with unaffiliated third parties. By continuing, you agree to our Terms of Use and Privacy Policy.