This Week in Programming: What Kind of Developer Are You, Anyway?

This Week in Programming summarizes the most pertinent news in the cloud native computing community.
Feb 22nd, 2020 6:00am by Mike Melanson 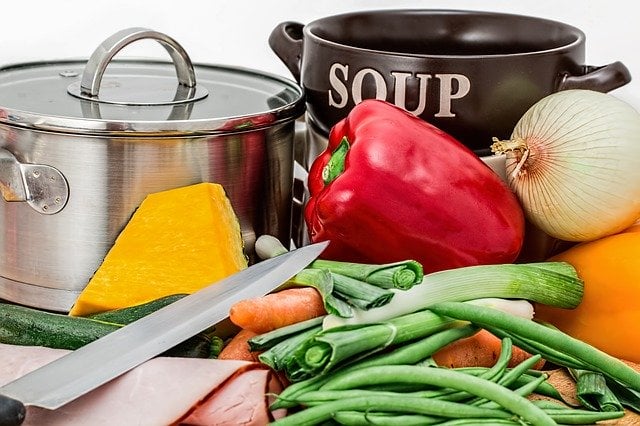 As with any profession, hobby, or endeavor, being a developer can leave one with existential questions — what type of developer are you, you might ask yourself. Are you a 10x developer, a 1x developer, or are you even one at all? Maybe you’re more of a script kiddie, tinkerer, or perhaps you feel yourself to be a secret imposter.

Personally, when I’m asked if I’m a developer, programmer, coder, what have you, the answer usually comes in a jumbled word salad of explanation and qualification that finally ends with me offering an assurance that I can somehow get computers to do what I need if I put my mind to it… but I’m no programmer, really.

This week, a couple of articles crossed my feeds that have again spurred me to these ideas, though rather than offering more questions, they provide some solutions. First, an article here on The New Stack helps to tear down the assumption that there even exists such a thing as a 10x programmer. A 10x programmer, in case you were unaware, is said to be a programmer who is 10 times more productive than their peers, through some assumption of sheer intellect, talent, devotion, and passion. Much like the once-fabled “code ninja” or “rockstar engineer”, the 10x programmer outshines and stands shoulders above all others.

If you were trying to define yourself in terms of this superlative being, fret not, because the study finds instead that “when we consider the entire body of work, not just the outliers, the evidence for super programmers looks weak” and “while some programmers are better or faster than others, the scale and usefulness of this difference has been greatly exaggerated.”

Now, for me, I never even questioned whether or not I was that good of a programmer, but I did wonder instead if I were rather something close to a 0x programmer — after all, I don’t even have much in the way of keywords or syntax of any particular language hardwired into my brain these days, so what am I other than a hobbyist, at best? I’m a guy who, when called upon by the non-profit group I volunteer with, I can make the website work again. I can handle code changes and even add new functionality. I can do things to WordPress that blow their minds with relative ease.

This went by randomly on an imageboard I was watching. The guy in the glasses is my friend Jason Skiles, who worked on NFL Blitz and WWF Wrestlemania (for which this was shot for some reason). Jason says he wrote the line, too pic.twitter.com/cAqW5F0XLf

The second article that crossed my feed this week posed another possibility for what it is people like me are, with the comparison of an app and a home-cooked meal by author and “enthusiast-level programmer” Robin Sloan. In the post, Sloan talks about an app he put together over a week’s time using “an AWS S3 bucket to hold the photos and videos, a couple of AWS Lambda functions to do things” and distributed to the user base — his family — over TestFlight, where “it shall remain forever: a cozy, eternal beta.”

His family had been using a different app to talk to each other for years, he explains, until it recently shut down. Rather than “settling for a corporate messaging app”, he built a replacement that he says is “inseparable from the spirit in which it was made” — piecing together bits of open source code and using the managed tools of the trade. “In the 21st century, as long as you’re operating within the bounds of the state of the art, programming can feel delightfully Lego-like. All you have to do is rake your fingers through the bin,” he writes. It’s Sloan’s description of his resulting identity crisis, however, that sounds all too familiar and really struck a chord:

For a long time, I have struggled to articulate what kind of programmer I am. I’ve been writing code for most of my life, never with any real discipline, but/and I can, at this point, make the things happen on computers that I want to make happen. At the same time, I would not last a day as a professional software engineer. Leave me in charge of a critical database and you will return to a smoldering crater.

Making this app, I figured it out:

I am the programming equivalent of a home cook.

The politics around Istio and Knative within Google are fascinating. AFAICT from the outside, they are primarily driven by a few execs who believe that Google "gave away the farm" when they moved K8s into a foundation. A few of my thoughts on this subject: 🧵

Cat OSI model. Knocking over your traffic at every level. Because cats. 🐱😂 https://t.co/r3c21o8fTH

Mike is a freelance writer, editor, and all-around techie wordsmith. Mike has written for publications such as ReadWriteWeb, Venturebeat, and ProgrammableWeb. His first computer was a "portable" suitcase Compaq and he remembers 1200 baud quite clearly.
Read more from Mike Melanson
SHARE THIS STORY
RELATED STORIES
OpenSSF Aimed to Stem Open Source Security Problems in 2022 Trace-Based Testing for a Distributed World Turbocharging Host Workloads with Calico eBPF and XDP MITRE ATT&CK Framework: Discerning a Threat Actor’s Mindset Yes, Your Enterprise Needs Low Code Now
TNS owner Insight Partners is an investor in: The New Stack.
SHARE THIS STORY
RELATED STORIES
3 Benefits of Technology Integrations in Cloud Security State of the API: Monetizing API Deployment Is on the Rise Insights on Integration Tests with Foresight Platform Engineers: Developers Are Your Customers Rethinking Java @Scheduled Tasks in Kubernetes
THE NEW STACK UPDATE A newsletter digest of the week’s most important stories & analyses.
The New stack does not sell your information or share it with unaffiliated third parties. By continuing, you agree to our Terms of Use and Privacy Policy.