This Week in Programming: What’s the Takeaway of KubeCon EU 2021? 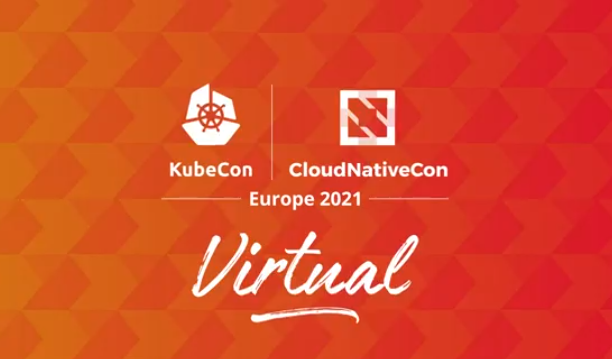 Big conferences always lead people to ask questions like “what is the key takeaway?” and this week’s KubeCon+CloudNativeCon Europe is no exception. Of course, it’s not necessarily true that there is one answer to this sort of question, and it certainly depends on who you ask. That guy you know who works for a storage vendor will inevitably quip that persistent storage, or some such thing, is still the biggest issue to tackle with Kubernetes, while the service mesh maintainer will talk to you about the great panel on proxies.

In the lead up to the event, Cloud Native Computing Foundation (CNCF) vice president of ecosystem Cheryl Hung penned an article in Tech Beacon that offered readers a look at four cloud native trends to watch at the conference: Internet of Things and edge computing, AI, GitOps, and system resilience. “A need to master the development and delivery process […] became a pressing issue,” Hung wrote, noting the increasing adoption of containers and Kubernetes alongside the similarly increasing pace of software delivery.

Obviously, Hung would have an insider’s edge at predicting the themes of a conference that her organization puts on, but do attendees and presenters agree?

The New Stack contributing author Bruce Gain was one such observer in attendance this past week, and his takeaway indeed had to do with helping ease software delivery pains, as he wrote in his wrap-up of the conference, titled “KubeCon + CloudNativeCon EU Confronts the Great App-Delivery Challenge.”

“Today, most Sandbox projects of the Cloud Native Computing Foundation fall under the broad categories of runtime and application delivery, reflecting how DevOps teams continue to seek ways to improve the developer and operations experience when building and deploying applications on cloud native environments, especially for those built on Kubernetes,” writes Gain, pointing to a keynote by CNCF Technical Oversight Committee Chair Liz Rice. “In other words, most activity around CNCF Sandbox projects has been associated with improving the developer experience for cloud native production pipelines,” he later continues.

Indeed, Gain continues on in his analysis with some discussion of GitOps, service mesh, and proxies, but what else could be expected? The view, however, is different depending on who you ask, and Aeva Black, open source program manager with Azure Confidential Computing at Microsoft, offers a Twitter thread that comes to a distinctly different conclusion:

Following the trend, here are a few talks that I think everyone should see at #KubeCon b/c they’re indicators of the major tech trends to come!

Rather than application delivery or GitOps, the synopsis they offer is that the most important panels of the event were focused on cybersecurity and things that impact privacy and safety, noting that “#diversity is a #security issue, too!”

All that said, what was your takeaway from KubeCon this time around?

That looks about right. pic.twitter.com/mDOOOGfkyR

poorly structured standing stones are unmaintainable, regardless of the cardinality of their deployment topology

Amazon Web Services and KubeCon+CloudNativCon are sponsors of The New Stack.