This Week in Programming: Whither Serverless?

This Week in Programming summarizes all the latest development news in the cloud native community.
Oct 25th, 2019 12:28pm by Mike Melanson 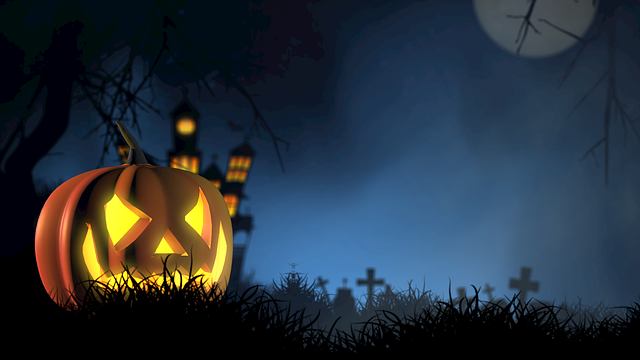 Last year, serverless was all the rage. But what about now? Maybe so? Maybe not?

Either way, it seems that the topic is on people’s minds this week, as it has crossed my various feeds in myriad ways, first with an email from Doug Davis to the Cloud Native Computing Foundation (CNCF) technical oversight committee (TOC) listserv. In the email, Davis, a co-chair of the Serverless Working Group (WG) summarized a recent discussion around whether or not to include the AppDelivery special interest group (SIG) under their purview, eventually deciding that, while there was some overlap, a separate “AppPlatform” SIG might be more appropriate. It was the reasoning that struck me as interesting, on the topic of a blurring of lines.

“The creation of a Serverless SIG might be too limited in scope. One of the things that we’re noticing is that the lines between CaaS, PaaS, FaaS and Serverless are getting blurry,” wrote Davis. “Which means the distinction between the various platforms, or underlying technologies for each *aaS, is becoming less clear. Instead, the differences are becoming more akin to configuration settings rather than entirely distinct platform considerations.”

Meanwhile, an article over at ZDNet asks if the container hype has jumped the shark as it looks at some numbers from a recent report by Cloud Foundry that, in short, finds that developers like productivity and appreciate abstraction when available, but value stability most. Again, though, it was this idea of overlapping that struck a note here — while the growth of both containers and serverless has slowed, adoption is still on the rise, with users often opting for both, not either-or. In case you were confused by that melange of acronyms earlier in the email, the gist was that the lines between containers, platforms, functions — all “as a service” — and serverless were getting blurry.

Meanwhile, cloud and Kubernetes guru Kelsey Hightower took to Twitter this week to ask if any, very specific company out there in the real world had come to switch 100% over to serverless.

Are there any good success stories where a large organization, with real customers, and has been in business more than 10 years, that has been able to sunset their entire stack in favor of a 100 percent Serverless architecture?

While some offered that they had, indeed, met Hightower’s very specific conditions, the majority of respondents tended toward a response along the lines of “who does anything 100%?”

Or 100% on…anything. Nothing ever wins everything. (But Kelsey knows that already.)

Although we exists only 8 years and it is internal / external facing products we are 99% serverless. One products runs 8000 parallel functions to crunch terabytes of data few times a day. The funny story is this product was migrated from containers and monolith before :)

So, on the question of where has serverless gone as of late, I’d venture nowhere in particular, but perhaps to the other side of that parabolic curve that is a hype cycle. Whereas its devotees may have professed serverless’ utility for all use cases, the more likely outcome is that it becomes part of the larger stack, alongside all those other as-a-service tools out there. At least, that’s what everything seemed to be pointing to this week.

Dress up as a TCP packet for Halloween…

Them: what are you dressed as?

You: are you ready for me to tell you?

Them: I am ready for you to tell me

You: ok I am going to tell you

You: I am a TCP packet

You: I am a TCP packet

Welcome to MCRaaS (@mattklein123 Code Review as a Service). Please elect to receive one or both of the following comments:

1) Please add documentation and release notes.
2) Can we make this simpler?

Thank you and have a joyous day.

There are no actual full stack developers in 2019.

The stack has become too large for a single person

Pro tip: Look at the code before committing.

Cloud Foundry and CNCF are sponsors of The New Stack.

Mike is a freelance writer, editor, and all-around techie wordsmith. Mike has written for publications such as ReadWriteWeb, Venturebeat, and ProgrammableWeb. His first computer was a "portable" suitcase Compaq and he remembers 1200 baud quite clearly.
Read more from Mike Melanson
SHARE THIS STORY
RELATED STORIES
Kubernetes Needs to Take a Lesson from Portainer on Ease-of-Use 3 Container Practices to Boost Your Security Posture Docker versus Kubernetes: Start Here Connect to Remote Docker Machines with Docker Context WebAssembly Needs Schedulers, and Kubernetes Doesn't Quite Fit the Bill
TNS owner Insight Partners is an investor in: The New Stack, Hightower.
SHARE THIS STORY
RELATED STORIES
4 Ways to Use Kernel Security Features for Process Monitoring How to Deploy Containers with nerdctl Kubernetes Needs to Take a Lesson from Portainer on Ease-of-Use Can Observability Platforms Prevail over Legacy APM? Install Dozzle, a Simple Log File Viewer for Docker
THE NEW STACK UPDATE A newsletter digest of the week’s most important stories & analyses.
The New stack does not sell your information or share it with unaffiliated third parties. By continuing, you agree to our Terms of Use and Privacy Policy.