This Week in Programming: Who’s Headed to KubeCon?

This Week In Programming brings together all the best development news in the cloud native computing community.
Sep 25th, 2021 6:00am by Mike Melanson 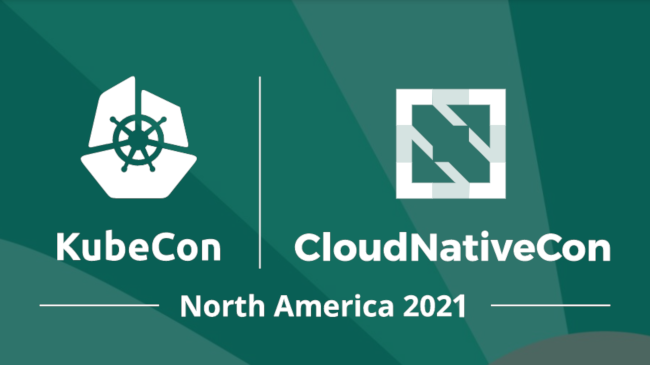 A little over a month ago now, with the Delta variant spreading rapidly across the U.S. and filling up ICUs, we wondered if the canceled AWS re:Inforce conference would be just the first of many dominoes to fall. While the future seemed uncertain, (isn’t that a blanket statement of the past two years?) the mass cancellation that we saw in early 2020 never came to repeat itself.

Being The New Stack, we were, of course, particularly interested in the upcoming KubeCon + CloudNativeCon North America taking place in mid-October in Los Angeles. Well, here we are just a few weeks out, and it would appear all systems are go… but are you going to be there?

I am ready to see other humans besides my children. #KubeCon

While the show will still go on, it does look like this year’s KubeCon+CloudNativeCon will be a little, shall we say, light in terms of in-person attendance. The conference is requiring that all attendees show proof of vaccination, but that doesn’t seem to be an inhibitor to attendance so much as a remaining weariness around gathering indoors in large crowds, paired with a continued travel ban.

Today it is a sad day, I am cancelling my flight and hotel reservation for @KubeCon_ as the travel ban will not be lifted in time. I will miss meeting you all @n3wscott @e_k_anderson @AikasVille and the rest of the amazing @KnativeProject community that is attending!

A recent Twitter thread showed that a number of names you would otherwise expect at Kubernetes’ yearly event, including Joe Beda, one of the Kubernetes creators, would not be attending for precisely this set of reasons. Corroborating that fact, Priyanka Sharma, the executive director of the Cloud Native Computing Foundation (CNCF) recently told The New Stack that indeed in-person attendance would be less than usual at this year’s conference, likely topping out at around 4,000 instead of the nearly 12,000 that attended in 2019.

For those of you who are attending the show, there will be your usual variety of parties, co-located events, and talks, although some of those will even be virtual while in-person, and even a post-conference trip to Disneyland.

AFAIK containers provide sufficient isolation from COVID-19, you should be safe

My love language is removing tracking parts from URLs before sharing them.

Mike is a freelance writer, editor, and all-around techie wordsmith. Mike has written for publications such as ReadWriteWeb, Venturebeat, and ProgrammableWeb. His first computer was a "portable" suitcase Compaq and he remembers 1200 baud quite clearly.
Read more from Mike Melanson
SHARE THIS STORY
RELATED STORIES
Kubescape: A CNCF Sandbox Platform for All Kubernetes Security Why Your Kubernetes Ship Is Sunk without Machine Learning Kubernetes App Deployment from the Command Line DevPod: Uber's MonoRepo-Based Remote Development Platform PromCon 2022: Why Prometheus Had to Change
The Cloud Native Computing Foundation, IBM and KubeCon+CloudNativeCon are sponsors of The New Stack.
TNS owner Insight Partners is an investor in: The New Stack.
SHARE THIS STORY
RELATED STORIES
Kubernetes for Windows Kubescape: A CNCF Sandbox Platform for All Kubernetes Security A Look at Kubernetes Deployment MicroK8s and Portainer Is The Easiest Way to Deploy an Application on Kubernetes Rethinking Java @Scheduled Tasks in Kubernetes
THE NEW STACK UPDATE A newsletter digest of the week’s most important stories & analyses.
The New stack does not sell your information or share it with unaffiliated third parties. By continuing, you agree to our Terms of Use and Privacy Policy.