This Week on The New Stack: Don’t Call Containers ‘Docker’ 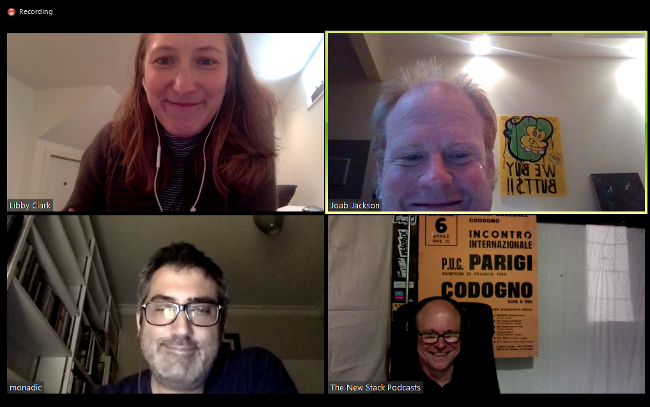 This Week on The New Stack: Don’t Call Containers “Docker”

Hello, welcome to The New Stack Context, a podcast where we review the week’s hottest news in cloud-native technologies/ at-scale application development and look ahead to topics we expect will gain more attention in coming weeks.

Microsoft announced on Monday that it was acquiring GitHub. And that’s all the internet could talk about for a few days. TNS managing editor Joab Jackson wrote a piece for us summarizing the acquisition and some of that initial Internet reaction. And Scott Fulton examined a Plan B for developers who may be nervous about projects pulling out of GitHub and leaving a trail of broken dependencies.

And now that we’ve had some time to sit with it a bit we are starting to understand some of the other, longer-term implications that this deal will have for developers.

This week on Context we’re talking with Alexis Richardson, founder and CEO of Weaveworks. As the originator and leader of the GitOps movement, Alexis has a unique perspective on this. So we’ll talk with him in the first half of the show about the relationship between GitOps and GitHub and what Microsoft could (maybe) do to make life easier for developers in the cloud.

In the second half of the show, we’ll talk with Joab about some more interesting news to hit the site this week: Red Hat has released its own version of Docker Build called Buildah. Buildah (that’s Builder with a Boston accent) is an open source command line utility for container development that reminds us that — oh, yeah — Docker isn’t the only way to build containers.

Libby Clark, editorial director at The New Stack is the host of Context. She is joined by TNS editor-in-chief Alex Williams.

Microsoft and Red Hat, mentioned in the podcast, are sponsors of The New Stack.

Share this story
RELATED STORIES
Starburst Strengthens Data Governance Capabilities Is a Rust Rewrite Really Worth It? How Cloud Native Workloads Affect Cardinality over Time Defining the Modern Bare Metal Cloud Don't Break that App: Manage Schema Change with Apache Pulsar
Share this story
RELATED STORIES
Charity Majors: Taking an Outsider's Approach to a Startup It Is Time for Businesses to Build Their Own Microprocessors Shikitega: New Malware Program Targeting Linux Faster MQTT Data Collection with InfluxDB How Cloud Native Workloads Affect Cardinality over Time
THE NEW STACK UPDATE A newsletter digest of the week’s most important stories & analyses.
We don't sell or share your email. By continuing, you agree to our Terms of Use and Privacy Policy.
TNS owner Insight Partners is an investor in: Docker.