This Week on The New Stack: Git and GitOps 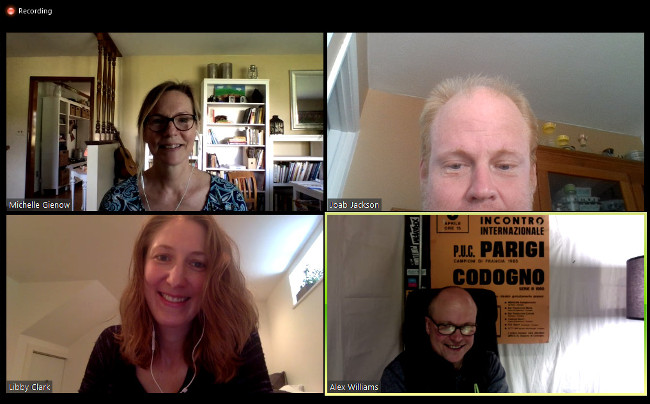 This Week on The New Stack: Git and GitOps

This week on The New Stack Context podcast, we are all about the git open source version control software. Last Friday, TNS correspondent Michelle Gienow kicked off a series on git, with an introduction to git for everyone. This week, she continues that work with an introduction to its most popular online hosted version, GitHub.

She writes, “life as a software developer is much more social and collaborative than the stereotypes would have non-coders believe — at times, even frustratingly so. Thankfully, there is git… to bring collaboration with project team members right back where it belongs: on the command line.”

That tutorial set us up for a discussion of some of the novel ways that system operators are using git in a cloud-native context these days, including a new DevOps approach using git, which Alexis Richardson at Weaveworks is calling GitOps.

Alexis gave a keynote and talk on GitOps at KubeCon + CloudNativeCon EU 2018 in Copenhagen last week which made the GitOps concept come alive for us.  TNS Managing Editor Joab Jackson explains in more detail.

Libby is the Open Source Community Marketing Manager at Amazon Web Services. She was most recently VP of strategy at The New Stack where she helped grow the company toward its 2021 acquisition by Insight Partners, and before that spent...
Read more from Libby Clark
Share this story
RELATED STORIES
The Rise of Cloud Development and the End of Localhost The Unlikely Journey of GraphQL WebAssembly's Wasmtime 1.0 Revamps Security, Performance How to Bridge the Developer-Designer Gap Uno Ports Code to Multiple Platforms, Including WebAssembly
Share this story
RELATED STORIES
Trivago Cracks the Case of the Vanishing Performance Improvements How to Sign git Commits with an SSH key What .NET MAUI Can Do for Frontend and Web Developers Platform Engineering Is DevOps Evolved, New Report Shows Tackling Developer Onboarding Complexity
THE NEW STACK UPDATE A newsletter digest of the week’s most important stories & analyses.
We don't sell or share your email. By continuing, you agree to our Terms of Use and Privacy Policy.
TNS owner Insight Partners is an investor in: Shelf.