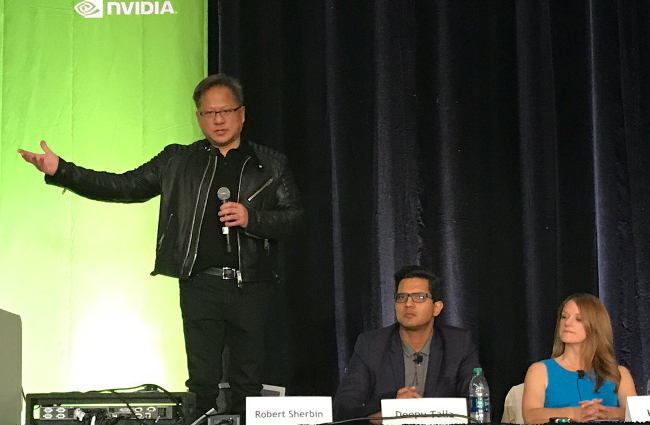 This week we start with news from Docker, that its founder and former CTO Solomon Hykes has announced he’s leaving the company. TNS San Francisco correspondent Alex Handy first reported that Hykes stepped down as Chief Technology Officer back in November. At the time he said he was staying on as vice president of the board of directors. Then this week Hykes published a post on the Docker blog announcing he’s leaving the company he started 10 years ago. Handy has the story for us again.

Also this week, we discuss Nvidia’s AI and deep learning event, the GPU Technology Conference (GTC), with TNS managing editor Joab Jackson, who attended the event. The New Stack is ramping up our machine learning coverage, especially as it relates to infrastructure automation and developer tooling. You, our readers and listeners told us in a survey back in December that AI is one of your top five areas of interest this year and so we are diving in — starting with GTC.

Libby is the Open Source Community Marketing Manager at Amazon Web Services. She was most recently VP of strategy at The New Stack where she helped grow the company toward its 2021 acquisition by Insight Partners, and before that spent...
Read more from Libby Clark
SHARE THIS STORY
RELATED STORIES
Tutorial: Deploy a Full-Stack Application to a Docker Swarm Install Dozzle, a Simple Log File Viewer for Docker The Next Evolution of Virtualization Infrastructure Acorn, a Lightweight, Portable PaaS for Kubernetes How to Deploy Containers with nerdctl
TNS owner Insight Partners is an investor in: Docker.
SHARE THIS STORY
RELATED STORIES
Tutorial: Deploy Acorn Apps on an Amazon EKS Cluster 3 Container Practices to Boost Your Security Posture When Wasm and Docker Work (and Do Not Work) Together Tutorial: Deploy a Full-Stack Application to a Docker Swarm Acorn from the Eyes of a Docker Compose User
THE NEW STACK UPDATE A newsletter digest of the week’s most important stories & analyses.
The New stack does not sell your information or share it with unaffiliated third parties. By continuing, you agree to our Terms of Use and Privacy Policy.