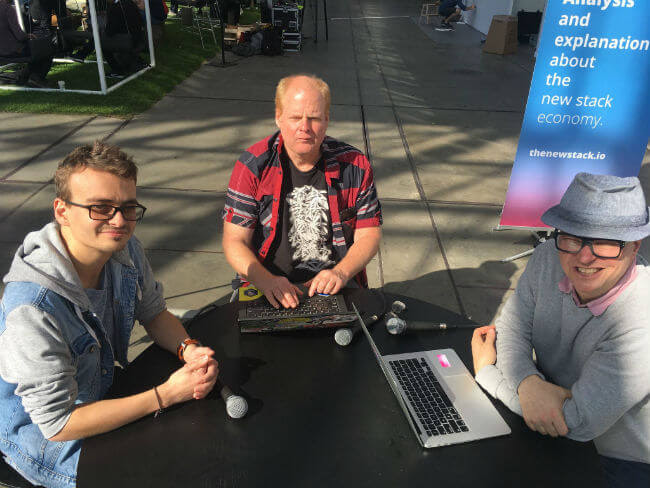 This week on The New Stack Context podcast, the editorial team recorded live from Copenhagen, Denmark, at KubeCon + CloudNativeCon, the Cloud Native Computing Foundation’s premier event focused on Kubernetes and other cloud-native open source projects, including Prometheus, OpenTracing, Fluentd and others. The New Stack managing editor Joab Jackson and TNS editor-in-chief Alex Williams and speaker Ihor Dvoretskyi, developer advocate at the CNCF, discuss the latest with the Kubernetes community after the recent release of Kubernetes 1.10.

Earlier this week, we hosted a pancake breakfast and podcast discussion on the CNCF’s first security project called SPIFFE, which is aiming to build a secure identity framework for cloud-native production environments. And we hosted two days of podcasting and live streaming from the show floor, sponsored by Red Hat and the CNCF.

Buoyant, The Cloud Native Computing Foundation, Google and Red Hat are sponsors of The New Stack.

Surviving the Disaster: How to Identify Bugs Immediately and Get Back on Track
January 28, 2021

Bring DevSecOps to the cloud with Bridgecrew for GitLab
January 26, 2021

What is Microservice? What is Kubernetes for?
January 24, 2021

Managing data in a hybrid and ever more connected world…
January 19, 2021