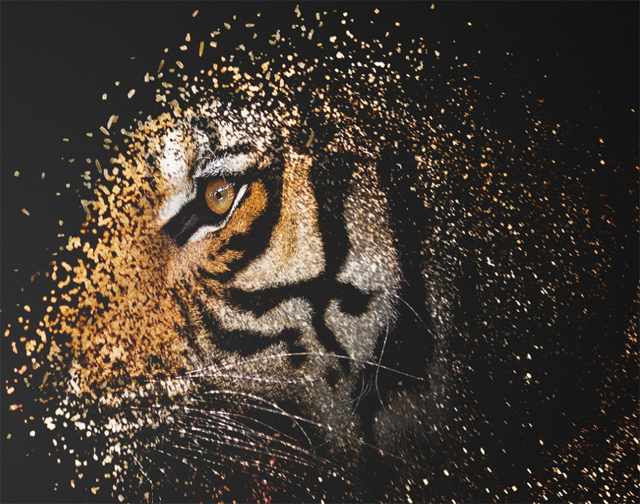 Networking startup Tigera’s recently released Essentials for Kubernetes, the company’s first commercial launch, is the first of planned monthly releases of tools to help developers of cloud-native applications work out their connectivity challenges.

It’s aimed as a way to bridge the gap between proof-of-concept and production-level Kubernetes, an open source container orchestration engine.

Cloud-native architectures bring a whole host of connectivity problems — issues such as setting up containers dynamically, assigning IP addresses, setting up the networking, figuring out how each microservice talks to the others, the latency, the retries, according to Ratan Tipirneni, Tigera president and CEO.

“All these problems are now falling into the lap of developers,” he said. “We’ve had these problems in the past, but at the system software level. Now with this type of architecture, developers have to deal with that.”

Tigera’s core technology, Project Calico, has a large base of users that are moving to production Kubernetes. Large deployments with billions of API calls per second are bringing a new class of connectivity challenges, Tipirneni said.

“Users are bewildered by the combination of options at different levels in the stack when considering the options for load balancing, cloud networking, security policies, cluster ingress, address translating, or steering traffic for balancing multiple versions (e.g. for blue-green deployments, rolling upgrades, or canary releases),” the company asserted in announcing Tigera Essentials.

Project Calico is a Layer 3 approach to virtual networking that grew out of and was open-sourced by Metaswitch. Flannel, from CoreOS, is a network fabric for containers that relies on the distributed system information-storage daemon etcd, the underpinning for Kubernetes. CNI, also originally from CoreOS, is now a networking project of the Cloud Native Computing Foundation (which is also the sponsor for Kubernetes).

Istio is a traffic monitoring and control network designed to work with Kubernetes. Tigera supports it in non-production environments only, but Tipirneni predicts it’s going to be big.

“We are embracing Istio. We believe it’s going to be a very powerful, very impactful piece of the solution for connectivity,” he said.

The monthly Tigera toolkits will be based on customer needs; Tipirneni said the company has a backlog of requests already in hand.

Tigera’s founders — Andrew Randall, Christopher Liljenstolpe and Alex Pollitt — came from Metaswitch and announced their new company, founded last year, would become the sponsor company for the open source project Calico. In June 2016, Tigera announced a partnership with CoreOS to integrate Calico and Flannel in a new project called Canal. Tigera’s Tom Denham recently provided an update on how that work’s coming along.

In yet-to-be-published results from The New Stack’s 2017 Kubernetes User Experience Survey, Flannel was the top networking choice, with 45 percent of respondents using it. 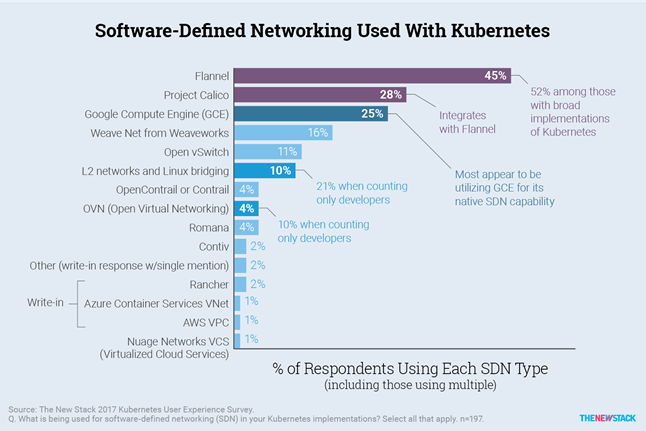 However, 46 percent of those who cited Calico also cited Flannel, as the two are being integrated. Meanwhile, of the cluster operators who said their Kubernetes implementation are in the initial states, some 40 percent say they are using Project Calico.

“Whether Tigera can retain these users through their journey to broader adoption, is an open question,” said analyst Lawrence Hecht, author of the TNS survey results report.

Tipirneni, however, says Calico is being widely used in production Kubernetes environments.

Hecht also noted that application developers have varying needs, so it’s not surprising that their choices for SDN approaches were all over the map.

Susan Hall is the Sponsor Editor for The New Stack. Her job is to help sponsors attain the widest readership possible for their contributed content. She has written for The New Stack since its early days, as well as sites...
Read more from Susan Hall
SHARE THIS STORY
RELATED STORIES
Data, Analytics and AI: What Will Happen in 2023 MicroK8s and Portainer Is The Easiest Way to Deploy an Application on Kubernetes Kubernetes Needs to Take a Lesson from Portainer on Ease-of-Use Why CIEM Plays a Key Role in Your Cloud Security Strategy Swarm, a User-Friendly Alternative to Kubernetes
TNS owner Insight Partners is an investor in: The New Stack, Docker, Tigera.
SHARE THIS STORY
RELATED STORIES
How Capital One Performs Chaos Engineering in Production Entrepreneurship for Engineers: Building for Customers’ Love Prometheus at 10: What's Been Its Impact on Observability? Data, Analytics and AI: What Will Happen in 2023 What Is the Docker .env File and How Do You Use It?
THE NEW STACK UPDATE A newsletter digest of the week’s most important stories & analyses.
The New stack does not sell your information or share it with unaffiliated third parties. By continuing, you agree to our Terms of Use and Privacy Policy.