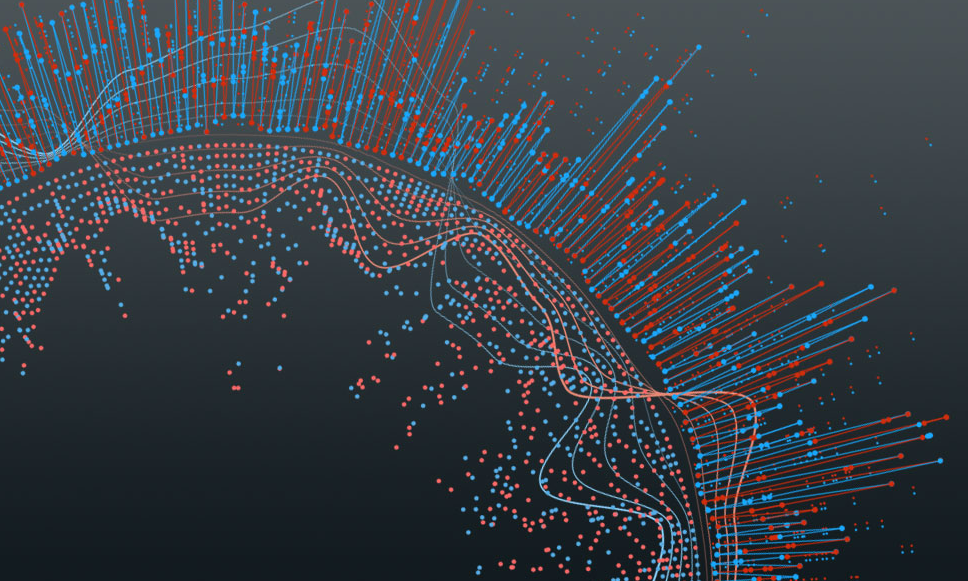 Five years in the making, TigerGraph came out earlier this month with its graph database platform featuring parallel processing and analytics.

Its native parallel graph technology (NPG) powers real-time deep link analytics for enterprises trying to graph and process really Big Data. It’s touting it as the only system on the market to unify real-time analytics with large-scale offline data processing for graphs.

Yu Xu, founder and CEO, said TigerGraph has been tested by some of the largest graph users in the world, and he expects myriad new use cases to grow out of its capabilities. He explained them in an earlier post for The New Stack.

It’s already being used in what it bills as the largest transaction graph in production in the world at the Chinese online payment firm Alipay. That graph includes more than 100 billion vertices, 600 billion edges and two billion daily real-time updates.

The software is already being used to fight fraud and money laundering, for customer and supply-chain intelligence and smart grid use cases.

The Redwood City, Calif.-based company was founded in 2012 with the name GraphSQL. At that time, all the buzz was around NoSQL databases, yet Xu was focused on SQL and wanted that differentiation in the name. Times have changed, he said, marking the need for rebranding the company.

Xu has a Ph.D. in computer science and engineering from the University of California-San Diego, 26 patents in distributed systems and databases, and worked as analytics engineer at Twitter and Hadoop MapReduce architect and team leader at data warehouse company Teradata.

His company’s backers include the founders of Yahoo, Walmart Labs (Kosmix), and Data Collective among others. It just secured $31 million in Series A funding from investors including Chinese tech giants Baidu and Ant Financial.

Early-generation native graph technologies cannot store a graph across multiple machines. Xu considers Neo4J, a native graph database that stores data as nodes and expresses their connectedness through edges, an example of “Graph 1.0.” However, Neo4J has worked with IBM to iron out scalability problems.

Most early graph databases, he says, are storage-focused with limited analytics capabilities rather than providing the computational chops needed for the workloads companies want to run against graph databases. Most time out at two hops, while TigerGraph NPG is built to traverse 10 or more.

He calls Apache Giraph and other parallel graph databases that sit atop NoSQL “Graph 2.0” — they lack the ability to make updates in real time.

The company bills TigerGraph, which Xu calls “Graph 3.0” a “complete, distributed, graph analytics platform supporting web-scaled data analytics in real time.” It says it works as well for limited, fast queries that use only a small part of the graph as well as complex analysis that touches every vertex in the graph.

Despite those who rail against the weaknesses of Hadoop and MapReduce, Xu based TigerGraph on MapReduce and says it’s all in how it’s implemented.

“Built everything from the ground up, using C++, so we could control the whole stack. We built our own storage engine, our own cross-communication engine,” he said.

The graph is stored both on disk and in memory, allowing the system to take advantage of the data locality on disk, in-memory and CPU cache.

It also allows the user to add data to the database continually without needing to re-run extract transform and load (ETL) processes.

In its own benchmarks, the company claims 4- to 100-times faster graph traversal and query response times compared to Neo4j and Titan, another graph database.

It also claims its parallel computational capability boosts loading speed by 10x — 50 to 150 GB of data per hour, per machine.

The company also announced the availability of a hosted version of TigerGraph on Amazon EC2 and GraphStudio, its visual software development kit (SDK).

Susan Hall is the Sponsor Editor for The New Stack. Her job is to help sponsors attain the widest readership possible for their contributed content. She has written for The New Stack since its early days, as well as sites...
Read more from Susan Hall
SHARE THIS STORY
RELATED STORIES
Do You Need a Managed Database? Spotify's Backstage: A Strategic Guide What Do 'Cloud Native' and 'Kubernetes' Even Mean? Docker versus Kubernetes: Start Here OpenTelemetry Properly Explained and Demoed
SHARE THIS STORY
RELATED STORIES
OpenTelemetry Properly Explained and Demoed Meet SIG Cluster Lifecycle and Cluster API Maintainers at KubeCon Does Your Database Really Need to Move to the Cloud? How Intuit’s Platform Engineering Team Chose an App Definition .NET 7 Simplifies Route from Code to Cloud for Developers
THE NEW STACK UPDATE A newsletter digest of the week’s most important stories & analyses.
The New stack does not sell your information or share it with unaffiliated third parties. By continuing, you agree to our Terms of Use and Privacy Policy.