Time For A Counter Move In Oracle’s API Chess Game 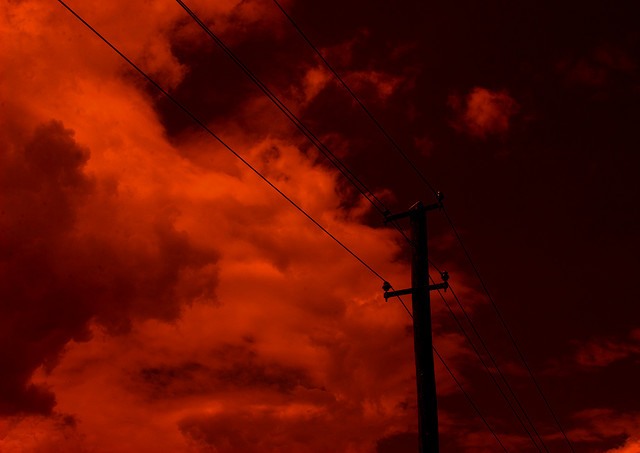 Over the past week, the news about a federal appeal court’s decision that Oracle’s APIs can be protected has suddenly forced us to think quite a bit about what we can and can’t do to make things work. But more so, Oracle’s actions should be viewed as chess moves that need to be countered so the powerful can’t trample on what developers have worked so hard to accomplish.

Oracle is playing a chess game to see how much power it can gain by using copyright as a way to gain an advantage. It has formed alliances with Microsoft, EMC and other IT giants who also face deep competition from developers creating lightweight apps and services. The company is now behaving more like copyright barons who have become increasingly hostile in the name of protecting copyright owners. And like the copyright litigants of the world, Oracle has shifted the language to try and make the developer a victim and show Google as the one that should not have protection under fair use guidelines. Oracle’s General Counsel Dorian Daley said in a public statement that the company is pleased that the federal court denied Google’s attempt to drastically limit copyright protection for computer code. Daley added that the federal circuit’s opinion is a win for Oracle and the entire software industry that relies on copyright protection. She also said this:

The Federal Circuit’s opinion is a win for Oracle and the entire software industry that relies on copyright protection to fuel innovation and ensure that developers are rewarded for their breakthroughs.

It’s hardly believable that Oracle is looking out fot the interests of developers when considering how technology gets developed for the web and mobile devices. Developers work fast and need services that help them get their tasks completed.  To add copyright constraints does not help tighten the workflow. It only serves to prolong it the process. API design could be undermined by copyright constraints, impacting the new collaboration economy which is dependent on the fast,  frictionless movement of data. For Oracle, the win gives them a chance to help slow down the rapid pace of advancement over the past several years that has come with the emergence of thousands of developer ecosystems that rely mostly on open source technologies to build a new generation of mobile apps.  The pace of development has increased so fast that a new generation of infrastructure is now emerging to suit all aspects of the application lifecycle. The OS, the database, storage, networking — it is all changing so customers can get their products and services to market faster. And this new infrastructure depends on interoperability as much as the apps do to work effectively for the people who use them.

With so much at stake, it’s important to review what the ruling said and why the copyright issue and fair use are critical in understanding what Oracle is attempting to accomplish. The ruling centers on Oracle’s claim that Google had used parts of Java in its Android operating system without permission. The company claimed its rights were violated when it copied 37 Java APIs. In the original ruling handed down in 2012, U.S. District Judge William Alsup ruled that Google had not infringed on the copyright. For observers, it looked like Alsup had thoroughly analyzed the issues. He had learned to code in Java and it showed in the courtroom as Dan Farber wrote for CNet following the trial. But in last week’s ruling, the appeals court saw it differently, concluding “that a set of commands to instruct a computer to carry out desired operations may contain expression that is eligible for copyright protection,” Federal Circuit Judge Kathleen O’Malley wrote. Looking back at the 2012 ruling, it’s apparent why Oracle in its public statement last week said that they “are confident that the district court will appropriately apply the fair use doctrine on remand, which is not intended to protect naked commercial exploitation of copyrighted material.” Oracle’s comments show why it is important to understand that there are two issues at play here. There is the copyright matter and the associated issue about fair use.  With the appeal court’s decision, the case will go back to district court where the matter of fair use will be resolved. Google has options of its own.  A well-known copyright lawyer said in an email discussion that the company will most likely ask for a hearing before the three judge panel.  Google can also appeal directly to the U.S. Supreme Court and bypass the hearing. There are several, like Mulesoft CTO Uri Sarid, who maintain that fair use will provide some protection:

Fortunately, there’s a good chance API development will be protected under fair use: “The entire ruling by the appeals court is about the copyrightability, not about whether anyone can freely use that copyrighted work — that aspect is called ‘fair use’ and that issue is still wide open.”

That may be wishful thinking, considering the pro-copyright lobbyists who in the past year have testified to the U.S Congress to express their concern about “fair use creep.” These groups represent the largest of of media companies and recording interests. They talk about how fair use should be used as mechanism of control. The Electronic Frontier Foundation (EFF) makes the valid point that fair use is actually a mechanism to promote new creativity. Daley is saying that developers should be rewarded for their breakthroughs. The remarks are a chilling reminder of the way the recording industry  and copyright groups have pursued Google, startups and individuals in the name of “artist rights.”

This all poses some problems for the startups of the world, said Steve Willmott, CEO and Founder of 3Scale, an API management company. It’s a ruling that also puts into question how startups will develop their technologies and the extent to which a company like Oracle will go to squelch any competitor that has a potentially competing service, Willmott said in an email and later discussed in a blog post. He said in some ways it sets up a scenario that puts litigation in front of innovation and market diversity…. suffice it to say I think this is a very unfortunate judgment – it presents a huge risk of having many trivial method combinations locked up in API Design – something which means that quickly no-body could design a sensible interface.

That’s an ugly scenario that tuns what is now a deeply diverse technology community into one that is more predicated on scarcity and concentrated power.

Oracle is attacking Google’s ability to use APIs, the crown jewels that connect its services to third party applications. That means any company could face a labyrinth of copyright issues just to make simple API calls. Google might be able to afford that but most developers don’t have those kinds of resources. The ruling represents a huge risk of having many trivial method combinations locked up in API Design – something which means that quickly nobody could design a sensible interface, Willmott said. It’s akin to copyrighting short phrases like “thanks, see you tomorrow.” He said the case argues that there were many choices on how to organize the Java API Structure. However, “it is still radically less to find a sensible one, than all the possible implementations of the Java Engine underneath.” The danger as the number of APIs explodes is that no one will at all clear “how far away from API X do I have to be to be safe” – the number of sensible interfaces for (for example) a hotel API is radically lower than the number of server implementations for the same interface.” The only glimmer of hope is that it seems to be the collection of 37 APIs and many methods that the court argues is creative, Willmott said. It isn’t necessarily the case that every line, or small collection of lines would hold up as copyright.

Apigee, also an API management company, has similar concerns, said Ed Anuff, the company’s vice president of product strategy. He said that the goal of avoiding fragmentation of Java that has been Oracle’s stated intent. And though that approach has some merit, the company is not comfortable with the idea that copyrighting APIs is the way to accomplish this.

It’s likely going to have the opposite effect, causing the proliferation of convoluted APIs for no other reason than to avoid the potential of legal exposure. That’s a no win proposition for anyone involved.

Willmott and API Evangelist Kin Lane have started an organization called API Commons, which is intended to provide a common utility interface that is cleared for copyright. We will need more services like API Commons with an infrastructure and ecosystem of its own to protect from the copyright lobby and aggressive companies like Oracle. In the meantime, read what Oracle says with the understanding that what you read will often have an opposite meaning. They are masters of the chess board but their weaknesses are there. It’s now up to the tech community to consider what their counter move should be.

Apigee and Digital Ocean are sponsors of The New Stack.