Over Time, Kubernetes May Take Over the Entire Lifecycle of Applications 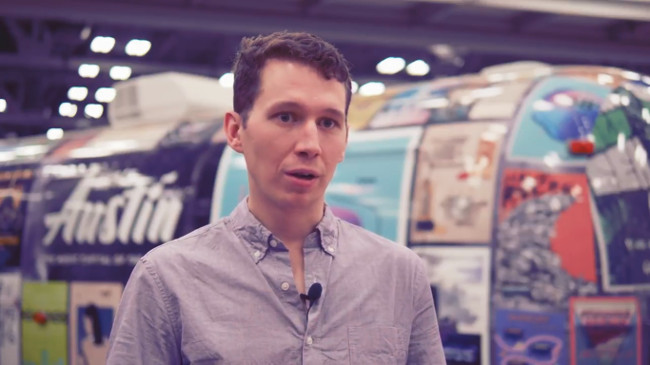 Over Time, Kubernetes May Take Over The Entire Lifecycle Of Applications

CoreOS has been in the ecosystem of containerization from the very beginning. In fact it was the first company to introduce an enterprise product (Tectonic) around the Kubernetes open source container orchestration software. Today Kubernetes is everywhere in the emerging cloud-native landscape.  All three of the major cloud providers — Amazon Web Services, Google Compute Engine and Microsoft Azure — support Kubernetes. Even Docker and Cloud Foundry are using it.

What makes Kubernetes unique? We asked Brandon Philips, Chief Technology Officer and co-founder of CoreOS, in our latest edition of The New Stack Makers podcast, recorded at Kubecon + CloudNativeCon last December (This interview was recorded before Red Hat purchased CoreOS earlier this year).

Traditionally open source technologies created commoditized alternatives to dominant closed source technologies. Kubernetes has been an exception. “Linux was a competitor to UNIX, Apache web server was a competitor to Microsoft IIS. What is Kubernetes competing against? There was no closed source product that we were competing against,” said Philips.

Essentially Kubernetes was competing against all the scripts that people created to deploy the source code they developed on their laptops into production. There were/are thousands of ways to do that – CI/CD workflow, bash scripts, configuration management tools, etc. It has always been a painful cycle of weeks of development to get all that stuff necessary for production. That’s where Kubernetes comes to the rescue. It shortens that cycle by creating APIs around that. It’s provides consistency and repeatability that can fit in any model.

“That’s the focus of Kubernetes,” said Philips, “Over time, we may take over the entire lifecycle of application — from an idea to monitoring to application workflow to the eventual decommissioning of that application. We are already witnessing users extending Kubernetes APIs.” According to Philips, that’s going to continue. “The sky is the limit for abstractions that we build upon,” said Philips. “It will be interesting to see how it evolves in the next couple of years.”

1:17: CoreOS as disruptor.
6:43: What role Kubernetes Kubernetes plays to ensure that customers aren’t locked into a cloud provider.
10:39: CoreOS products and solutions.
12:35: CoreOS roadmap.
14:14: New Kubernetes use cases and their challenges.
15:36: Kubernetes, excitement and commoditization.

Swapnil is a journalist and writer who has been covering Linux & Open Source for 10 years. He is also a science fiction writer whose stories have been broadcast on Indian radio and published in leading Indian magazines.
Read more from Swapnil Bhartiya
SHARE THIS STORY
RELATED STORIES
Case Study: How SeatGeek Adopted HashiCorp’s Nomad What Is the Docker .env File and How Do You Use It? WebAssembly vs. Kubernetes 3 Container Practices to Boost Your Security Posture Swarm, a User-Friendly Alternative to Kubernetes
TNS owner Insight Partners is an investor in: The New Stack, Docker.
SHARE THIS STORY
RELATED STORIES
Container Security: A Troubling Tale, but Hope on the Horizon 4 Ways to Use Kernel Security Features for Process Monitoring Connect to Remote Docker Machines with Docker Context WebAssembly vs. Kubernetes How to Deploy Containers with nerdctl
THE NEW STACK UPDATE A newsletter digest of the week’s most important stories & analyses.
The New stack does not sell your information or share it with unaffiliated third parties. By continuing, you agree to our Terms of Use and Privacy Policy.