In ActiveState's "2019 Developer Survey: Open Source Runtimes" those saying they almost never spend time managing open source dependencies rose from 25% in 2018 to 38% in 2019. Even more don't think about license compliance as 73% almost never spend time on it. Overall concern dropped about license issues in packages or modules is also down. Those with a lot of concern declined from 10% in 2018 to 5% in 2019, while those "not at all" concerned about license issues rose from 27% in 2018 to 36%.
May 9th, 2019 10:03am by Lawrence E Hecht 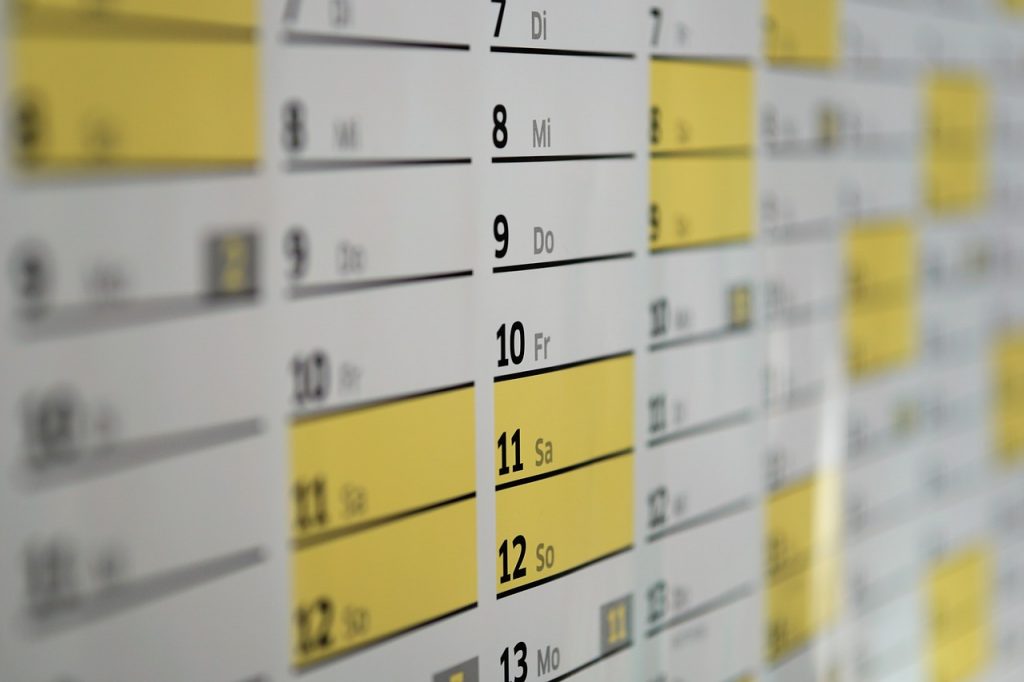 Developer productivity is an ongoing concern, but not every pain point lasts forever. Users of open source runtimes are spending less time managing dependencies and less concerned with license issues. We speculate that is because deployment automation and security scanning software is helping in these areas.

The importance of license compliance has not declined. Instead, the pain associated with approval processes and legal reviews may be felt less often because of some broader trends in open source licensing. Bart Copeland, CEO and president of ActiveState, believes that more libraries are being added that contain less restrictive licenses. Just the fact that a license exists, even if it not on a company’s approved list, means that the time spent in legal review will not be significant.

Like licensing, managing dependencies has not become less important. Instead, fewer people are dealing with them. If continuous integration and deployment (CI/CD) software is handling the process of building packages or libraries, then many of the security and stability concerns associated with open source dependencies may also be alleviated. With these burdens lightened, then the survey’s respondents may spend more productive time actually programming. 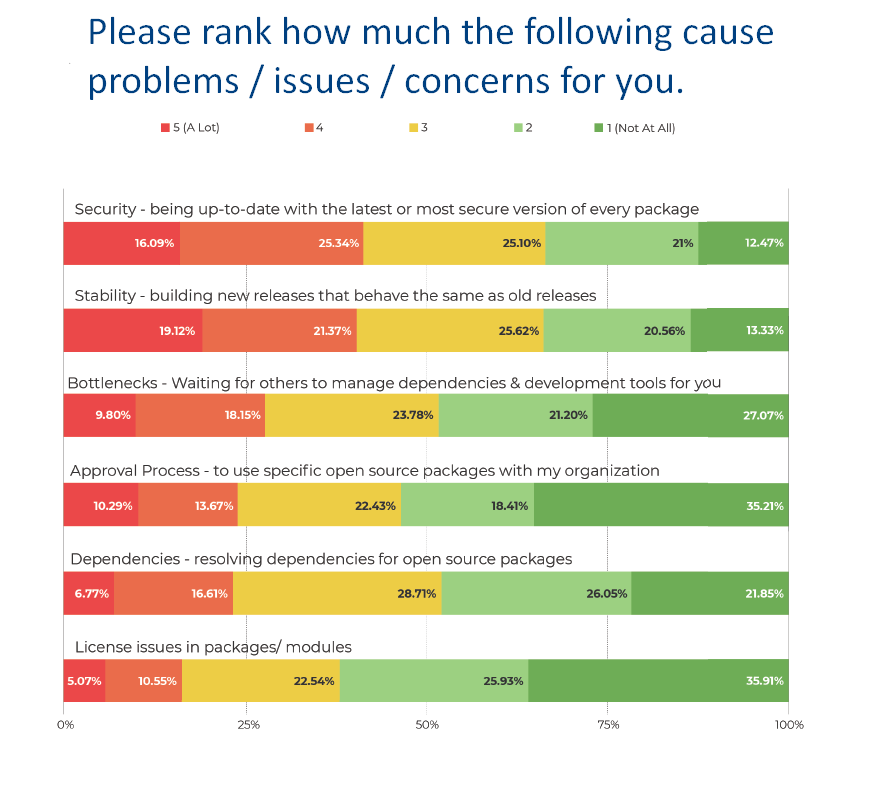 Source: ActiveState’s “2019 Developer Survey: Open Source Runtimes.”  The dependencies in open source packages are of greater concern than their licenses. Dependencies can impact security and stability, which are more concerning to programmers because they are more noticeable. 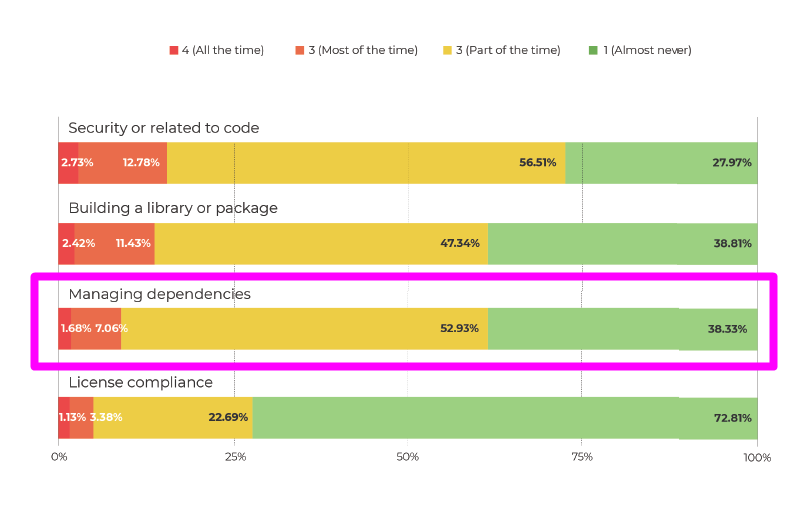 Source: ActiveState’s “2019 Developer Survey: Open Source Runtimes.” Note that the chart deals with the “frequency” in which these types of activities take place, not the actual percentage of time spent per day.

It is hard to draw a lot of conclusions about developer productivity if you don’t have a clear understanding of what a developer is or what constitutes programming. For example, addressing a security concern sometimes, but not always, involves coding. The ActiveState surveys ask about how much time is spent programming. It points to significantly less time doing so, with 62% now dedicating four or fewer hours a day programming. Whether or not that time is being wasted is up for debate. The decline in the number of hours programming can also be a story about fewer people being overworked as the percentage of respondents spending eight or more hours a day programming declined from 19% in 2018 to 11% in 2019.

The changes found in the ActiveState study is partly because participants with a specific developer/programmer job role dropped from 44% to 37% in 2019. However, most of the other respondents held programming related jobs like software architect, DevOps or engineering manager. This is a topic worth investigating further.

Finally, it is worth noting how the lack of time is affecting other decisions. Here are two data points worth mentioning:

Lawrence has generated actionable insights and reports about enterprise IT B2B markets and technology policy issues for almost 25 years. He regularly works with clients to develop and analyze studies about open source ecosystems. In addition to his consulting work,...
Read more from Lawrence E Hecht
SHARE THIS STORY
RELATED STORIES
Can C++ Be Saved? Bjarne Stroustrup on Ensuring Memory Safety Surmounting the Challenge of Building Web3 Applications  Top 6 SaaS Security Threats for 2023 I Need to Talk to You about Kubernetes GitOps Data Modeling: Part 1 — Goals and Methodology
SHARE THIS STORY
RELATED STORIES
Linux Foundation Study Assesses 'Outsized' U.S. Influence on Open Source Internal Developer Platforms Are for DevOps too NASA and IBM to Speed AI Creation with New Foundation Models Is the Answer to Your Data Science Needs Inside Your IT Team?  Streamline Event Management with Kafka and tmctl
THE NEW STACK UPDATE A newsletter digest of the week’s most important stories & analyses.
The New stack does not sell your information or share it with unaffiliated third parties. By continuing, you agree to our Terms of Use and Privacy Policy.