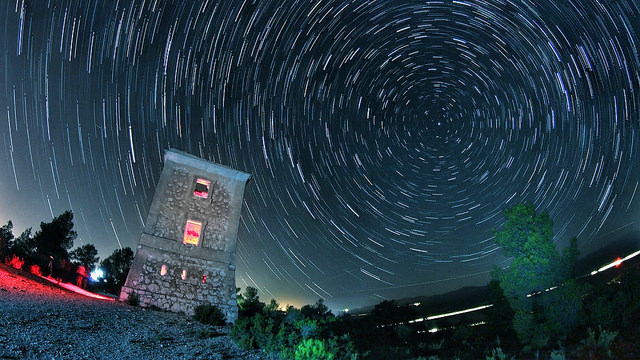 Amid a chorus of opinions about the future of open source licensing, time-series database vendor Timescale has released its latest version with a multilayered licensing model.

TimescaleDB 1.2 now comes not only in the open-source project (Apache 2.0) but also with community features (Timescale License) and enterprise features (Commercial License).

The company also announced $15 million in a Series A1 financing led by Icon Ventures, bringing its total funding to more than $31 million.

Timescale maintains that public clouds’ dominance has allowed some to treat open source as free research and development that they can use without contributing to it. “If the companies that are building the technology can’t build a sustainable business around it, they won’t be around for too long,” said Timescale cofounder and Chief Technology Officer Mike Freedman.

The cloud vendors, in turn, point to what they have contributed to open source projects.

The controversy involves a practice some call strip-mining by public cloud vendors — essentially offering open source technology without adding anything on top, such as AWS’s managed Kafka service and Amazon DocumentDB, a MongoDB-like database.

In response, companies such as Redis, Confluent, Cockroach Labs and Elastic have revised their licensing models.

Joyent’s Bryan Cantrill has criticized this, saying, “we could accept these companies as essentially proprietary software companies, albeit with an open source loss-leader. But instead, these companies are trying to license their way into this self-contradictory world.”

And Oracle’s Andrew Mendelsohn has said: “Whatever semblance of openness they had, they’re trying to take back… because it’s going to be hard for them to survive in the cloud world if anybody can just pick up their code and just build a cloud service out of it.”

The basic model for companies built on open source software is open core — part open source, but other features that are closed source, part of a paid plan. That’s frustrating to customers who don’t like having a part that’s a black box, Freedman said, and frustrating to vendors who have to maintain two versions of essentially the same thing.

Timescale’s model is closest to that of Elastic, which created a tier in the middle called Community that’s free for anyone except cloud providers, Freedman said.

“[You] define your license — this is pure open source — say Apache 2 — and this other part, under a proprietary license, it’s still open code and for the majority of users, it’s still free to use. The people restricted are the cloud providers who want to provide it as service without adding any value on top of it,” Freedman said.

All of that code base for TimescaleDB 1.2 has been made source-available in the TimescaleDB GitHub repository and is packaged in a single binary file.

The new community features include:

The enterprise services are:

Time-series databases have been the fastest-growing database segment over the past two years, according to DB-Engines.

It faces a range of competitors including Influx, Fauna, and Amazon’s newly released Timestream.

“Driven by the needs of modern web and IoT-scale time data, time-series databases are in the process of blossoming from a niche technology to a mainstream product category, equal in importance to transactional and analytic databases. But before TimescaleDB, time-series databases were making unfortunate trade-offs that damaged their utility as a general purpose application platform,” Michael Mullany, general partner with Icon Ventures, said of its investment.

The company touts TimescaleDB, built atop nearly 30-year-old Postgres, as the only time-series database that not only scales, but also supports SQL and the relational data model.

“When we launched this, people thought we were crazy,” said Ajay Kulkarni, Timescale co-founder and CEO. “But in our minds, it was the only way to do this if you wanted something that supported full SQL and could use all the tools on top — visualization options like Tableau and things like Kafka and Spark out of the box.

Susan Hall is the Sponsor Editor for The New Stack. Her job is to help sponsors attain the widest readership possible for their contributed content. She has written for The New Stack since its early days, as well as sites...
Read more from Susan Hall
SHARE THIS STORY
RELATED STORIES
The Power and Ethical Dilemma of AI Image Generation Models 2023 Will Be the Year FinOps Shifts Left Toward Engineering CES 2023: Robots, Astronauts, Schwarzenegger and Flying Cars How We Manage Incident Response at Honeycomb Entrepreneurship for Engineers: Building for Customers’ Love
SHARE THIS STORY
RELATED STORIES
Watch Out, Attackers Have Their Heads in Your Cloud! Java's James Gosling on Fame, Freedom, Failure Modes and Fun Platform Engineering Won’t Kill the DevOps Star Golden Paths Start with a Shift Left Why Your Code Sucks: Common Excuses for Bad Programming
THE NEW STACK UPDATE A newsletter digest of the week’s most important stories & analyses.
The New stack does not sell your information or share it with unaffiliated third parties. By continuing, you agree to our Terms of Use and Privacy Policy.