Building a Platform for Continuous Innovation with Cloud Foundry 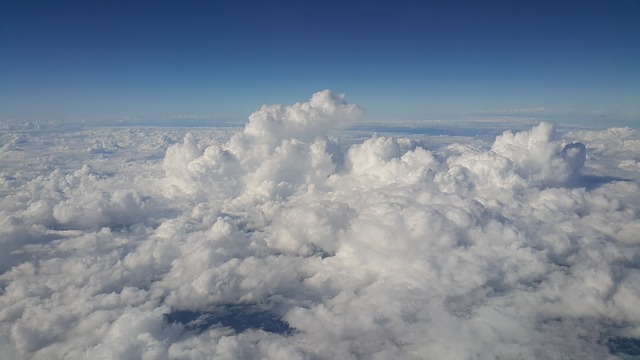 From programming languages and frameworks, to components with bridge functionality, “there is so much innovation happening,” according to Sanjay Patil, senior director of industry standards and open source at SAP, who spoke with The New Stack’s Alex Williams and co-host Donnie Berkholz of 451 Research for this edition of The New Stack Analysts podcast.

Dynamics in the market have led to continually changing business requirements, said Patil. “There is this mix of need for continuous innovation and a lot of choices available at the same time.” In this ever-changing mix, enterprises want to tap into the potential of these new technologies with a platform “that supports leveraging all these innovations in a more meaningful, somewhat predictable manner,” he said.

SAP saw the need for “a platform for continuous innovation that would include continuous development, deployment, maintenance,” said Patil. Consequently, SAP has been building SAP Hana Cloud Platform (HCP), “a platform for application as a service.”

“And that is squarely where we see Cloud Foundry as the underlying technology,” he said. “In short, Cloud Foundry provides the technical underpinning of SAP’s platform as a service offering.”

Among the Foundation’s more than 50 member companies are “a whole lot of user companies” that have to move their applications to the cloud, said Peters. Such companies are looking for “a platform that gives it not only all the tools it needs, but also the portability to not feel locked-in, to be able to move from one vendor to the other, so that they can move to the one that’s best for them,” she said.

#76: Building a Platform for Continuous Innovation with Cloud Foundry

Patil, who also serves as a director on the Cloud Foundry Foundation Board, outlined three scenarios for using HCP.

“Most of our customers need an innovation platform to extend the stable core with new additional requirements; that’s scenario one. Secondly, often times the existing applications need to integrate with other applications running on-premise, in the cloud — applications from SAP, or from just about anywhere else — so it’s an integration platform. And thirdly, just to build brand new, innovative applications on a platform.”

A good platform should enable developers to focus directly on application development, with the platform taking care of assembling the needed runtimes, application services, and helping in deployment, scaling the application, and ensuring that the health of the system is monitored properly, he said.

Williams wondered about the perceived delineation in the development communities — between ‘born on the Internet’ companies, and companies who look to PaaS solutions such as Cloud Foundry.

“The way I’ve seen the messaging that’s been coming out of Cloud Foundry, at Pivotal, and the Foundation,” said Berkholz, “is trying to bring all the enterprises up to speed, so that they can be like the ‘born on the Internet’ companies.”

That message being, “You don’t have to build this stuff yourself from scratch — you don’t have to use Docker, and Kubernetes, and Mesos, or what have you,” he said. “(They’ll) give you the platform, and all you have to do is write an app on top.”

Berkholz said that this message resonates a lot. “Home Depot doesn’t want to compete with Lowe’s anymore — they want to compete with some new startup that’s going to come disrupt the whole business. So, they have to be able to move at the speed of the startups, and not just the speed of the other tool stores around the area. You look at almost every industry right now, and there is either some kind of disruptive startup already there, or one that’s emerging right now.”

Peters explained that Cloud Foundry has begun creating special interest groups for different verticals, “so we can make sure that user requirements for the different industries get fed back into the platform.”

Last year, on Wall Street, they spent a day with “CTOs from some very large banks and financial institutions,” she recalled. “All of them were trying Cloud Foundry.”

“Some of them had gotten to the production stage, most of them hadn’t, but they were really willing to share with each other what they had tried, what was working, and what wasn’t working, and I’ve never seen that type of collaboration between companies,” she said.

“We talked about, ‘what requirements did they have from Cloud Foundry, that might be different to other industries?’ For example, they have a much greater need to set roles, so a person that starts a service is not the same person that can stop it, things like that.”

Everybody — technology included — has to move faster, said Berkholz. “This increase in agility is really what’s driving the change in processes, the change in technologies.”

“What does that mean for enterprise developers? It means that they’re forced to learn new technologies a lot more often than they used to,” he said.

DevOps is still underlying all of this change, Berkholz reminded. “You can’t just say, ‘We’re doing waterfall-style development, building big monoliths today — we’re shifting to microservices tomorrow.’ That doesn’t work. You’ve got to build all the human processes, all the technologies,” he said, “things like continuous delivery, have all your servers automated before you can even think about doing microservices.”

Berkholz pointed to a conceptual graph (via Martin Fowler at Thoughtworks) of the benefits of microservices versus monoliths, showing that there’s a high barrier up front, and that the benefits of microservices don’t begin “until you start scaling the infrastructure and scaling the teams to a certain point, because you’re not running into all these communication barriers and process barriers before you’ve gotten to, say, 50 or 75 developers trying to deploy very complex and large applications.”

In the continuous deployment model, Patil added, there’s no longer a systems engineer who will take care of running and scaling a system. “You depend upon the platform,” he said. “If an application fails, and it’s pointed out that it’s a certain microservice that’s failing, it might be the engineer who’s in charge of the microservice that has to step forward.”

Williams asked what effect the escalating race toward microservices is having on Cloud Foundry.

Many Cloud Foundry Foundation member companies have developers working on the code base, said Peters. “They also have set up dojos, where they train new users. All the programming done on Cloud Foundry is in pairs. So we’ve really incorporated other companies into this process, and we now have — I don’t know the exact number, but — 150 developers working on these technologies,” she said, “and there’s still a lot left to be done.”

“If you look at the Internet of Things, which is what I’m working on now,” said Peters, “it’s the new way of the world, and your fridge is going to talk to you, but it’s also changing network protocols — it’s changing the way apps work.”

“On the network side, these are no longer HTTP things — they are too small, they need more energy, they need to last longer. So, we’re looking at changing the protocols to things like TCP, and UDP, and we have partners like GE and others that are building that into Cloud Foundry.”

“On the app side,” she continued, “instead of the Web server holding all the state, now the end points themselves — these IoT devices — have the state, and so they need to communicate back with the server with their data.”

Advising on how to compare the numerous platform options, Berkholz reflected on the importance of community. “What kind of community is it? Is it a corporate-driven community? is it an individual-driven community? When they say something like ‘ecosystem,’ what are they referring to? How many of those developers working on the platform come from a single vendor, versus from a broad set of other vendors?”

“What level of opinion do they bring?” is another question Berkholz would ask when comparing platforms. “There’s a very broad spectrum in terms of the kinds of applications people are trying to build internally, and how much flexibility they feel that they want, how much they’re actually able to cope with, and what they can get done with that in a reasonable amount of time.”

Berkholz described that spectrum as “like the difference between monolith and microservices, in that you’ve got to pick up something that gives you the right level of flexibility, without going too far overboard and getting lost in architecture astronaut.”

“You’ve got things like raw containers on one side, moving toward things like container orchestration and management. Somewhere along the line, you start getting into IaaS options,” he said. “Toward the far, other side of the spectrum, you’ve got really high-level Paas from SaaS options. And then PaaS would be somewhere in between.”

Flexibility, said Patil, is indeed what Cloud Foundry provides: “that standardized platform worldwide, in all industries, all geographies, so that businesses then have a lot more flexibility, from a pure business perspective, to enter into new markets.”
He noted that communities and developers should be available in those markets to further expand upon those applications.

Patil also acknowledged the flexibility that safe development and deployment provide. “There are new things emerging in the technological landscape, pretty much every day,” he said. “As an application developer, I may be tempted to use these new services,” but a business needs to be confident that these new services can be safely used.

“Focusing on ecosystem — to make sure that some of the ‘fog of war’ that exists with all these options gets cleared up — that’s some of the important work that’s happening at Cloud Foundry,” said Patil, “and SAP is part of that.”