A Short Stack o’ Controversy at the Tectonic 2015 Summit 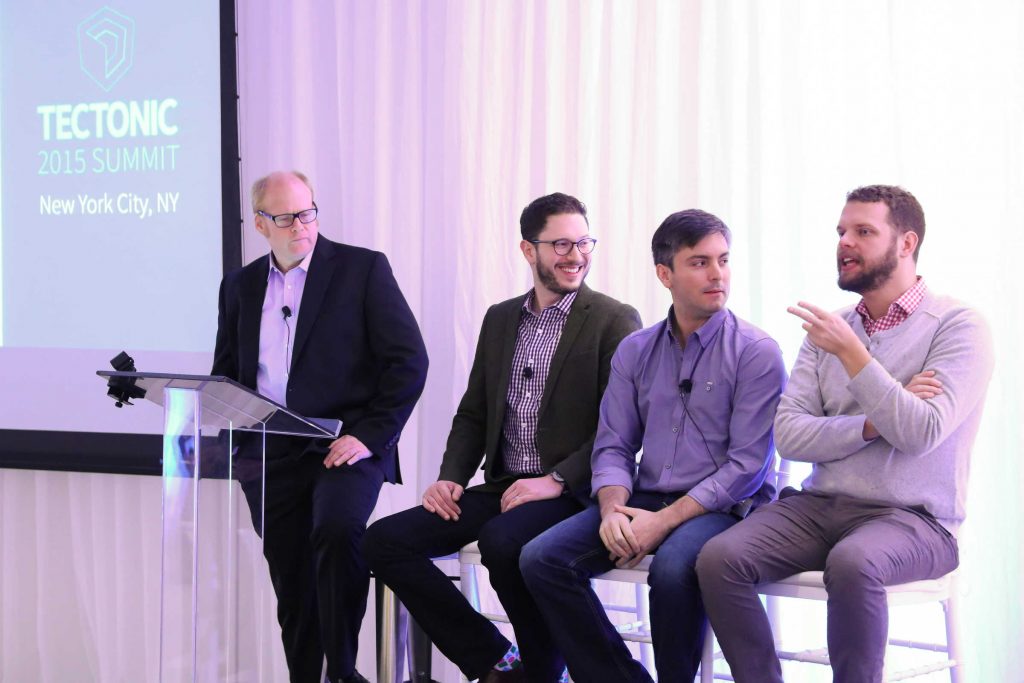 At the outset, Polvi promised, as a reward for those attending so early, that the panel would make things “as controversial as we possibly can,” the likelihood of which was increased by the numerous topics — container security, the enterprise adoption curve, DevOps as a job description, how to compete with AWS, the prospective lock-in with Kubernetes and which open source projects it will make redundant — served up in the electric atmosphere during this breezy session.

Any and all controversy that was to be had has been captured for this edition of The New Stack Analysts podcast.

CoreOS and Intel are sponsors of The New Stack.

SHARE THIS STORY
RELATED STORIES
Enabling Collaborative K8s Troubleshooting with ChatOps Deploy Stateful Workloads on Kubernetes with Ondat and FluxCD What Do 'Cloud Native' and 'Kubernetes' Even Mean? Docker versus Kubernetes: Start Here The Quest for High-Quality Kubernetes Deployments
SHARE THIS STORY
RELATED STORIES
How Golang Evolves without Breaking Programs Basic Principles Key to Securing Kubernetes’ Future Red Hat Helps Make Kubernetes Security More Accessible OpenTelemetry Properly Explained and Demoed The Flywheel Effect of Kubernetes APIs
THE NEW STACK UPDATE A newsletter digest of the week’s most important stories & analyses.
The New stack does not sell your information or share it with unaffiliated third parties. By continuing, you agree to our Terms of Use and Privacy Policy.