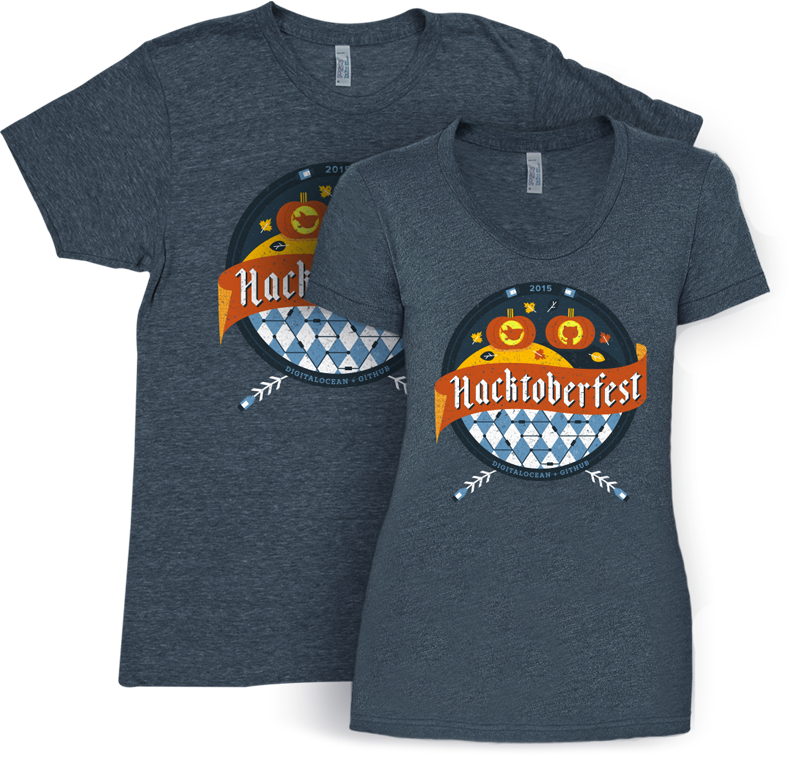 “And there they stand — miles of them — leagues. Inlanders all, they come from lanes and alleys, streets and avenues — north, east, south, and west. Yet here they all unite. Tell me, does the magnetic virtue of the needles of the compasses of all those ships attract them thither?”

Call it another overwhelming indication of the power and potential of open source. DigitalOcean’s Social Media Manager Daniel Zaltsman said that Hacktoberfest 2015, the month-long event encouraging people to contribute to GitHub-hosted open source projects, “was way more successful than we expected.”

“It’s kind of crazy to look at the numbers,” from this year to compared to last year, Zaltzman said. Although the much of the big data is still wriggling, Zaltsman reeled in a few statistics for The New Stack founder Alex Williams and managing editor Joab Jackson during this edition of The New Stack Analysts.

“Last year we had 800 people enter,” said Zaltzman. “This year we jumped up to about 15,000 people signing up.” People from 85 countries participated, and nearly six-thousand entrants landed the exclusive t-shirt that was awarded for submitting four pull requests to any open source project of their choosing. Around 17,000 projects were involved and pull requests numbered about 48,000.

Overseeing and tracking all of this GitHub activity is a Herculean feat, not to mention having to whip out and ship 5,708 tri-blend shirts printed with soft-hand inks to the deserving participants. Why go to all of this trouble?

“We want to not only bring existing people into contributing to open source more, but also bring a lot of new people,” he said.

Highlighting this goal was the fact that Learn X in Y Minutes was by far the most contributed to project during Hacktoberfest 2015. According to Zaltzman, a project such as this stands out because documentation is a lower barrier to entry for novice open source contributors.

On the other hand, a project maintainer needs to be prepared for up to 600 pull requests in the course of one month. Although the initial feedback from some maintainers had been that the contributions they received were meaningful, it was too soon for Zaltzman to recognize and commend individual pull requests.

“All of those 48,000 PRs — we have not looked at that side of the data yet,” he confessed. “I still have a lot of testimonials to look through.”