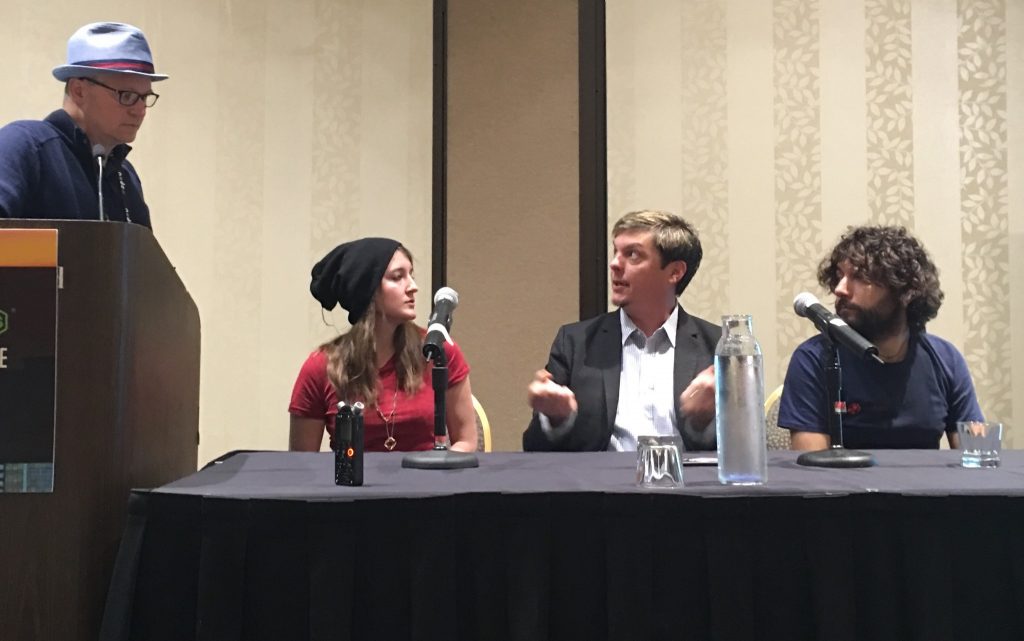 Is Node.js destined to fail in the enterprise, or is it a perfect success just the way it is? This is one of the false dichotomies which The New Stack was privileged to help dispel at Node.js Interactive during a short stack with a panel discussion facilitated by The New Stack’s Founder Alex Williams.

An excellent group of participants with a depth of experience in both programming and consulting cut through a stack of pertinent topics, including semantic versioning, the re-unification with io.js, and tooling for collaboration, more of which is needed, everyone agreed, in order for the enterprise to fully embrace Node.js:

Thanks to the conference organizers, the proceedings were YouTubed for posterity, and we were graciously provided the audio track with which to create this episode of The New Stack Analysts podcast.

“If Node.js is going to succeed,” said Ashley Williams, “we’re going to really need to step it up as far as the tooling goes.”

“Enterprise developers are programmers,” she said, “but they have significantly higher expectations of the tooling, and right now node doesn’t really have that. We’re very bootstrapped. A lot of what we hear from the open source community talking to enterprise developers is, “just use the command line,’ and, ‘just use VM,’ and that’s not really going to work.” Dan Shaw summarized the recent Dev strides that Node.js has seen, as well as some of its remaining ops obstacles:

“The front end team are able to accelerate their development from a six-month cycle down to about a one-month cycle. That’s just really amazing from the developers’ perspective.”

“But then,” he said, “that team will finish their project and hand it over to the ops team, and ops is like, ‘Oh my god, what did you hand me? I have no idea what this thing is. How do I plug it into my network operating center, and really understand and manage that software?'”

“That’s been a big challenge for these operations that have 10 to 15 years of experience doing enterprise Java deployments,” he continued. “Yes, it’s really empowering for the developers, but that it hasn’t had that connective tissue at an operation level has been frustrating.”