TNS Analysts: Is AWS Finally Getting Serious about Open Source? 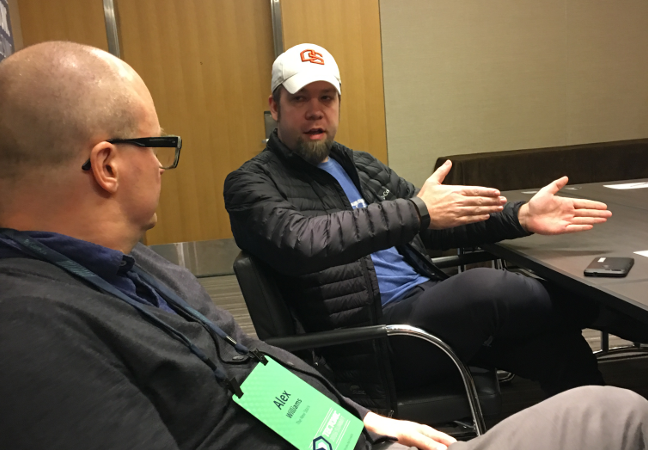 First on the docket was news of CoreOS Linux rebranding it’s formerly self-named Linux distribution as “Container Linux.” The name change was not earth-shattering, but it did raise a number of questions. Is this a move to position the company as the go-to distro for running containers? Is it a shift in the container ecosystem away from containers itself and back to Linux? And what does it mean for Windows containers? Oh, and the new distro got a new logo as well.

The TNS team of heavy thinkers also briefly tackled the news that CoreOS’ commercial distribution of the open source Kubernetes container orchestration engine, called Tectonic, could update itself automatically with no down-time, much in the same way that the CoreOS, er, “Container Linux” distro also does.

As the timer ticked on, the second topic of discussion was Docker’s making its containerd container runtime engine as an independent, open source project, a move, in part made to quell concerns from users and partners about Docker being too bundle-happy of late. One interesting wrinkle: Docker apparently is not interested in donating the project to the Open Container Initiative, even though, the company promises containerd will be totally OCI compliant.  OCI is building a full vendor-neutral, open source container stack, at least one component of which, runc, was contributed by Docker itself.

The final topic of discussion was Amazon Web Services’s new open-source container scheduler called Blox for scheduling Amazon EC2 Container Service (ECS). Historically, AWS has been seemingly indifferent about supporting the open source community, though the company seems to be finally warming up to the idea, not only with the launch of Blox, but also with the hire of Zaheda Bhorat, who will lead the company’s open source strategy and has led similar efforts at Salesforce, Google and the U.K. Government Digital Service.