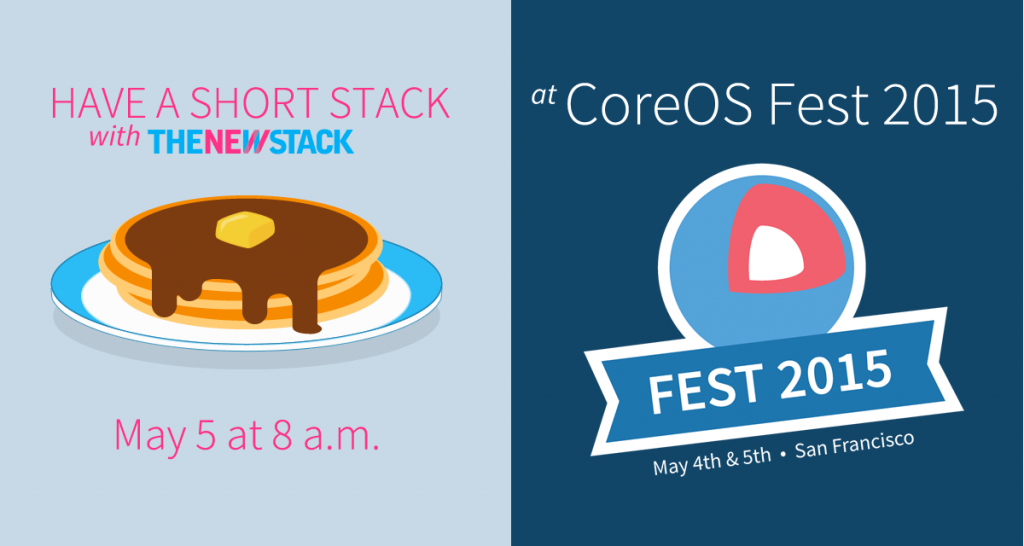 Pancakes and a podcast, that’s the theme we came to San Francisco with for CoreOS Fest, the inaugural event by startup CoreOS. The idea: have a short stack with The New Stack. Carbs and conversation — how can you beat that?

Kelsey Hightower, product manager and chief advocate at CoreOS, joined host Alex Williams, and harsh-light-of-morning-averse co-host Donnie Berkholz, to partake in The New Stack’s pancake breakfast at CoreOS Fest, and to discuss Tectonic, package management, and shaping the appc spec. Kelsey and Donnie delved into the state of the stack market before fielding questions from the carbed-up crowd, and also re-asking the enduring question, “what is DevOps?”

“I really like what Docker has done for the market system,” says Kelsey. “I think it’s healthy competition. When they do something well, like libnetwork, there’s a lot of overlap for some of the things we’re doing in Rocket.”

#42: A Short Stack with The New Stack at the Inaugural CoreOS Fest

SHARE THIS STORY
RELATED STORIES
3 Container Practices to Boost Your Security Posture How to Deploy Containers with nerdctl Deploy a Kubernetes Cluster on Ubuntu Server Using Containerd What Is Apptainer and How Do You Install It on Ubuntu Server? Securing Windows Workloads
TNS owner Insight Partners is an investor in: Docker, Hightower.
SHARE THIS STORY
RELATED STORIES
Container Security: A Troubling Tale, but Hope on the Horizon Securing Windows Workloads How to Deploy Containers with nerdctl Install Dozzle, a Simple Log File Viewer for Docker The Next Evolution of Virtualization Infrastructure
THE NEW STACK UPDATE A newsletter digest of the week’s most important stories & analyses.
The New stack does not sell your information or share it with unaffiliated third parties. By continuing, you agree to our Terms of Use and Privacy Policy.