With HP and the Red Monk Crew, Talking About All Things Composable 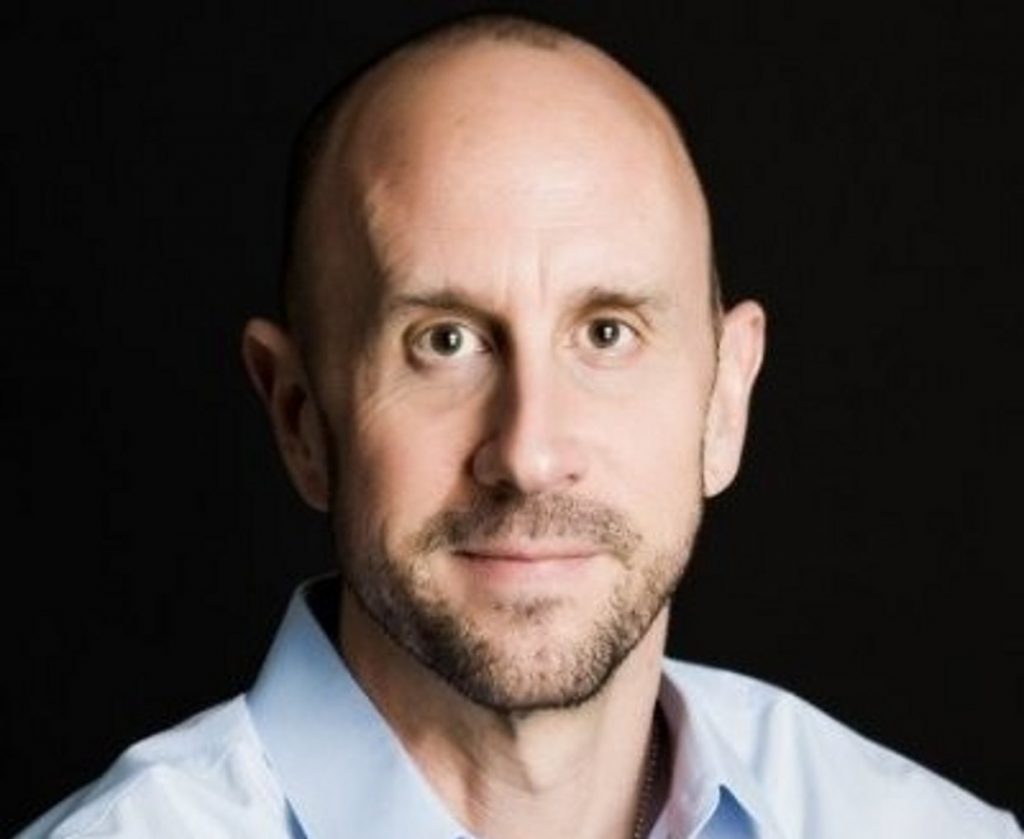 If you caught The New Stack Makers interview with Cloud Foundry CEO Sam Ramji, you might remember Bill Hilf as the one who, in 2005, offered Sam the opportunity to take over the open source software lab at Microsoft.

At HP Discover 2015 in Las Vegas, Bill graciously joined The New Stack founder Alex Williams, along with Stephen O’Grady and James Governor of RedMonk, for this edition of The New Stack Analysts podcast.

#47: With HP and the Red Monk Crew, Talking About All Things Composable

Alex offers “composable” as a theme he’s picked up from the conference keynotes, and observes that HP is wanting to join “this application-centric world.”

“A lot of my past five years has been spent almost exclusively with enterprise customers thinking about cloud computing,” says Bill. Many of those enterprise customers are living with Oracle and SAP and still using Sybase databases, he says. “One of the areas that we we focus heavily on is: exactly where are our customers today, where are they going to be a year from now, two years from now, three years from now?”

“We’re trying to help them bridge those environments together,” says Bill. “We’re not trying to build a platform only for cloud-native applications, or only systems management tools for classic IT infrastructure, because we believe those customers are going to go step-wise on some sort of journey to a cloud architecture, whatever that may be. It could be a public cloud system, it could be a combination of different cloud systems, it could be just stuff that they build on their own, it could be outsourced. There’s all kinds of variations on the cloud theme. But as they go through that — what they have today, and what they’re trying to get to tomorrow — they actually have to build that in a logical way, and transition a logical way. Sometimes it’s not just lift-and-shift as an option.”

The strategy, he says, is to “provide an environment that allows them to build true cloud-native applications, which is why we built this thing called the Helion Development Platform with Cloud Foundry at the base, so that someone can build apps in a modern way, but also give them the technologies that allow them to — I think Gartner coined the phrase — ‘get cloud-inspired,’ where you can you can make some of your existing systems more cloud-like.”

This means adding automation and self-service around traditional applications and traditional VM infrastructures, with HP Helion providing those types of tools as well.

“Someone can take apps as-is — typical three-tier app: web-tier, Java app server, Oracle database, for example — and move those VMs as-is into our CloudSystem product and put some self-service and automation around that existing application,” he says.

“It’s not a microservice-built application; it’s not moving to a true CI/CD model; but it gets them incrementally on that path, and they start to get some value more short-term from that.”

“That’s where we focus: hit ’em where their problems are today,” he says. “‘Skate to where the puck is going,’ to use the Gretzky saying, but at the same time don’t skate out of the rink. Don’t come at them and say, ‘Hey, we have the microservices platform for you.’ ‘Awesome. What am I going to do with my SAP system?’ Getting that balance right is what we’ve been focused on.”

Alex turns to Steve for his perspective on the meaning of “composable.”

“We are seeing a lot more deconstruction of applications, deconstruction of infrastructure,” says Steve. “The old, traditional model of scale-up was relatively simple. You had a machine, or a small number of machines. Everything ran on a smaller number of machines, and everything was much more constrained from a physical architecture perspective. When we look now at the way that a lot of the big guys are building, deploying and rolling-out applications, it’s basically exploding.”

Steve goes on to say that it’s not only scaled-out from a physical architecture perspective — exploding one machine into many different machines — but also consuming services from a variety of providers.

When we deconstruct an average mobile application, according to Steve, “we’re talking about a wrapper around a bunch of services, and these services are going to come from a variety of different players. You typically have identity; if you’re a very large bank, for example, you’re probably handling it yourself — for gaming, you’re going to get that from Facebook, Twitter, Google, or somebody else. Content is going to come from maybe yourself and some other providers. Geo — very few people do their own geo services.”

Steve argues that modern applications have to be composable because “you’re essentially forced to deploy to these environments.”

“You can’t just take this huge block, throw it somewhere else and say, ‘now I’m in the cloud,’ or, ‘now I’m in a monitored environment.’ It’s simply not the way that it works.”

Alex wonders how customers were dealing with these issues before composable emerged.

“SOA came into the picture,” says Bill, “with this promise of ‘we’re going to put service layers around these legacy systems to drive better access.'”

“It’s not that SOA failed, we’re just seeing a maturation of those ideas,” he adds.

Asked about what he’s witnessed at HP Discover that he finds significant, James responds that, although HP has served load-testing, Ops, etc., HP has not traditionally engaged with developers. Other groups, yes, but developers not so much. Historically, says James, HP has been about “purchasing-first IT.”

“Companies have shackles of success,” e.g., revenue streams, says James. “It’s like, ‘We don’t want to change this because we’re making money from it.’ The fact that they’re saying, ‘We need to help our customers change, we need to change, and there’s all this cool open source stuff out there’ — it has to be an opportunity.”

Alex asks Bill about HP’s own internal process for development, and whether it’s resulting in organizational changes.

“We’re creating two Fortune 50 companies. The toughest job in the company right now is to work in HP IT, because they have a hard deadline for when the systems have to be technically, audit-ably separated, so that we can close books in two different companies.”

“One thing that Meg [Whitman, HP president and CEO] did, which was phenomenal and terrifying at the same time: she said, ‘Since we’re going to have the opportunity to re-create IT for a Fortune 50 company,’ — super-rare to be able to do that — ‘we’re going to do that on Helion.'”

“It’s a great way to create a flywheel between us and the product groups and IT,” says Bill. “For those that are further down the path in the DevOps world, this will be common sense, but for traditional enterprise IT, it was a big awakening.”

“Assessing the portfolio — this is what we do for all of our big customers,” says Bill. “As that process went through, the application architects started saying, ‘Aha, there’s a whole bunch of common functionality here. Six of these apps search Salesforce and Workday and some other system for the same type of data.’ This is basic software engineering factoring: ‘Let’s factor that out, build a microservice for it on Cloud Foundry, and let these other apps use it through an API.'”

“This sounds common-sense, of course, for the digerati,” says Bill, “but for our IT group this was a huge thing.”

Later, James brings up the somewhat complicated issue of public cloud (the major players being AWS, Azure and Google), and with whom HP might partner. To be sure, says Bill, there’s a need, but customers are not asking HP for it.

“From an automation-orchestration-management point of view, today, in our CloudSystem product, you can manage an AWS app with a three-tier Java app sitting right next to it,” says Bill. “We believe there’s opportunity for us in the multi-cloud management, for sure, and services.”

“We have a lot of customers that will say, ‘I may have a bunch of workloads in a public cloud. I want you to manage those for me. And, I also want you manage my outsourced IT stuff, and go ahead and manage my Workday instances, too.’ We have lots of customers do that,” says Bill. “Those are things that have high value and good margin for us. If you call that ‘partnership,’ certainly that’s partnership. We have tools and services today that can manage with those providers.”

The conversation turns to the preeminence of AWS in the cloud, and Alex suggests that this represents one aspect of a multitude of conversations he’s hearing that revolve around standardization — container standardization, for example.

James envisions a dark end to the priming-the-pump economics that have helped to fuel the huge profits of AWS. “There will be a reckoning,” says James, “and when that happens, The Street is going to ask some tougher questions about getting paid.”

Bill says he believes that the economic gravity is different in other parts of the world than the U.S. He cites the Cloud 28 initiative in the European Union, which involves “federation concepts of multiple, geo-specific public cloud providers coming together.”

“A large amount of our momentum right now with Helion is outside of the U.S.,” says Bill. “A lot of it is in Europe.”

“Again, the EU is pretty good at slowing down tech businesses that are establishing dominant positions,” says James. “They’ve done it a few times, whether it was IBM back in the day, or Microsoft.”

“Dominance is one thing, but everything good comes to an end,” he says. “There is no limitless awesome.”

HP Helion is a sponsor of The New Stack.

SHARE THIS STORY
RELATED STORIES
CircleCI to Customers: Change All Secrets and API Tokens NOW! GitHub Actions Were Vulnerable to Rust Artifact Poisoning Interest Growing in Dart and Flutter for Mobile The Main Goal: Secure the Application Workload A Look at Kubernetes Deployment
TNS owner Insight Partners is an investor in: The New Stack.
SHARE THIS STORY
RELATED STORIES
4 Tips to Avoid Downtime Risks and Start the New Year Strong GitHub Actions Were Vulnerable to Rust Artifact Poisoning Argo CD and Flux Are CNCF Grads: But What Now? Building a To-Do App using GitHub Actions, Playwright, Next.js How Yarn Workspaces Accelerated LinkedIn Code Delivery
THE NEW STACK UPDATE A newsletter digest of the week’s most important stories & analyses.
The New stack does not sell your information or share it with unaffiliated third parties. By continuing, you agree to our Terms of Use and Privacy Policy.