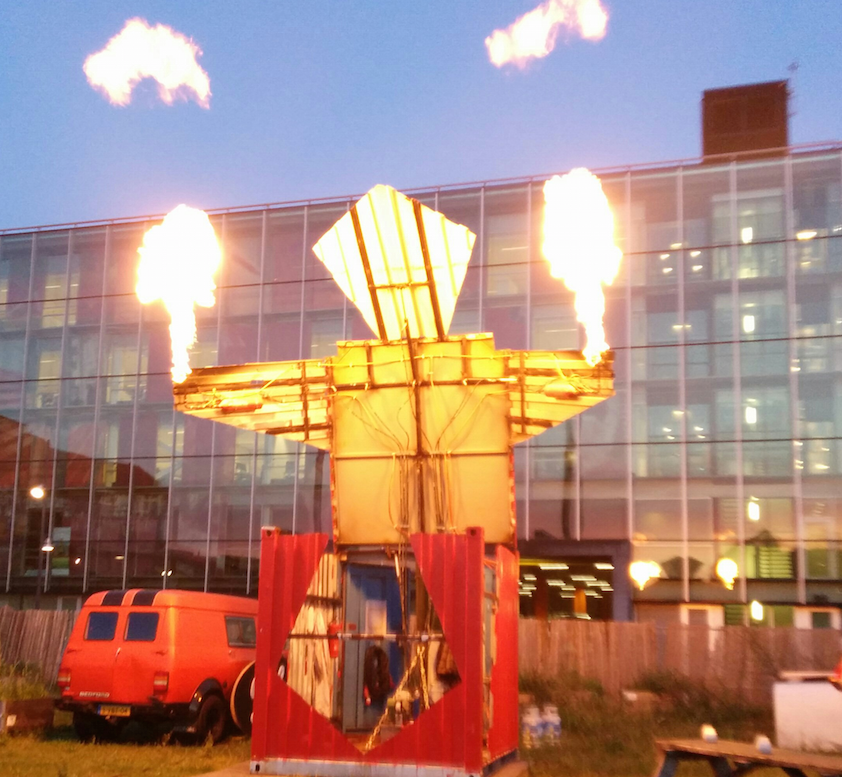 Alex gets things rolling by asking the panel what’s at the forefront of their thoughts regarding programmable infrastructure.

Adrian suggests “developer-driven infrastructure” is another way of looking at this phenomenon. This advances the conversation to the current conditions and considerations of developers, who by default have been handed ownership of the expanding breadth of the development process, along with its security challenges and its crucial role in the marketplace.

The demand for speed, the growing complexity of the development pipeline, and the increasing attention to security means a new reality for how platforms are perceived.

“They need help. They need systems.” Those systems should be API-driven platforms, he says.

David mentions that Apcera’s policy-first solution within its Hybrid Cloud OS provides rule sets that act as security “guardrails” — developers can work as fast as they want because they’re working with a net.

From his perspective as a sysadmin for many years, Kelsey’s opinion is that the infrastructure has “always been programmable, but the interfaces are terrible.” The standard libraries are what have been improved in recent times, he says, citing AWS, Apcera, CoreOS and Docker.

While affirming that he’s a big fan of APIs, Ken says that these days developers need “access to quick services.”

“You need a network service: you need a storage service. Why define a bunch of APIs that require the developer to figure out?” says Ken. “Let’s just write the code, put the code out there and make money on it. If the network gets broken, call me and we’ll fix it — that’s what we do.”

Ken’s stance on APIs sets up much of the conversation going forward, with David and Kelsey providing rebuttals. Adrian notes the distinction between two issues, one being the long-term stability of APIs, and the other being their rapidly increasing number. Ken reiterates that developers simply need a service layer to help them avoid getting bogged down in API management.

Having observed this back-and-forth regarding APIs, Alex suggests that this is only part of the enormous complexity of these architectures, and the discussion turns toward keeping everything under one tent.

Apcera, Cisco, CoreOS and Docker are sponsors of The New Stack.

SHARE THIS STORY
RELATED STORIES
Here’s How to Tame Your API Sprawl — and Why You Should How to Build an API-Centric Digital Architecture How to Overcome Challenges in an API-Centric Architecture The Flywheel Effect of Kubernetes APIs Pro Coders Key to Stopping Citizen Developer Security Breach
TNS owner Insight Partners is an investor in: The New Stack, Docker, Hightower.
SHARE THIS STORY
RELATED STORIES
Twitter Leak Shows How Important API Security Remains in 2023 How to Overcome Challenges in an API-Centric Architecture What TNS Readers Want in 2023: More DevOps, API Coverage The Flywheel Effect of Kubernetes APIs State of the API: Monetizing API Deployment Is on the Rise
THE NEW STACK UPDATE A newsletter digest of the week’s most important stories & analyses.
The New stack does not sell your information or share it with unaffiliated third parties. By continuing, you agree to our Terms of Use and Privacy Policy.