The Problem with Shadow IT: It Leaves No Shadow 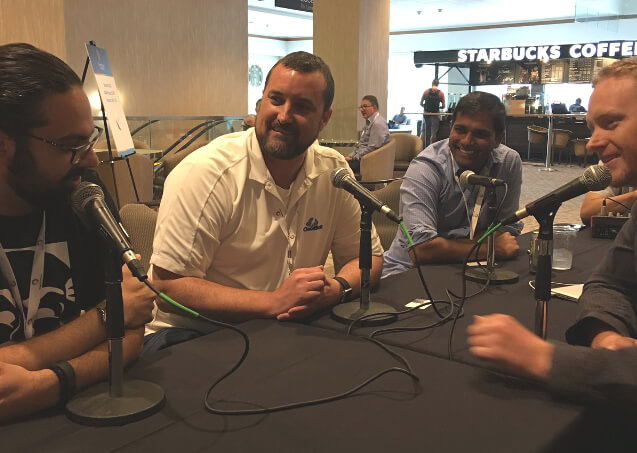 The frustration with the ‘old ways’ of IT management can lead to disastrous results in the enterprise. “Folks aren’t pulling out their credit cards and going to AWS themselves because they want to. It’s because they were frustrated by the ‘standard procedure,’ within IT. If IT gives them that same capability, the users are happy to adopt it,” CloudBolt CEO, Jon Mittelhauser.

In this episode of The New Stack Analysts embedded below, we explore the problem of cloud computing driven “Shadow IT” and how CloudBolt is hoping to change this with its approach to bringing admin-level capabilities and control to the end user, freeing IT admins to focus their attention where it matters. We spoke with Mittelhauser, as well as with Seagate architect and engineering manager, Yogi Porla, and Booz Allen Hamilton chief technologist, Nirmal Mehta. The show was hosted by TNS technical advisor Lee Calcote, and TNS managing editor Joab Jackson.

#99: The Problem with Shadow IT – It Leaves No Shadow

Mehta highlighted an instance in which a CTO was faced with a business group which would use its own credit cards to purchase AWS tools, GitHub accounts, and other tools they needed due to having been blocked via security from accessing them by the IT team at their organization, a practice commonly known as “Shadow IT.” As a result of this, Mehta noted that “Shadow IT doesn’t actually cast a shadow, and that’s the problem. The company’s internal IT team came to us and said, ‘We have a worse problem now because we know people are doing this, but we don’t have any visibility into it,’ if you put a dam up, the water is going to go around.”

Mittelhauser offered a brief outline of CloudBolt, stating that one of its core principles is ultimately about getting the power of administrators into the hands of users, rather than IT administrators.

“At the end of the day, it’s all about end user self-service provisioning. Often in the enterprise, if you needed a new server you had to wait two weeks for someone to provision it, someone to set up network, and set up the disk. With automation and using cloud management, this can be streamlined. We’re giving end users a simple dialogue box where they are managing own capabilities. Thus, admins are spending time on what they should be,” said Mittelhauser.

SHARE THIS STORY
RELATED STORIES
Tutorial: Deploy a Full-Stack Application to a Docker Swarm Install Dozzle, a Simple Log File Viewer for Docker Can Observability Platforms Prevail over Legacy APM? Securing Windows Workloads Connect to Remote Docker Machines with Docker Context
SHARE THIS STORY
RELATED STORIES
Can Observability Platforms Prevail over Legacy APM? The Next Evolution of Virtualization Infrastructure How to Deploy Containers with nerdctl Deploy a Kubernetes Cluster on Ubuntu Server Using Containerd Acorn from the Eyes of a Docker Compose User
THE NEW STACK UPDATE A newsletter digest of the week’s most important stories & analyses.
The New stack does not sell your information or share it with unaffiliated third parties. By continuing, you agree to our Terms of Use and Privacy Policy.