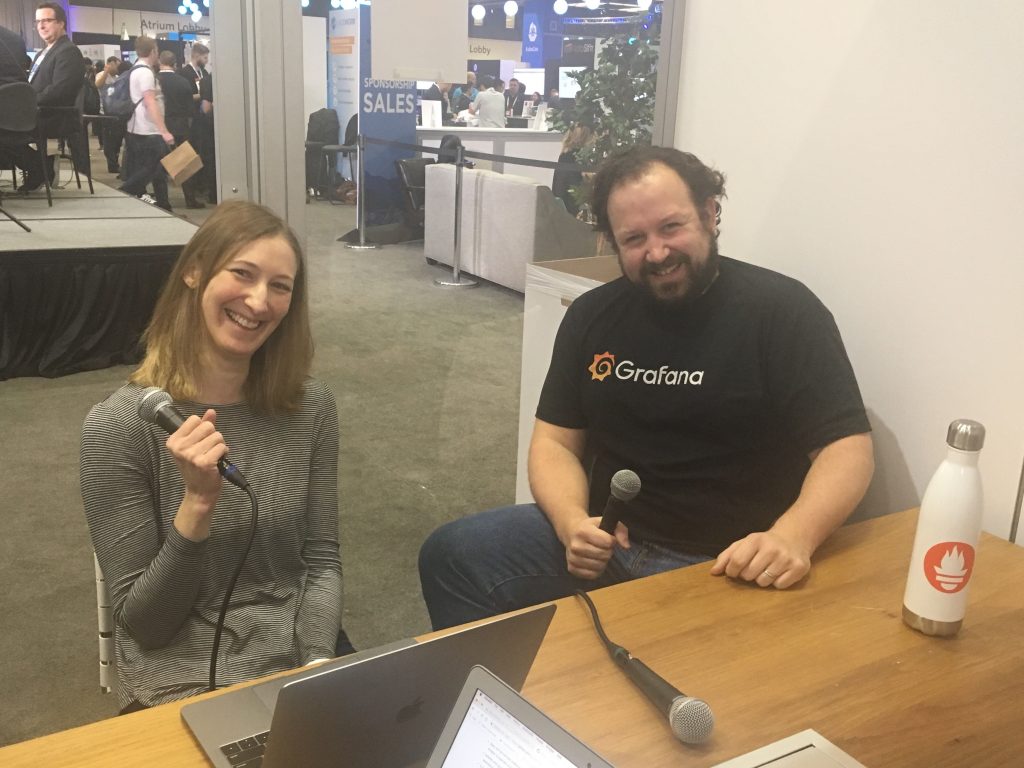 This week on Context we talk with Tom Wilkie, VP of product, at Grafana Labs, which just announced a new open source log aggregation tool for Kubernetes called Loki. Unlike other log aggregation tools, Loki doesn’t index the full text of the logs, but indexes only the metadata and uses the same service discovery technology as Prometheus.

“A lot of systems don’t have that metadata and they’re really powerful for finding content in the logs, but finding where those logs came from and when they were generated, maybe what host and what version of the software, that’s really where we’ve put the focus. The same as you can with Prometheus,” Wilkie said.

Loki has already grabbed the community’s attention, appearing at No. 1 on Hacker News the day after it was announced and receiving more than 2,000 stars on GitHub. In this podcast, Wilkie talks with Alex Williams, founder and editor-in-chief, and Libby Clark, editorial director at The New Stack, from KubeCon + CloudNativeCon in Seattle.

“We think this is super powerful because it’s going to be much easier, much more cost effective to run, much easier to operate than Elastic clusters,” Wilkie said.

Later in the show, we give our takeaways from KubeCon and CloudNativeCon. The New Stack livestreamed our podcasts from the show, held numerous pancake breakfasts and published a lot of news:

Traefik: A Dynamic Reverse Proxy for Kubernetes and Microservices

Libby is the Open Source Community Marketing Manager at Amazon Web Services. She was most recently VP of strategy at The New Stack where she helped grow the company toward its 2021 acquisition by Insight Partners, and before that spent...
Read more from Libby Clark
SHARE THIS STORY
RELATED STORIES
Swarm, a User-Friendly Alternative to Kubernetes Data, Analytics and AI: What Will Happen in 2023 Kubernetes 101: Deploy Portainer to a MicroK8s Cluster Kubescape: A CNCF Sandbox Platform for All Kubernetes Security What’s the Difference Between Kubernetes and OpenShift?
TNS owner Insight Partners is an investor in: The New Stack.
SHARE THIS STORY
RELATED STORIES
Kubernetes Needs to Take a Lesson from Portainer on Ease-of-Use Testkube Moves to the Cloud in Beta Release What Is the Docker .env File and How Do You Use It? Kubernetes 101: Deploy Portainer to a MicroK8s Cluster What’s the Difference Between Kubernetes and OpenShift?
THE NEW STACK UPDATE A newsletter digest of the week’s most important stories & analyses.
The New stack does not sell your information or share it with unaffiliated third parties. By continuing, you agree to our Terms of Use and Privacy Policy.