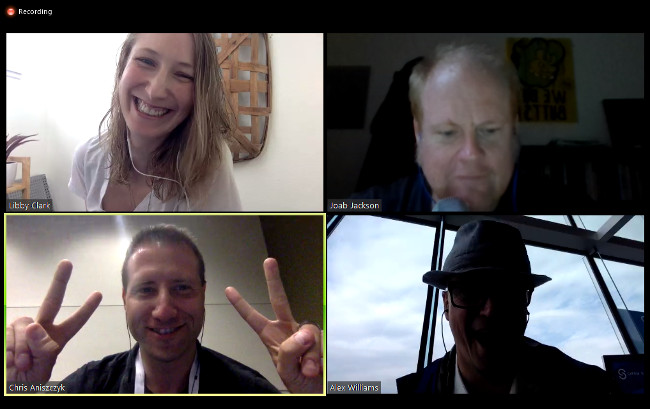 Today on The New Stack Context podcast, we talk with Chris Aniszczyk, co-founder of the TODO Group and Chief Technology Officer of the Cloud Native Computing Foundation (CNCF) about the results of our recent open source program management survey. We also talk about WS02‘s new cloud native programming language, Ballerina.

This week, we released the results of a survey on how companies are managing open source software and the benefits and challenges of formal policies and programs. The survey was sponsored by The Linux Foundation, and specifically the TODO Group, which is a professional organization for open source managers.

We surveyed more than 700 respondents, most of them developers and found that:

We discuss these results, and talk a bit about the TODO group, with Chris.

Then, later in the show, Joab gave us some highlights from our news coverage this week and we’ll discuss Ballerina, a cloud native programming language developed by TNS sponsor WSO2, which the company has asserted could eventually replace Java.

The Cloud Native Computing Foundation, the Linux Foundation and WS02, all mentioned in the podcast, are sponsors of The New Stack.

Raygun sponsored this podcast. CNCF and WSO2 are sponsors of The New Stack.