Snack Stack: Tapas for Valencia … and Beyond

Typically served in small portions on small plates, the whole idea of tapas is to order an array of different things to share with your companions.
May 14th, 2022 3:00am by Michelle Gienow 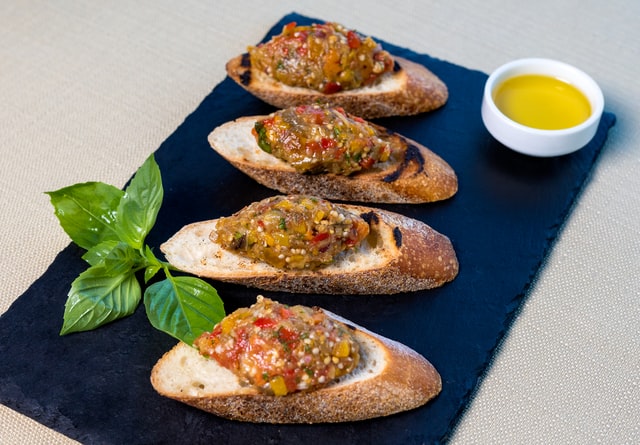 Feature image via Pixabay.
Today we kick off a new monthly column, “Snack Stack,” which will explore the world of culinary delights from the perspective of the software developer. Each month, Michelle Gienow will delve into the intersection between software culture and foodie culture, with histories and oddities, recommendations, recipes and other goodies. For this debut column, she takes a look at Spanish tapas, in anticipation to the Tapas Tuesday event that TNS is holding this Tuesday at KubeCon+CloudNativeCon 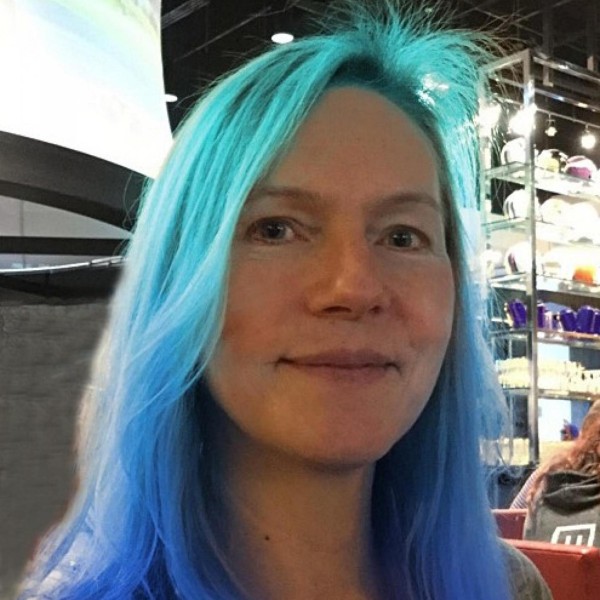 True story: Five years ago I went through a frontend developer boot camp program. It was intense. On Fridays, most of us would celebrate surviving (i.e. not failing or bailing) yet another week of JS and TK by going out for an after-class meal. Two guys in the cohort, though (let’s call them Aaron and Zack because, well, those are their names) always declined to join us — until the night I suggested we all go out to a nearby tapas bar.

For once, we rolled into a restaurant as our full boot camp complement of 12 wannabe developers. After ordering pitchers of sangria and pushing some tables together, we all picked up our menus and began choosing a bunch of yummy snacks… Except for Aaron and Zack, both of whom were instead eagerly looking around the room, practically craning heads on a 180+ degree swivel. Wow, I remember thinking, They are really looking forward to that sangria.

The (male) server came and everyone ordered their own selection of small plates. Classic Spanish dishes like albondigas (garlicky little lamb meatballs), chopitos (crispy fried baby squid) and boquerones (fresh white anchovies in olive oil and lemon juice). Then our pitchers of sangria arrived at the table, along with baskets of crusty bread and dishes of dark green olive oil. Zack and Aaron went from looking around eagerly to looking confused and, finally, looking kind of pissed off. Finally, turning toward me accusingly, Zack burst out, “I thought you said this was a topless restaurant!”

Tapas, in Spanish cuisine, are a light meal or snack. Typically served in small portions on small plates, the whole idea of tapas is to order an array of different things to share with your companions. Practically every major city in the world has at least one tapas bar or restaurant, but in Spain tapas aren’t just food: they are a venerable, integral, and above all edible expression of Spanish culture. Locals don’t simply go out for tapas — they do tapas. Because gathering to enjoy tapas traditionally goes far beyond the food itself. It’s also the freewheeling, no-boundaries conversation among a group of friends all talking over one another, nibbling tasty morsels from an archipelago of communal plates. Even the smallest of towns in Spain generally has at least one family-run tapas joint that has been serving up local favorites for generations.

Tapas can be cold, such as mixed olives, cured meats and cheeses, or roasted and pickled vegetables. Hot tapas are also a thing, everything from grilled chicken or shrimp skewers to papas bravas (fried potatoes with spicy aioli sauce) and all different kinds of croquetas (fritters). As for what to drink, the tradition is to wash down tapas with Spanish wine, like rioja or a crisp, sparkling cava. Other beverage options include knock-yer-socks-off Spanish sherry (fortified wine) or a bottle of locally produced mineral water like Vichy Catalan.

Spain is a large and diverse country with 17 unique autonomous regions, each known for their distinct food and wine specialties. This means tapas offerings in Madrid will be different from those in Barcelona or Seville or Valencia, though undoubtedly delicious anywhere you go. There is even great variation between Spain’s 50 provinces, with each claiming its own unique and special dish. It is impossible to keep track of, honestly, so here is a cheat sheet for what to order, tapas-wise, in the major regions of Spain.

The climate in this sun-drenched easternmost province of the country gave rise to its lively year-round culture where large groups of locals crowd the cafes to share tapas and lively conversation about using a query builder instead of an ORM.

Tapas tips: Valencia boasts miles of Mediterranean coastline, so tapas here are all about the seafood. Less is often more, here: a plate of impeccably fresh mussels steamed and served with butter, or perfectly grilled baby octopus drizzled with local olive oil.

One local specialty to look for is esgarrat. The name comes from “esgarradet,” meaning “disrupted” and refers to how roasted red peppers and cured cod are torn into strips before being tossed with black olives, garlic and plenty of olive oil. Together they make a kind of cold salad, where the salty cod plays off the sweetness of the grilled red peppers — use bread to mop up every last juicy bite. Also be on the lookout for paella, another Valencian specialty. Though technically not tapas, many restaurants in the region serve paella in tapa form. This everything-but-the-kitchen-sink rice dish contains chorizo sausage, chicken and every kind of species of bivalve and crustacean you can think of.

Drink: You will undoubtedly be urged to pair your tapas with Valencian mistela, a sweet dessert wine — this stuff is sweeeeeet with six “e”s. I’d personally skip it and stick with a nice cold crisp sparkling white cava, or ask for a Spanish cider from the Asturias or Basque regions.

This southernmost region of Spain has generally perfect weather and a comfortable, laid-back vibe. Meaning that no matter what Andalusian city you end up in will be the perfect place for a tapas crawl. Most places here still follow the age-old custom of offering a free tapa with every drink (a custom in tragic decline elsewhere in Spain, alas). Fun fact: The origin of the word “tapas” is taper, “to cover” because in olden times the little snack given free with your drink would be served on a dish balanced on top of, thus covering, the glass.

Tapas tips: Andalusia has both Atlantic and Mediterranean coastline, and so seafood tapas are also the focus here. Be sure to try pescaíto frito, crisp-tender fried fish, with generous squeezes of lemon. Espetos (grilled sardines) are very popular too, and I promise they taste amazing — nothing like those scary tinned things the rest of the world calls “sardines.” Try a tapa portion of a chilled soup like gazpacho or salmorejo, a hefty blend of tomatoes, olive oil, garlic and pan de telera, the region’s famous super-dense bread.

Drink: Tapas in Andalusia must be washed down with a glass of sherry. I don’t make the rules. This fortified wine is produced exclusively in southern Spain and is not well known elsewhere, and can range from light, almost white table wine to dense, dark sweet dessert wine. Choose your own adventure. Just remember to go slow, because sherry typically has 3-4x the alcohol content of regular wine. It can sneak up on you.

Madrid is in some ways the best place in the country to do tapas. Here in Spain’s vibrant and cosmopolitan capital, you can try all the regional tapas specialties in one city, as well as innovative cocina nueva tapas and the old-world classics. Neighborhoods like La Latina are densely packed with tapas bars, and every night is tapas crawl night.

Tapas tips: Gambas al ajillo — flash-fried shrimp in a feisty garlic sauce — is synonymous with tapas both in Spain and the rest of the world, but the dish originated in Madrid. Again, all the best tapas of Spain are found here: the famous jamon iberico from Extramadura. Manchego cheese from Catalonia. Ternasco (tender wine-roasted lamb) from Aragón. As a bonus, drinks in Madrid usually come with a tapa freebie, often olives or patatas bravas

Drink: Just like you can sample dishes from across all of Spain in Madrid, you can also find regional specialty wines and liqueurs (not to mention craft beers, in the city’s more modern tapas bars). Interesting quaffs to try include txakoli, a semi-sparkling white wine produced in the Basque Country. You can never go wrong with a nice light sparkling cava from Catalonia. But take my advice: if you like red wine, look for Ribera del Guadiana. This relatively obscure D.O. comes from Extremadura; it is a true hidden treasure and hard to find outside Spain.

Disclosure: The author of this post is an employee of Cockroach Labs, which has received funding from Insight Partners, The New Stack’s parent company.

SHARE THIS STORY
RELATED STORIES
It Happened to Me: How I Suddenly Owed AWS $13,000... Snack Stack: Turning Winter Comfort Food up to 11 How to Get Started Filling 3.4 Million Cybersecurity Jobs Entrepreneurship for Engineers: Avoiding Feature Bloat 2022 in Review: AI, IT Armies, and Poems about Food
KubeCon+CloudNativeCon is a sponsor of The New Stack.
TNS owner Insight Partners is an investor in: The New Stack.
SHARE THIS STORY
RELATED STORIES
How Will Working in Tech Change in 2023? Entrepreneurship for Engineers: Avoiding Feature Bloat Java's James Gosling on Fame, Freedom, Failure Modes and Fun SRE Housekeeping: Where to Get Started for New Hires How We Manage Incident Response at Honeycomb
THE NEW STACK UPDATE A newsletter digest of the week’s most important stories & analyses.
The New stack does not sell your information or share it with unaffiliated third parties. By continuing, you agree to our Terms of Use and Privacy Policy.