TNS Makers at OSCON: GitHub Atom, Capital One Hygieia and Docker on BSD 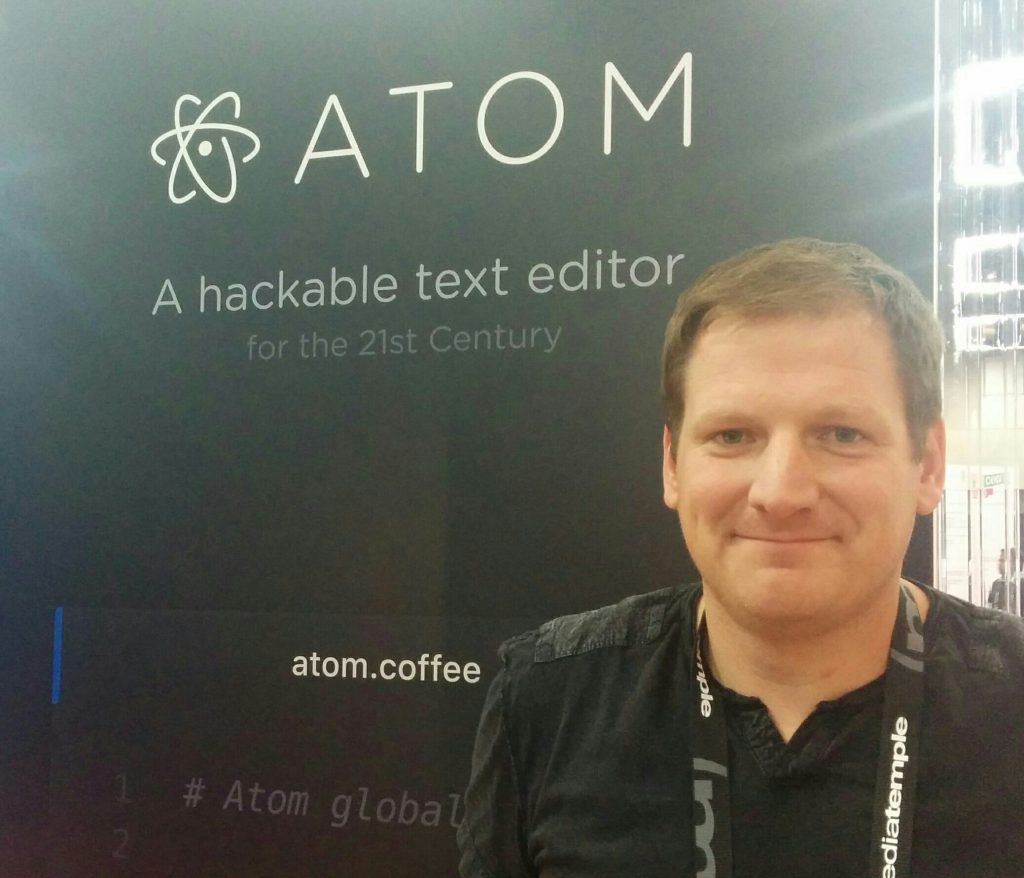 The New Stack places an emphasis on explaining and giving a voice to open source projects. In this spirit we are pleased to present this up-close perspective on OSCON 2015, in which we spoke with three attendees about their projects, use cases and how they perceive their value.

Described as “a hackable text editor for the 21st Century,” Atom can be fully customized to do anything, but also used productively, “without ever touching a config file.” A built-in package manager enables you to search for and install new packages or start creating your own — all from within Atom. Atom lets you easily browse and open a single file, a whole project, or multiple projects in one window, and can be used on OS X, Windows, or Linux.

Hear GitHub’s Brandon Keepers explain the why and how of Atom:

“GitHub is known for being the place for social coding, and where all of the code is hosted, but there’s so much that happens in building software before it gets on GitHub. We wanted to build a tool that would enable us to create the future of social coding,” says Brandon. “What if we could actually work together while we were building the code?”

At Capital One, says platform engineering fellow Dr. Tapabrata Pal (who goes by “Topo”), they have been doing DevOps for four years. During this time of using multiple tools, each with its own dashboard, they identified a need to view the whole pipeline in one single dashboard. Not finding any solutions in the commercial or open source markets, they decided to build themselves one.

“It gets all the information from each individual tool, collects it in a central place, and has a nice UI to show you the actual information coming out of these tools. The whole Idea is to shorten and amplify the feedback loop,” says Topo, citing the second of Gene Kim’s Three Ways of DevOps.

For a prime example of a use case, Topo points to development teams who are working concurrently on isolated projects, where a centralized dashboard would immediately signal to everyone on the team if a build should fail, thus shortening the time it takes to determine the cause.

The New Stack also explored the project in depth in “Observations: Hygieia, Capital One’s Entry Into the Neflix and Etsy Land of Open Source.”

As long-time FreeBSD community member Michael Dexter suggests in his recent post, “Docker Done Right,” “FreeBSD just may prove to be the ultimate Docker platform thanks to its 15 plus years of containment experience and the unrivaled OpenZFS file system.” Docker is available on FreeBSD as of June, 2015.

Michael sees Docker as “a sysadmin’s approach to software packaging.”

“The sysadmin has their hands tied, and can’t modify things above them and below them,” says Michael. “So what do you do? You create a shim environment where you make it easy to port applications.”

“As a platform,” he explains, “once the Linux emulation hit 64 bit, something like Docker was a matter of weeks of porting, in spare time, rather than a massive engineering feat.” Michael is passionate about FreeBSD, which, he says, “goes back directly to the CSRG and the BSD project.”

“When you take a platform like that that’s ready for such things [like Docker], it just dropped into place.”

“We’ve had a very clear ports tree, and application management from that perspective, so we’ve been containing applications from ports in jails for a very long time,” he says. He believes users who are lured to the FreeBSD platform and who discover how well it performs with Docker will not want to go back. “Once you spend some time with ZFS you will never want to see another hardware rate card in your life again. Once you do a ZFS send on important data, you’ll never want to use rsync again.”

The New Stack extends a big “thank you” to Michael and the folks from the GitHub and Capital One teams at OSCON for sharing their time and stories with us.

Alex Williams is founder and editor in chief of The New Stack. He's a longtime technology journalist who did stints at TechCrunch, SiliconAngle and what is now known as ReadWrite. Alex has been a journalist since the late 1980s, starting...
Read more from Alex Williams
SHARE THIS STORY
RELATED STORIES
OpenTelemetry Properly Explained and Demoed Case Study: How SeatGeek Adopted HashiCorp’s Nomad Software Startup Aims at Cluster Computing Barriers How Paylocity Scaled Up Community in the Cloud with MongoDB Chronosphere Nudges Observability Standards Toward Maturity
TNS owner Insight Partners is an investor in: The New Stack, Docker.
SHARE THIS STORY
RELATED STORIES
How Paylocity Scaled Up Community in the Cloud with MongoDB Pre-Labeled Datasets Are Key to Building High-Quality ML Models Discord vs. Slack: Which Is Right for Your Team? Case Study: How Dell Technologies Is Building a DevRel Team LaunchDarkly: Feature Management Is a Must-Have
THE NEW STACK UPDATE A newsletter digest of the week’s most important stories & analyses.
The New stack does not sell your information or share it with unaffiliated third parties. By continuing, you agree to our Terms of Use and Privacy Policy.