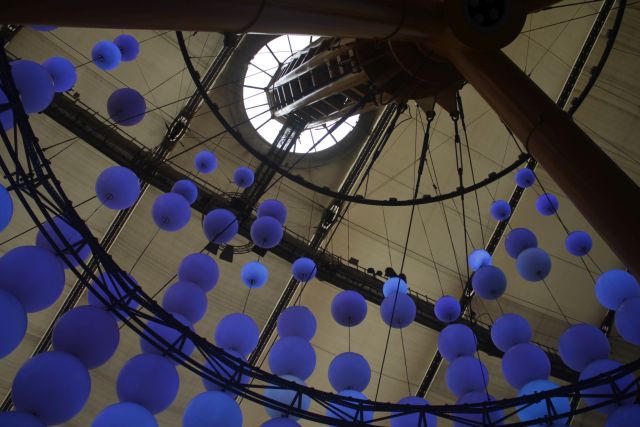 Regular readers of The New Stack will not be surprised in the least that 451 Research analyst Donnie Berkholz is on a mission to convince organizations to integrate their software development and IT operations teams. At the recent HPE Discover 2015 conference in London, Berkholz unveiled perhaps his strongest language to date, advocating not just for the two teams to coalesce but for their work processes to extend across departmental boundaries.

“This new approach to IT culture looks like one of collaboration, empathy, and transparency — transparency within and beyond the organization,” Berkholz told an overflow-capacity audience of information professionals.

“So how do you build these kinds of cultures of collaboration, empathy, openness, transparency? One of the biggest things is just getting people in the same room together,” said Berkholz. “The easiest way to do that is to have it be a physical room, taking developers, security, engineers in tests, and operations and putting them all together as they’re moving toward a more and more agile process and more continuous delivery pipeline.

DevOps, containers & microservices: Separating the hype from the reality from Donnie Berkholz

“This is one of those things where, it seems like it doesn’t matter if you’re only shipping software every few months,” he continued. “But as you move toward faster and faster delivery, it’s more and more important that you’re able to collaborate effectively, versus having handoffs and saying, ‘Hey, our dev team is in Kansas and our ops team is in Seattle’ — which is a very challenging way to try to do this.”

When Berkholz talks about getting information workers together in the same room, the virtual variety is not an option. Virtual platforms have not gone nearly far enough towards the ultimate goal of bridging the cultural gaps between co-workers who are divided from one another by more than just geography.

“Distributed collaboration is challenging, even with all the tools we’ve got now,” he told attendees, “even with tools like Slack and HipChat, and the video-based chat services we’ve got now. It’s still really hard to do remote right, and that’s why the easiest way to tear down silos and to collaborate effectively is just getting people in the same room.”

This type of physical contact, Berkholz believes, is the only way for co-workers to exchange each other’s expertise. In many of the organizations he’s examined, it’s the individual lines-of-business (discrete business units or departments) that generate the bullet-point requirements that developers must follow. But often, neither the LoBs nor the devs have given much forethought as to how the final software product would look or work in the production phase, or how it would scale over time, or how it would log or monitor processes and events, prior to the generation of that requirements list.

“If you have all these people in the same room — if you have IT ops, that’s able to act as a sort of technical liaison during design and development — you can bring that into the process, and vice versa,” the 451 Research analyst suggested. “If you’ve got developers — they’re the ones who built the code. Why shouldn’t they be responsible for how it’s running in production? This is how you get them to care.”

At this point in the talk, one of the attendees interrupted with a question: Are organizations capable of accomplishing the feat of bringing everyone together under their own power, or do they need to hire consultants to show them how?

“There’s no way to do this without high-level executive buy-in,” Berkholz responded, “because of the cultural challenges involved. You can do the tools, you can do the technologies, without having VPs and CIOs and other C-suite folks buy into this process. But you can’t do the culture part. So you have to have… not just buy-in, but if you don’t have that level of executive who knows exactly what has to happen, then you do have to bring in external expertise, absolutely. And there are many services and consulting firms, from three people to thirty thousand people, who would be happy to join you in that journey.”

Cover image:  Inside the O2 Center in London, photo by Scott Fulton.

Scott M. Fulton III leads the developer content team at Neo4j, and before this, was a 37-year veteran producer and editor, including for The New Stack, where he created the Context podcast. He produced the Scale blog for ZDNet, was...
Read more from Scott M. Fulton III
SHARE THIS STORY
RELATED STORIES
8 GitHub Actions for Setting Up Your CI/CD Pipelines Using DORA Metrics to Optimize CI Pipelines Enriching Dev Experience with Speedy Continuous Integration An Inside Look at What GitLab’s Web IDE Offers Developers Interest Growing in Dart and Flutter for Mobile
TNS owner Insight Partners is an investor in: The New Stack.
SHARE THIS STORY
RELATED STORIES
8 GitHub Actions for Setting Up Your CI/CD Pipelines GitHub Actions Were Vulnerable to Rust Artifact Poisoning A Look at Kubernetes Deployment Argo CD and Flux Are CNCF Grads: But What Now? CircleCI to Customers: Change All Secrets and API Tokens NOW!
THE NEW STACK UPDATE A newsletter digest of the week’s most important stories & analyses.
The New stack does not sell your information or share it with unaffiliated third parties. By continuing, you agree to our Terms of Use and Privacy Policy.