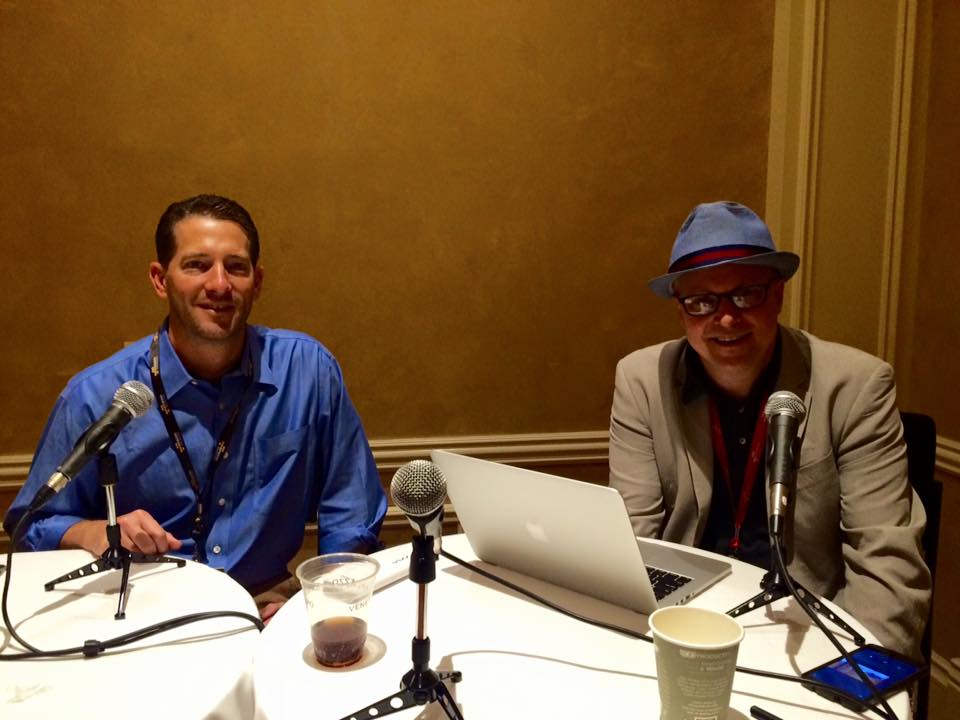 Container-based development stacks continue to grow on a daily basis, as do the amount of services running at any given time by a particular business. Microservices were discussed frequently, particularly focusing on the intersections of how containers, databases, and IoT fit with the variety of cloud-based platforms available to development teams today.

Williams first spoke with Apurva Davé, VP of marketing at Jut. Jut aims to bring data stacks to developers streaming in digital exhaust, logs and metrics to tell you what’s going on inside an application. Jut accomplishes this through streaming analytics and visualizations. This helps developers abstract the complexities of dealing with data analysis to better explain it to their team.

Jut features its own data flow language, Juttle. Developers can use high-level declarative language within Juttle, compiling code in real time via their browser. Juttle also features an analysis engine, which is useful for big data aggregation. This includes windowed analysis, the ability to group by percentiles, and implements additional functionality on top of the Jut platform. Additionally, Jut can handle events, metrics, real-time and historical data, allowing users to combine both facets at once if the need arises.

Sirish Raghuram, co-founder and CEO of Platform9, talked with Williams about its OpenStack-as-a-service platform that runs on Linux and VMware environments.

It’s a SaaS offering, with a heavy emphasis on monitoring. Platform9 competes with  VMware and OpenStack distributions from companies such as Mirantis and Red Hat. Professional service providers can also be considered competitors to what Platform9 offers. The software manages and provisions the data plane that runs on-premises. It is a cloud-based system that runs profiles and acts an an app store. It is written in Python. OpenStack is decomposed to mini-apps that are run on the company’s servers. The apps can be written in any language.

Complexity is the number one issue for customers and that has been the challenge in new data center architectures. The complexity of creating some elastic infrastructure speaks to why AWS has become so popular. AWS has opened a new infrastructure that reduces the complexity for the end user. OpenStack gets criticized, but it does offer companies a way to provide an Amazon-like environment for on-premises apps that may not need to scale to any great extent and are already running on virtualized infrastructure. In the app development world, frameworks, such as Kubernetes, and technologies, such as containers, will be more popular.

Platform9 recently made their product available for VMware vSphere. Enterprise-level organizations currently running vSphere can get OpenStack running pretty quickly, moving the environment to a programmable infrastructure. No retooling is required, with an added capability for using DevOps practices.

Steve Herrod, managing director at General Catalyst, discussed the future of technology policy and investing. The world is moving toward multi-cloud platforms, with some running SaaS, others Amazon or VMware along with multiple container vendors. As an investor, Herrod stressed that something that provides an industry-wide security policy is where tomorrow’s large companies will be built.

Steve continued, noting an interesting discussion around Amazon’s Lambda, asking that when writing at high extraction, does it truly matter how such code is implemented? As such, developers have to keep asking, “Is this the right abstraction?” and get rid of unnecessary complexity. This can be achieved with application-centric infrastructure, and building smarter infrastructures to look at data and make it behave better. This also requires hardware that morphs to support different application types, making transitions between workflows seamless.

Adam Wray, CEO and president of Basho, took the time to speak with Williams regarding the future of IoT. Basho recently introduced Riak TS, a time-series database which runs on top of their data platform. Riak TS offers both key-value and object-store features, with add-ons such as Apache Spark, Redis, and Apache Solr able to be integrated with Riak TS, Riak S2 and Riak KV. Riak TS offers range queries, simplified data models, and data co-location, optimized for faster read/write times, also featuring masterless architecture and near-linear scaling to add capacity as a customer’s database grows.

Wray notes that in IoT, 90 percent of data collected is never touched. It often sits without review, or is thrown away. He then stressed that that IoT is about end devices, asking how a company’s data can become a workload that has value? Basho helps companies accomplish this by tying data to workloads specifically so clients do not have to figure out schemas, working at scale, or applying analytics. They can use Basho’s preset settings to drag in a common case workload and run it.

These four interviews and more are available for listening on The New Stack’s Simplecast channel.

Basho, Red Hat and VMware are sponsors of The New Stack.