Andrew Hately and Jason McGee, IBM: The Evolution of Architectures at Container-Scale 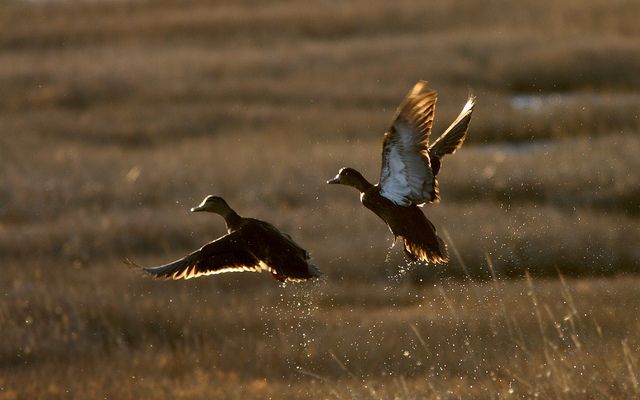 TNS Annual Reader Survey
We need your input! Take 5 minutes to chime in and help guide our coverage.
Begin the survey
This podcast is the third in a series of interviews that we conducted while assembling our second eBook on the container ecosystem, “Applications & Microservices with Docker and Containers,” out January 20.

In these two podcasts, we hear from IBM thought leaders Jason McGee and Andrew Hately. Through these interviews, conducted at Dockercon EU by The New Stack founder Alex Williams, we learn about the performance of open source communities, the evolution of application lifecycle management, and the shift to scale.

McGee reflected on the service-oriented architecture (SOA) movement, and efforts to decompose the monolith. According to McGee, SOA asked the practical question, “How do I take the applications I’m building and break it up into a set of independent, well-defined services that can interact with each other, and use that as a mechanism to organize teams, and to spread the load across a team?”

“(SOA) was very focused on the interface to something, but it didn’t encompass the whole delivery life cycle,” said McGee. “It focused on ‘how do I talk to the service?’ but made no particular assumptions about whether that service had an independent life cycle, how it was deployed, what technology was used to build it, or how the team was organized around it. All it really said was, ‘I can decompose my world into standard things that I know how to talk to.'”

“People got some benefit out of that, of course,” he said. “Ultimately, you need a mechanism to not only define how you talk to something, but to really break it out as its own piece, that you can put a team around that owns that one piece, and free that team from having to coordinate with everybody else on ‘what technology stack do we use?’, ‘what version of that stack do we use?’, ‘when do we do deployments?’, ‘what is our deployment model?’ A lot of those problems weren’t really tackled in that era.”

“If you look at what’s going on now under the banner of ‘microservices,’ what you’re seeing is that interface idea still there — the technologies have changed,” said McGee.

Williams asks about Kubernetes and Swarm as examples of early efforts to achieve some standardization in this new era.

“I’d like to see them come together,” said McGee. “Kubernetes has a lot of the concepts. Docker has, of course, great developer traction and mindshare, and people really understand that technology.” Hately discusses the shift to scale and what that actually means for infrastructure technologies, as well as how containers facilitate a move beyond web-scale.

“We’re seeing another renaissance moment in the technology industry,” said Hately. “The last really big one that felt like this was the shift toward Internet and eBusiness, and that started with some very foundational and open technologies. It was the specifications for the Internet protocols — HTTP, HTML, things like that — but the real accelerant there (that we don’t often talk about) was the implementation of those technologies.”

“The Internet was a very awkward place to navigate when we started,” he explained. “You’d go with one browser to one web server, and you would get a different experience if you changed the pieces on either side. Every Web server was feeding content a different way. Every web browser interpreting in a different way. There was just enough lack of detail or lack of adherence to specification, that we started to learn very early on, in the early days of the Web, that it became about sharing the implementation.”

“The Apache Web server was one of the first projects IBM jumped into in that era,” he continued, “and we saw an immediate explosion of websites based on that open source technology because it wasn’t about arguing over who got the implementation right in the spec anymore. It was about a whole lot of people rallying around that one implementation to make it fast, to make a right, to make it scale. And it took off in such a way that at one point over 80% of the Internet traffic was being served by this one implementation.”

“Then we got to move on to the next problem — making websites about transactions, making them about business, and moving into the Java open communities,” he said. “But we learned by rallying people’s energy — not around creating 50 implementations of the same thing, but getting them to agree on some of the core pieces, and implementing one way.”

Andrew Hately, IBM: The Evolution Beyond Web-Scale with Containers

“We’ve talked for years about this idea of a virtual enterprise,” said Hately. “What we’re seeing now is the technology, and also enough different ways that people want to interact with the business, that the front end experience is changing rapidly. These aggregators and mobile applications that interact with many businesses — almost completely virtual companies — they’re taking over the user experience front end.”