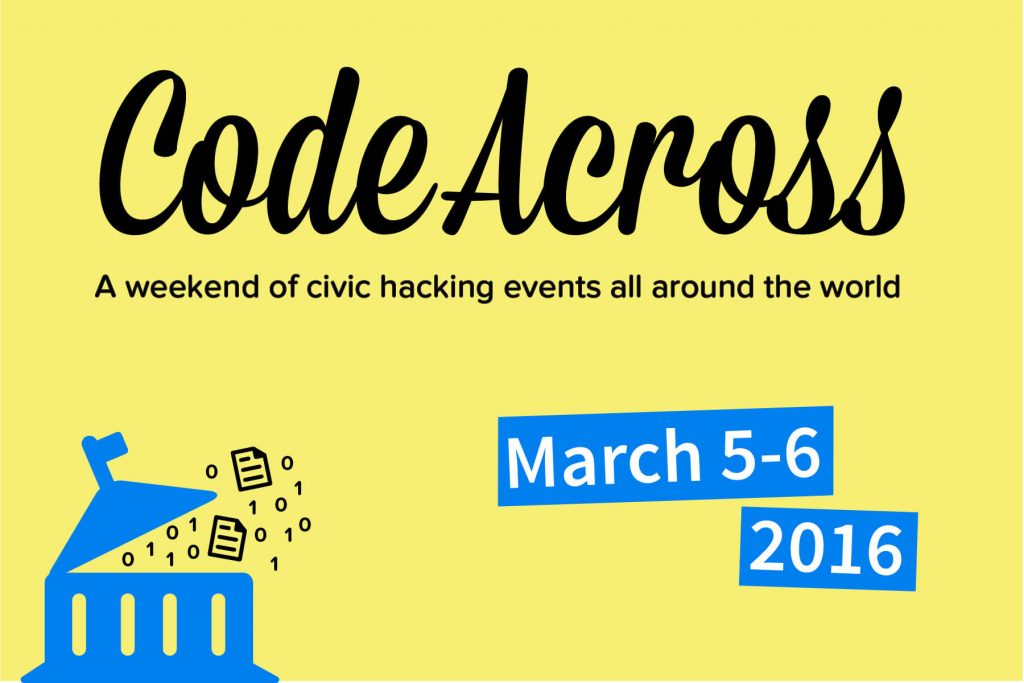 Saturday hundreds of different data-hacking events are being held around the globe to celebrate International Open Data Day. It’s the fifth installment of an annual event promoting government data-sharing with a series of loosely joined hackathons, each one culminating in a demo or brainstorm proposal that could be shared with the other participants. And Code for America, a non-profit organization dedicated to promoting government openness through software, is also participating, staging its own “CodeAcross” hackathons to get its own community involved in the international event.

“I can’t wait to see all the things that come out of this from across the planet,” said Megan Smith, a former Google executive turned chief technology officer for the United States government, in a video on the event’s official Web page.

In the video, Smith reminded visitors that nearly 200,000 federal data sets have been opened to the public since 2009, all hosted at Data.gov, while states and local leaders are also making additional data available.

“As the U.S. Chief Data Scientist DJ Patil says, data science is a team sport. So come together, and let’s get this stuff done!”

The events were open to everyone, and their website encouraged participation from developers, designers, statisticians, and librarians, and of course, citizens, too. “We need you the most. If it weren’t for you, this whole thing wouldn’t be happening. We need ideas, cheerleaders, and friends to spread the word.”

The Code For America site offers a clear mission statement: “to show support for and encourage the adoption of open data policies by the world’s local, regional and national governments.” And its methodology seems pretty straightforward, namely to “Gathering citizens in cities around the world to write applications, liberate data, create visualizations and publish analyses using open public data.”

By Thursday night over 250 events were listed on the event’s official spreadsheet, which was hosted on Google Docs and open for everyone to edit. Each entry included a longitude and latitude, so they could all be visualized with virtual pushpins on an interactive map of the world. 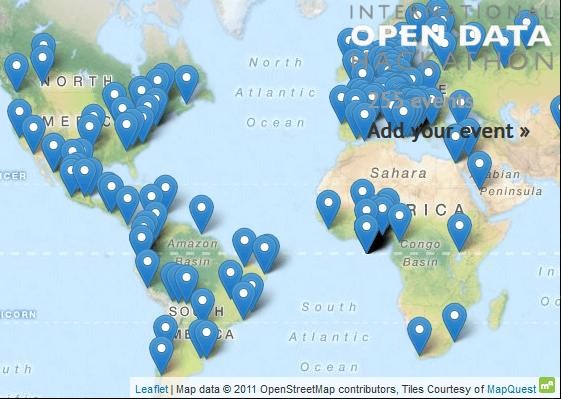 In the true spirit of the event, they were generating their own data sets. And the list of participating countries is impressively long, even if you break it down by continent.

“[L]et’s not try to boil the ocean,” the event’s website explained. “Let’s have a bunch of events, where people care enough to organize them, and try to link them together with a simple short connection/presentation.

“Above all let’s raise some awareness, create something, and have some fun.”