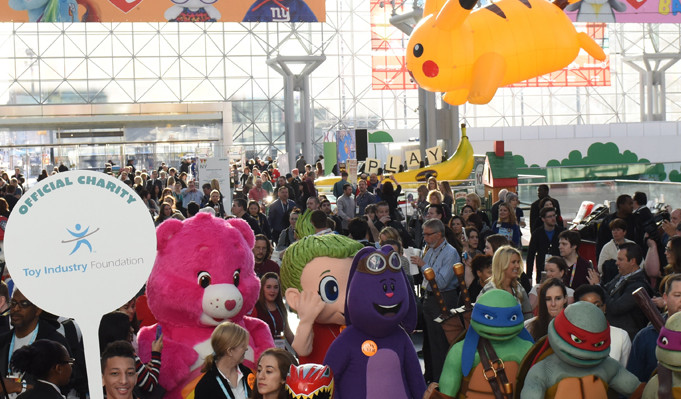 Technology is taking over the toys — at least judging by the new playthings on display last week at the annual New York Toy Fair of the Toy Industry Association. The trade association represents roughly 85% of the toy-sellers in America, according to figures from 2010, representing $21.87 billion in sales. And since 1903 it’s been hosting a toy fair in New York City, giving the media its first look at this year’s hottest upcoming products.

But the toy’s of today take full advantage of some 21st-century tech, combining the new and the old into modern hybrids designed to delight, entertain — and maybe even inspire kids to pursue their own careers in technology.

Let’s take a look at a few: 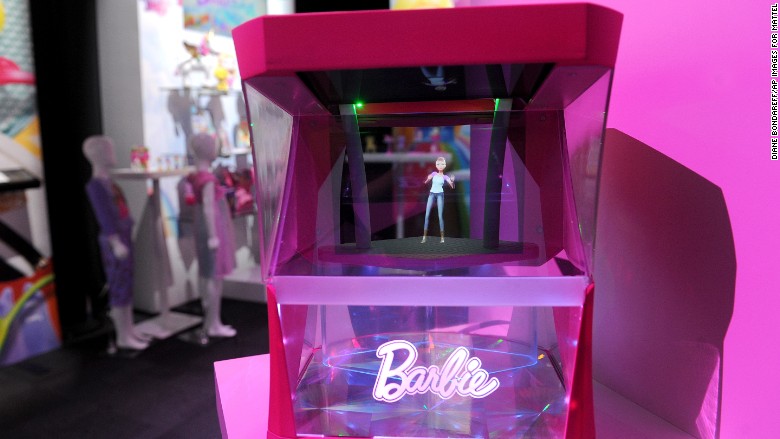 “This new Barbie will be able to change her own clothes,” joked CNN — since they’re added virtually by a hidden projector that shines Barbie’s image onto a mirror. And though children won’t be able to touch the eerily translucent “Hologram Barbie,” she’ll still be “interactive,” thanks to voice commands. Saying the right words will magically change Barbie’s clothes, ethnicity, or body type.

This Barbie can even hold conversations, provide an animated weather report, provide reminders, and tell you the time, CNN reported. Adweek called her “Every girl’s first personal assistant…  practical yet peppy holographic pal… Like an Amazon Echo that smiles.”

Her wake word is “Hello, Barbie,” and you can bring her home for under $300 when she debuts this fall. If that seems pricey, remember that Hologram Barbie can even take the place of your Bluetooth speakers…

“The idea is that kids want to know what Barbie is up to when she isn’t actively being played with…” wrote the Verge, adding “Spoiler alert: Barbie loves to dance.”

“Really, Barbie is just a prisoner trapped in a box who dances for kids on demand.” 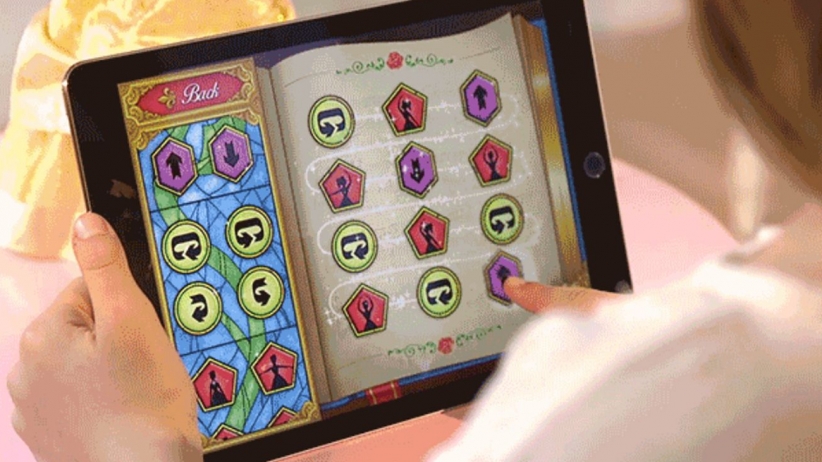 Entrepreneur reported on an even techier toy from Hasbro that takes interactivity to the next level. It’s a doll of the book-loving Belle from “Beauty and the Beast“: “She’ll dance and sing, powered by commands children make with a special programming app, teaching kids to code while they play.”

Sort of. There’re drag-and-drop dance sequences for “Dance Code Belle,” and “The sequence can then be synced to the battery-powered doll over a wireless Bluetooth connection, so no cables are ever required,” according to Gizmodo. After a few days with the toy, the Gizmodo reporter concluded it won’t prepare kids for job interviews at Google, but it could spark an interest in science, and “learning even the basics of programming can help kids develop problem-solving skills and an interest in learning how things work.”

And even if it doesn’t, you’ve still got a $120 doll that talks — speaking 100 different phrases — and of course, sings songs from “Beauty and the Beast.”

More interesting, from an engineering point of view anyway, is a Tenka Labs product called Circuit Cubes, snap-on modules for Lego blocks that let kids build their own electrified gizmos. There’s a snap-on motor cube that spins a gear shaft, as well as a module for LED lights and even a kit that lets kids build robots that draw. But the real aim is to inspire kids to invent their own designs.

The inventors of Circuit Cubes are now putting together a classroom curriculum using its product, according to Digital Trends, and the company also hopes to host hundreds of projects for the cubes in an online community.

Batman always had the coolest toys, and in honor of his appearance in the upcoming “Justice League” movie, Mattel has unveiled this two-foot marvel, with a tiny six-inch Batman tucked into the cockpit. Mashable called it “the most tricked out remote-control car we’ve ever seen” It’s even accessorized with cannons — and Gatling guns — to mow down the bad guys. There’s lights, engine sounds, and an exhaust pipe that spews real smoke.

But best of all, it’s controlled by an app, which steers the wheel — and Batman’s arms!

Here’s the coolest part: The app actually shows real-time footage of the view from the passenger seat — with Augmented Reality to draw in all the rockets and gunfire coming out of the Batmobile’s weaponry. “He’s fighting demons” Nerdist assured concerned parents, “so it’s fine, okay?”

It will cost $250, but the geek press is still pretty excited. “To be honest,” Mashable wrote, “this car…has the potential to be more popular than the movie.”

SHARE THIS STORY
RELATED STORIES
How Jit Builds a Platform Engineering Mindset in the Cloud Entrepreneurship for Engineers: Avoiding Feature Bloat 5 Ways ChatGPT Could Supercharge Chatbots Entrepreneurship for Engineers: Building for Customers’ Love Java's James Gosling on Fame, Freedom, Failure Modes and Fun
SHARE THIS STORY
RELATED STORIES
Entrepreneurship for Engineers: Avoiding Feature Bloat 2022 in Review: AI, IT Armies, and Poems about Food A Leg-endary Year: Top 5 Internet Technology Stories of 2022 It Happened to Me: How I Suddenly Owed AWS $13,000... Donald Knuth's 2022 'Christmas Tree' Lecture Is about Trees
THE NEW STACK UPDATE A newsletter digest of the week’s most important stories & analyses.
The New stack does not sell your information or share it with unaffiliated third parties. By continuing, you agree to our Terms of Use and Privacy Policy.