Traefik: A Dynamic Reverse Proxy for Kubernetes and Microservices 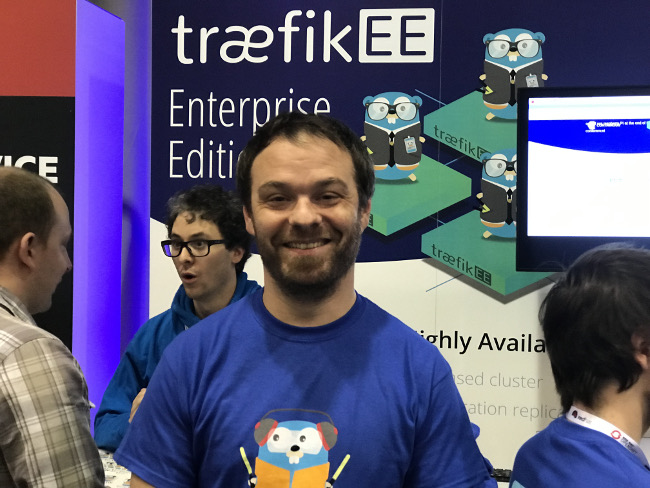 An open source edge router with automated reconfigurability is finding a home in the world of Kubernetes-driven cloud native operations.

Emile Vauge had created Traefik three years ago as a side project while developing for a Mesosphere-based microservices platform. He was frustrated with the existing options for edge routing. “Traditional reverse proxies were not well-suited for these dynamic environments,” he told The New Stack.

Unlike traditional edge routers, Traefik reconfigures itself on the fly, without going offline. This dynamic and automated reconfigurability can be essential for an architecture of containerized microservices, which can be moved around and scaled up on the fly by an orchestrator such as Docker Swarm or Kubernetes.

Traefik connects to the APIs for these orchestrators, updating its routing automatically as the orchestrators move their microservices around. “Each time something changes on the orchestrator, for example, if you deploy a new application, Traefik is notified and changes its configuration automatically,” said Vauge, who created a company around the technology, Containous.

This week, the company has introduced an enterprise version of the software, Traefik Enterprise Edition (TraefikEE), which can provide a scalable highly-available platform for business-critical deployments. The Beta of this package debuted at the KubeCon + CloudNativeCon, being held this week in Seattle. 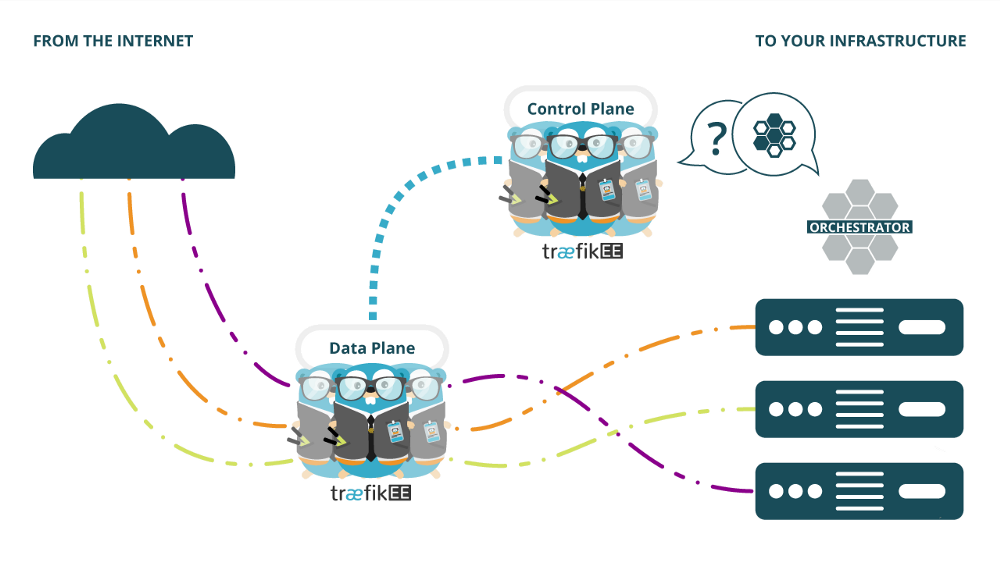 The software has been picked up and used in production by a number of large organizations moving to microservices. It has collected more than 19,000 stars of appreciation on Github and has been downloaded more than 10 million times from DockerHub.

TraefikEE offers a way to easily install distributed Traefik instances across a cluster,  spread across multiple nodes using the Raft consensus. TraefikEE can safely store and replicate configurations and TLS certificates across the nodes, and communication across nodes is encrypted.

“This is the first reverse proxy that is able to be deployed in a cluster natively, without any third-party software,” Vauge said.

Traefik itself also offers many of the standard features found on other edge routers, such as SSL termination.

Joab Jackson is Editor-in-Chief for The New Stack, assuring that the TNS website gets a fresh batch of cloud native news, tutorials and perspectives each day. He has logged over 25 years in infrastructure IT journalism, including stints at IDG,...
Read more from Joab Jackson
SHARE THIS STORY
RELATED STORIES
Do You Need a Managed Database? Open Source Underpins a Home Furnishings Provider’s Global Ambitions Spotify's Backstage: A Strategic Guide Realizing the Dream of Cloud Native Application Portability How Intuit’s Platform Engineering Team Chose an App Definition
KubeCon + CloudNativeCon is a sponsor of The New Stack, and provided transportation and lodging for the reporter to attend the event.
TNS owner Insight Partners is an investor in: The New Stack, Docker.
SHARE THIS STORY
RELATED STORIES
How Donating Open Source Code Can Advance Your Career How Boeing Uses Cloud Native Docker versus Kubernetes: Start Here Takeaways from the ESG GitOps and Shift Left Security Survey Open Source Underpins a Home Furnishings Provider’s Global Ambitions
THE NEW STACK UPDATE A newsletter digest of the week’s most important stories & analyses.
The New stack does not sell your information or share it with unaffiliated third parties. By continuing, you agree to our Terms of Use and Privacy Policy.